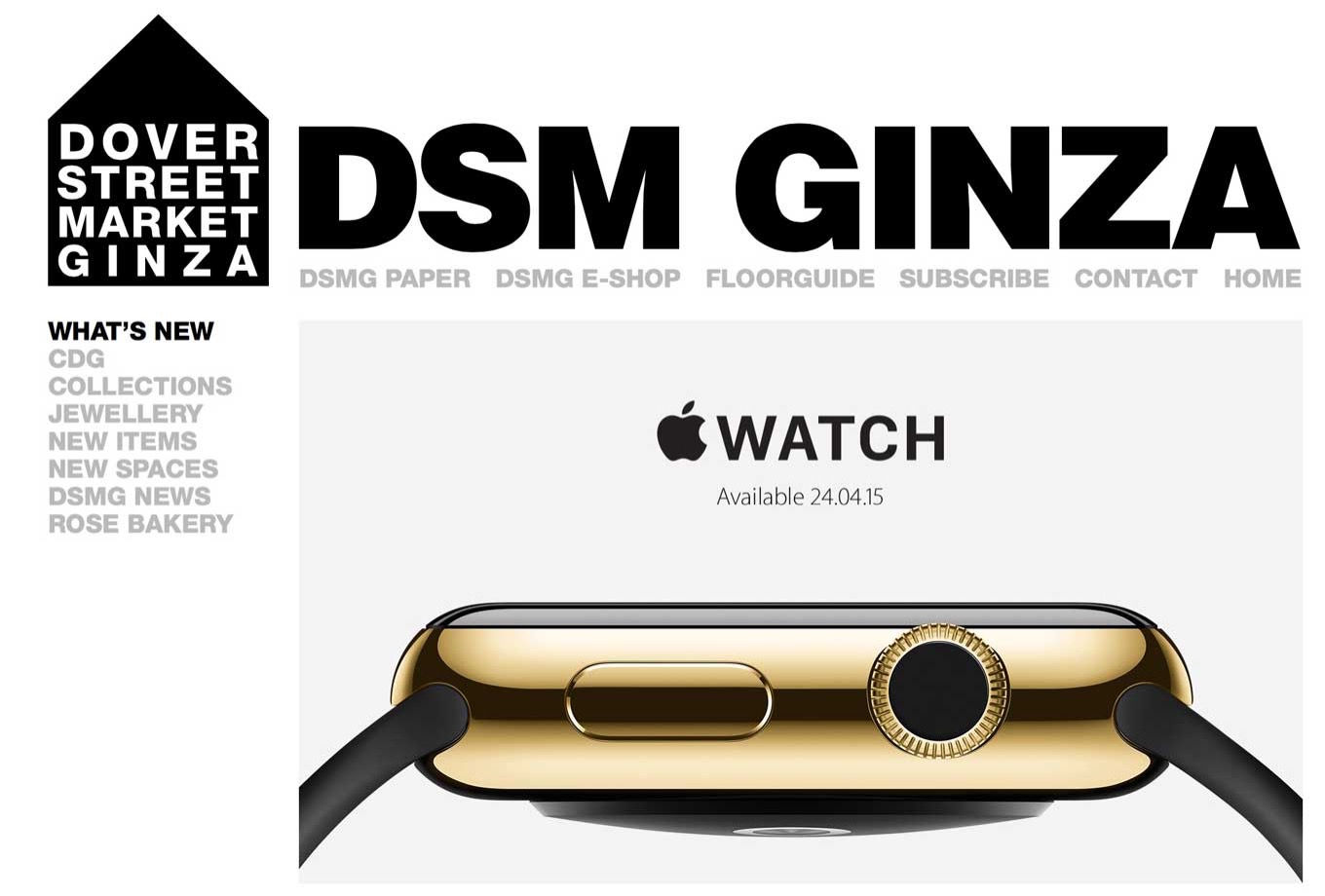 As it turns out, you will be available to buy the Apple Watch in stores on Friday—just not Apple’s. The New York Times is reporting that select destination fashion boutiques around the world have their own stock, and will be offering the wearable for sale at the end of the week.

This isn’t top secret information. Premium retailers such as Dover Street Market in Tokyo and London, Maxfield in Los Angeles, Colette in Paris and 10 Corso Como in Milan have all been openly advertising that the Apple Watch would be available “in-store” on Friday, April 24.

And we’re not just talking about a handful of $10,000 models either. Head of Dover Street Market Adrian Joffe told the New York Times that they would have around 350 Apple Watches in their Ginza store and nearly 600 in London, and neither store will have Editions on hand .

Apple has taken criticism over the extremely limited availability of the Apple Watch thus far. That may not be the case for long, though, as earlier today it began notifying customers with May and June arrival dates that their Watches would be shipping sooner than expected.