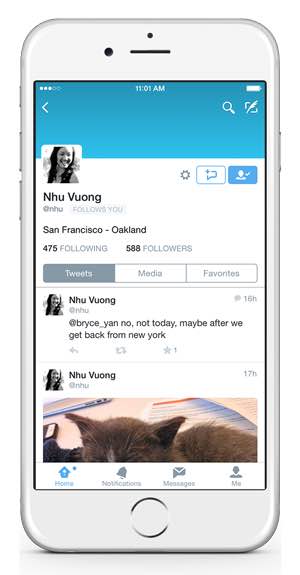 Twitter apps for mobiles are getting a small yet significant update Monday, bringing out the ability to receive direct messages (DMs) from anyone. The company originally rolled out this feature as an experiment in October 2013 only to pull it the following month because it was unfinished and not ready for prime time yet. You opt-in to use the new feature by ticking a box next to “Receive Direct Messages from anyone” in the settings.

This lets anyone on Twitter send you a private message, regardless of whether or not they’re following you. Previously, direct messaging has only been possible between users who follow each other.

The current implementation doesn’t pose a major threat to established messaging services due to an account limit of 1,000 DMs sent per day. Once you hit this limit, you won’t be able to send any more DMs for the day. The update is currently rolling out to App Stores around the world so check back in a few hours if it’s not live yet.

Should you elect to receive direct messages from anyone, keep in mind that any Twitter user will be able to send you direct messages — again, regardless of whether or not they’re following you back.

Once enabled, a new Direct Message option will become available on your contact page in Twitter for iPhone and iPad. The company argues in a blog post the feature opens up “a powerful and engaging messaging experience” for users, even “beyond the confines of their contacts.” 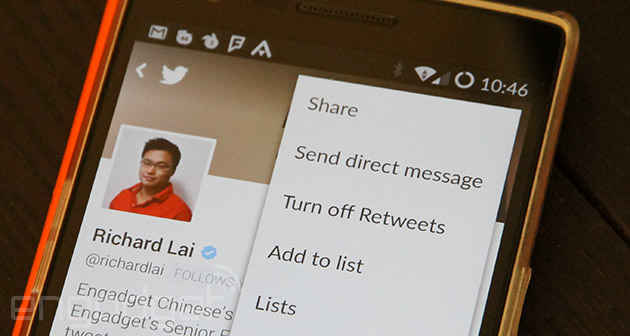 Summing up, the changes include:

If you do receive a Direct Message from someone you don’t want to privately converse with, you can still block them. More about these new changes can be read in a support document here.

“We have lots more in the works to improve Direct Messages on Twitter, so that the private side of Twitter is just as fulfilling as the public side,“ teased the startup.

A minor refresh last week brought out a richer Trends experience as a replacement for the Discovery and Activity tabs, which got removed from Twitter’s mobile apps.

The improved Trends feature now includes detailed descriptions accessible through the search button. In addition, Twitter recently enabled support for the iPhone’s slow motion videos and revamped the Quote Tweet feature, letting you add your own comments to other people’s tweets without wasting precious characters.

In other Twitter news, the micro-blogging startup revised its privacy policy over the weekend so accounts outside of the United States now fall under EU data protection rules.

As a result of this change, non-US account information is now handled by Twitter International in Dublin, Ireland and subject to Irish privacy and data protection law, which is based on the European Union’s Data Protection Directive.