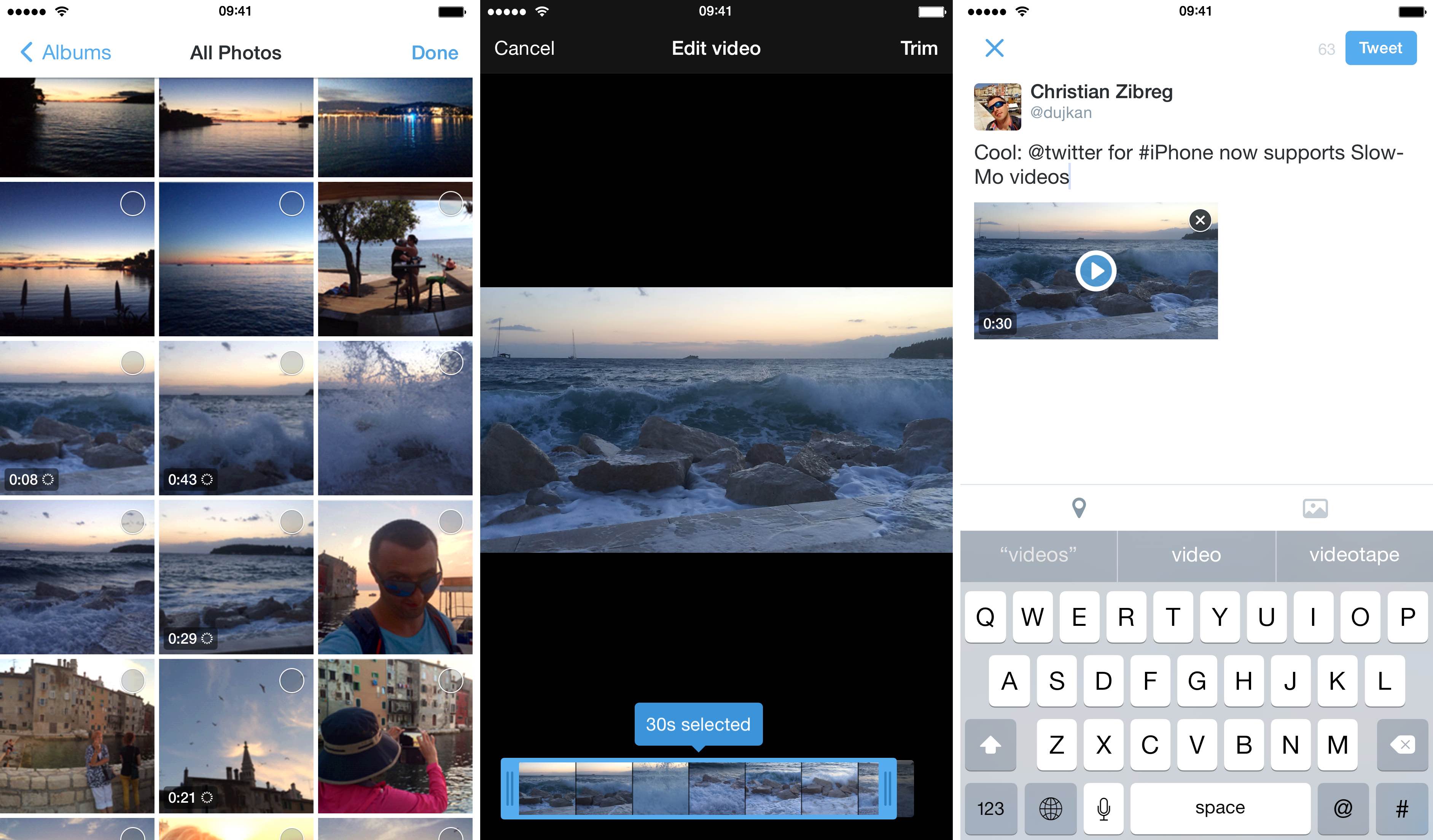 As of today, it’s now possible to share slow-motion videos using Twitter’s iPhone and iPad app, the micro-blogging service announced in a tweet. The feature has been enabled via a silent backend update so there’s no need to update Twitter’s iOS app.

As shown above, you just attach a video like you normally would via the compose sheet in Twitter’s iOS app. If the slow-motion video being attached is longer than 30 seconds, you’ll be prompted to choose a 30-second segment to share on Twitter.

This will store a trimmed version of the original video in your iOS Camera roll so you may want to manually delete it afterwards.

Twitter is available at no cost in the App Store and Mac App Store.