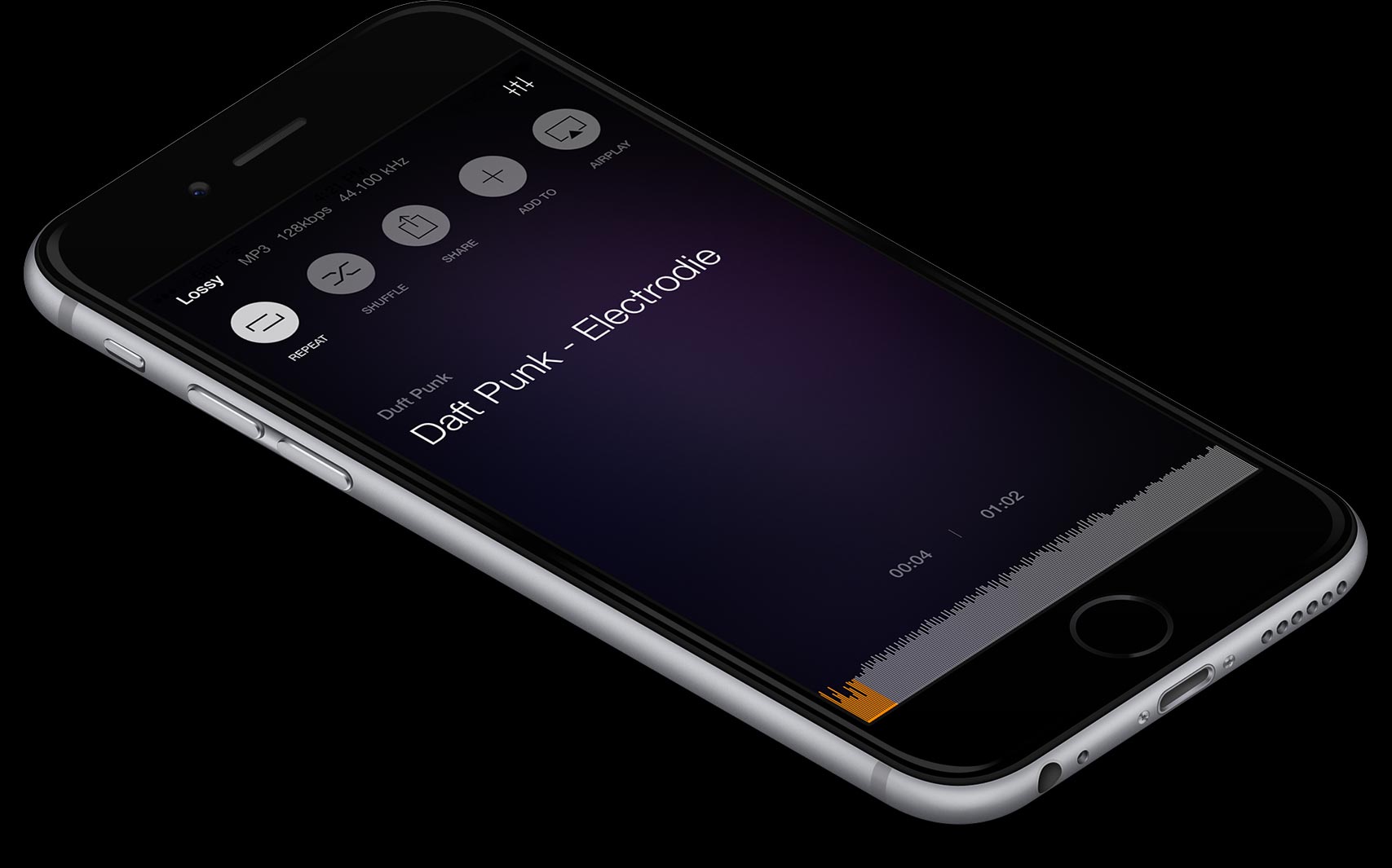 VOX Music Player for Mac by Coppertino Inc. has gone iPhone. Available at no cost in the App Store, the application lets you enjoy high-quality music encoded in the lossless FLAC format on your iPhone, iPod touch or iPad.

Of course, you can play the usual assortment of lossy audio files, too, including MP3, AAC and just about any type of audio file format you could think of. For example, the app is capable of rendering music formats like APE, WMA and CUE which are not supported by iTunes natively.

Your music can also be cached for playing offline.

It marks the first time the VOX Music Player has expanded beyond the Mac. In addition to desktop-class sound on your iPhone powered by BASS, the all-in-one music player features a gorgeously designed interface with flattened design and translucency, as evidenced by the screenshot below.

“Sound quality on iPhone is a huge barrier for software and hardware,” developers noted. “The VOX Audio Engine is built with enhanced BASS technology to deliver maximum output on iPhone’s embedded DAC”.

VOX for iOS supports a number of popular music sources, ranging from your own iTunes library and personal music collection to online sources such as SoundCloud, Rdio, Last.FM and many more. 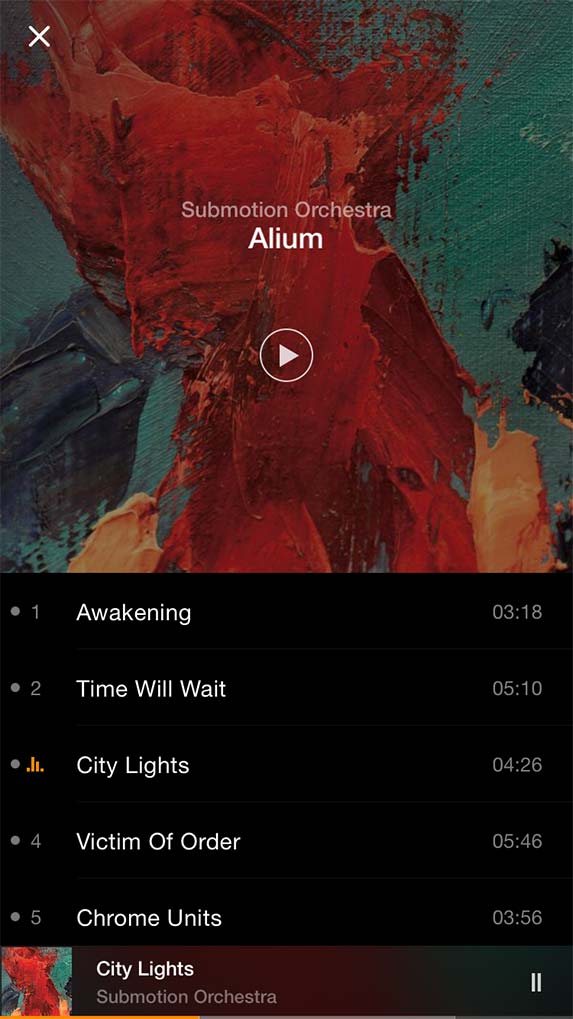 In addition to these powerful features, the application integrates with LOOP, a brand new personal music locker in the cloud from VOX with infinite free space and unlimited offline cache.

With LOOP, a paid service, users can synchronize, stream and cache their entire music library between the Mac and iPhone — in full quality for crisp-clean sound.

Built into both the VOX Music Player for Mac and the new iOS app, the service costs $4.99 per month or $49.99 on an annual basis. By comparison, Apple’s own iTunes Match scan-and-match service is available at $24.99 per year, but it only supports lossy MP3 and AAC formats.

In addition to the new iOS app, Cuppertino has refreshed VOX for Mac with several new features and a bunch of enhancements. 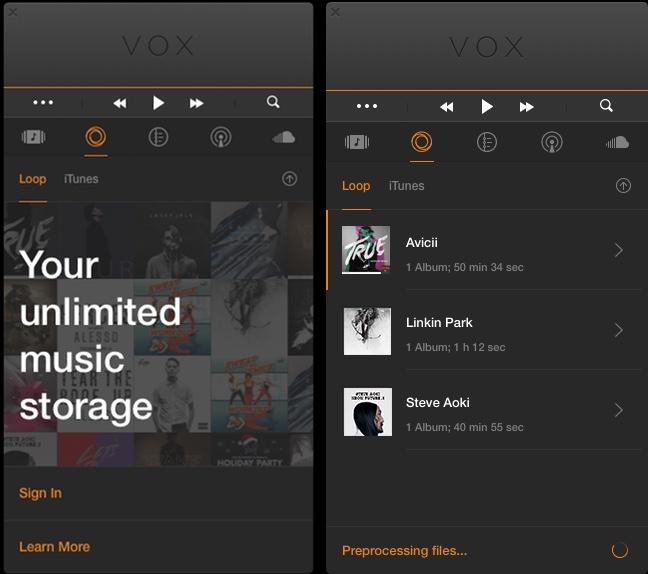 The 30.5-megabyte software requires an iPhone, iPod touch or iPad with iOS 7.1 or later, but keep in mind it doesn’t have a native iPad interface so it’ll run blown up on your Apple tablet.

The app is rolling out and should be available later today.

The Mac edition is available at no cost in the Mac App Store.