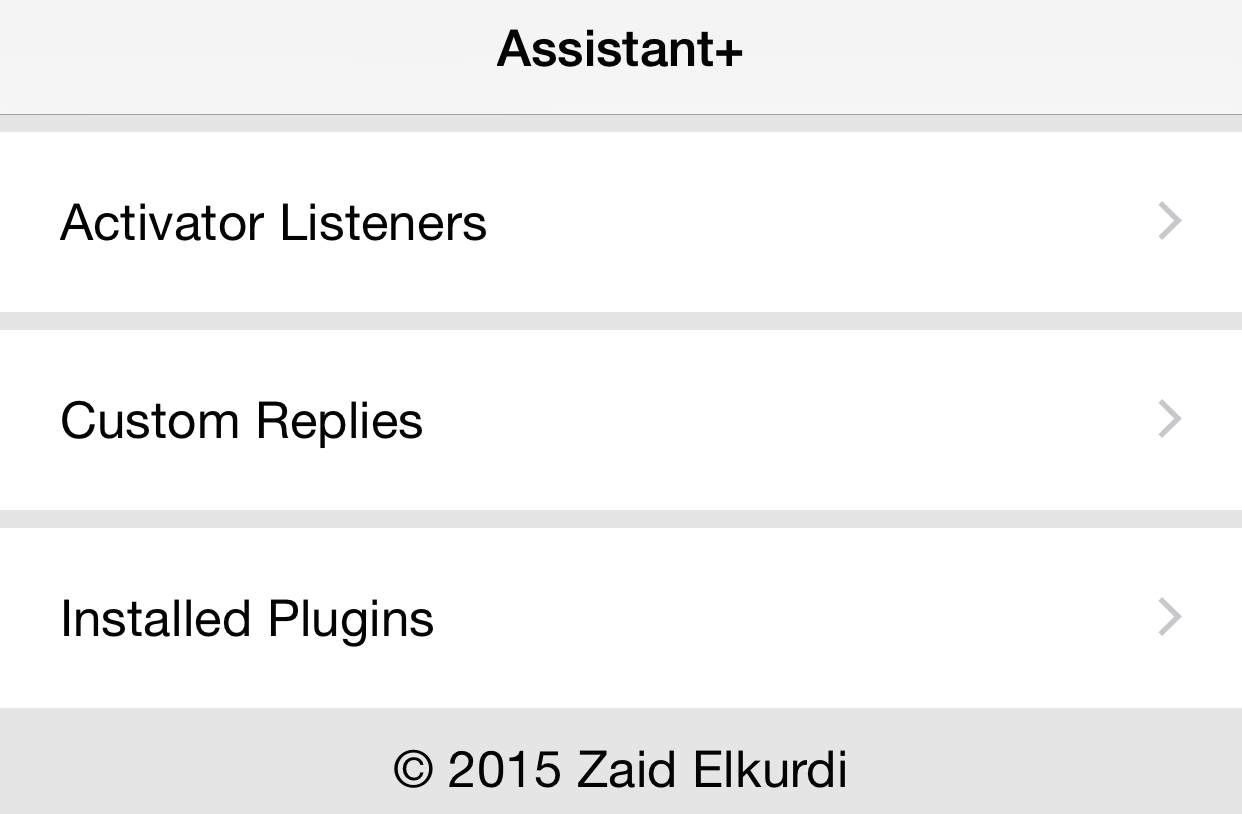 If you’re a big fan of Siri, or even if you’re a bit down on the virtual assistant, listen up. Assistant+ can significantly enhance Siri and its capabilities by allowing it to interface directly with Activator.

Activator, the jailbreak tweak that allows you to assign a variety of actions to assorted gestures, is incredibly deep on its own. But when given the ability to invoke the many Activator events with Siri, things really get interesting.

Imagine activating a car mode by saying “Siri engage car mode”. All of the sudden, your Bluetooth connection comes on, Wi-Fi goes off, the volume is boosted, and Spotify is launched. That’s just the tip of the iceberg when it comes to the things that you can do with Assistant+.

Once installed, you’ll find an app icon for Assistant+ on the iPhone’s Home screen. From this app, you can customize Activator listeners, set up custom replies, and view installed plugins. Yes, Activator+ supports plugins, so the possibilities here are pretty much endless.

Assistant+ comes bundled with one plugin, and that is the custom replies feature mentioned previously. Custom replies allow you to make Siri reply to specified phrases with your own custom response. For example, I could create a custom reply  for when ever I say “Who is Sebastien”. The custom reply could be “Sebastien runs iDownloadBlog”. Of course, the possibilities here can get much more complex, interesting, and humorous.

When setting up a listener, you’ll need to give it a name and a trigger. Once you do, open Activator’s preferences, and find the name of the listener. You can then assign one or more events to that listener. 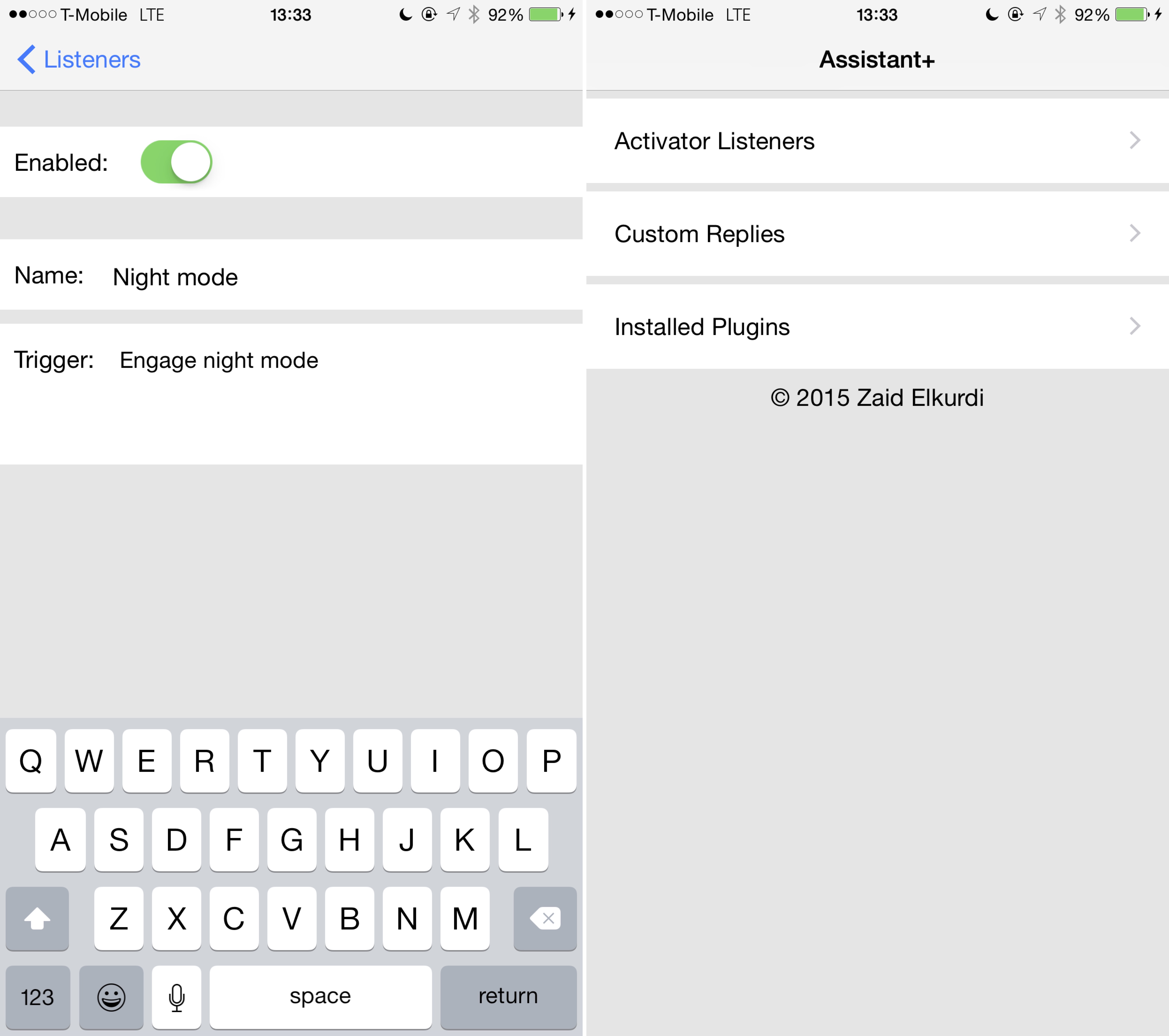 Now it’s just a matter of invoking Siri and speaking the listener’s trigger. This will cause Siri to execute the Activator event. As you might imagine, the sky is the limit when it comes to using Assistant+’s listeners feature.

I set up a listener called night mode with a trigger named engage night mode. I then ventured into Activator’s preferences, found the listener, and assigned it with events that I would want to happen at night time before bed. For example, I enabled Do Not Disturb, turned down the brightness, disabled Bluetooth, and Locked the screen. Now I could perform all of these actions at once just by invoking Siri and telling her to engage night mode. 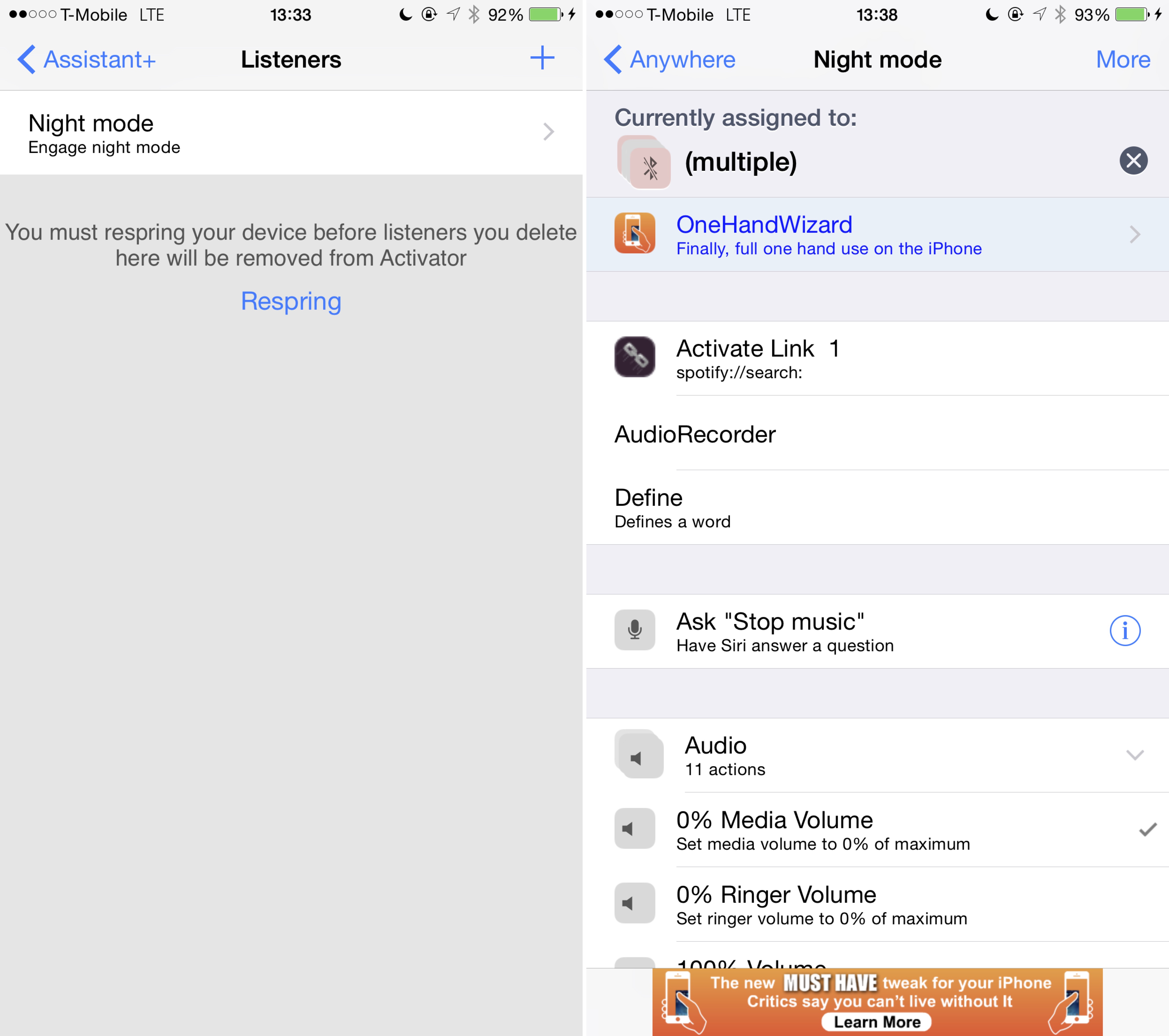 Needless to say, Assistant+ is one of the more promising tweaks that we’ve seen this year. The idea isn’t new, as we’ve seen tweaks like AssistantExtensions do similar things in the past. But having enhanced Siri functionality on iOS 8 is a new thing, and I think it should be recognized by the community.

What do you think about Assistant+? You can download it for $1.99 on Cydia’s BigBoss repo. Sound off in the comments with your thoughts and experiences.