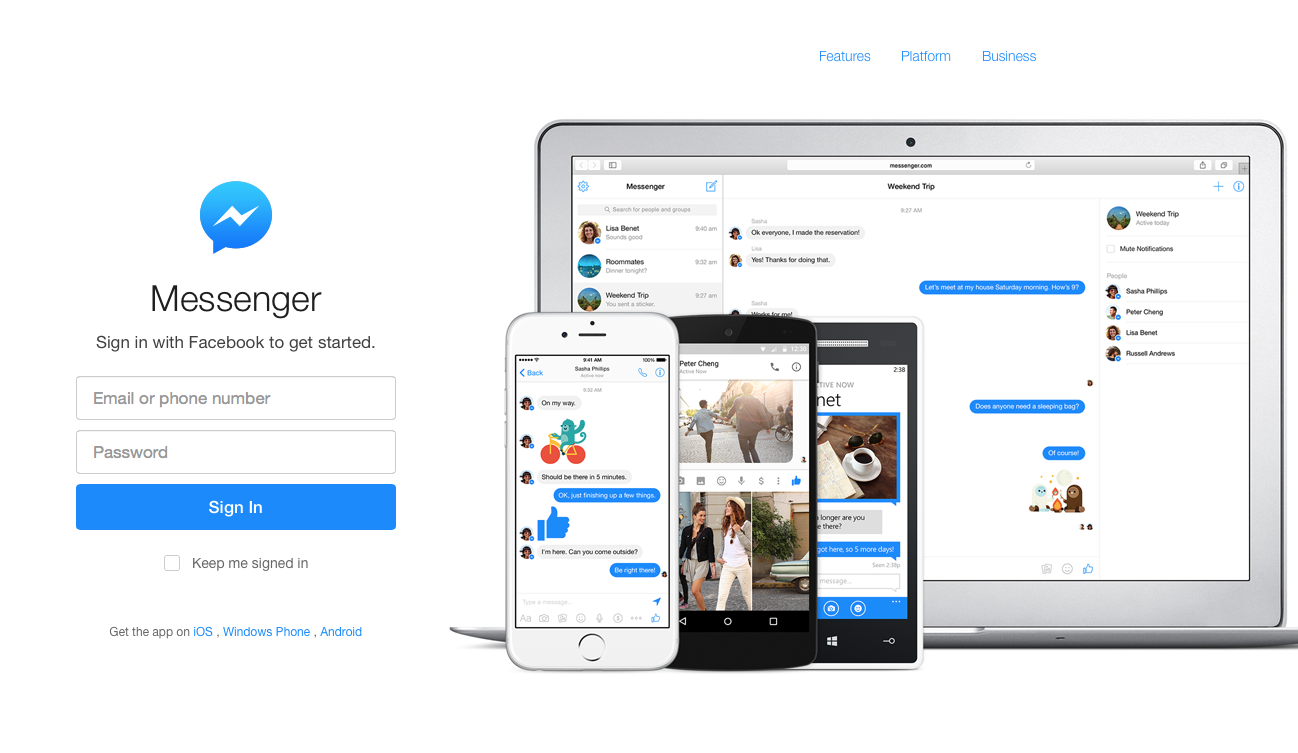 Facebook on Wednesday unveiled a new standalone web version of its Messenger chat service, giving users a way to message their friends and family without dealing with News Feed and other interruptions. It can be accessed at Messenger.com, and can be used in a browser tab on your desktop the way you’d use the mobile app.

“Messenger.com is for users who want to message without the other distractions that Facebook can provide,” a spokesperson told Recode. “If you’re messaging through Facebook, that means News Feed and your friends’ user profiles are nearby. Messenger.com is about focus.”

Today’s move falls in line with Facebook’s decision to launch a standalone Messenger app for mobile devices back in 2011, which it later forced users to switch to when it removed Messenger functionality out of its flagship mobile app. The company says, however, that it has no intentions of removing messaging from its core website.

Messenger.com will (of course) require a Facebook account, and offer support for a lot of the features you know and love—including the recently-launched peer-to-peer payments. The website will become available to English-speaking users worldwide beginning today, and will begin rolling out to other languages in the coming weeks.