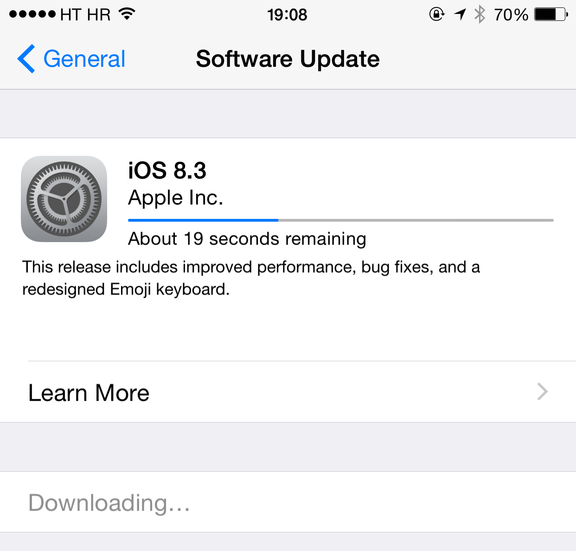 In addition to releasing OS X 10.10.3 to the public this morning, Apple has also rolled out iOS 8.3. The update, which developers and members of Apple’s public beta program have been testing since February, includes a number of new features and improvements.

Among those new features is support for Wireless CarPlay, which allows folks with vehicles or head units that support the feature to use CarPlay without dealing with cables. There is also new, more diverse emojis, additional language support in Siri, Safari fixes and more.

Interestingly enough, the new firmware comes just a few days before the Apple Watch is slated to become available for pre-order, but there doesn’t appear to be any new Watch-specific features or changes. There was plenty of that in 8.2, though, which landed in March,