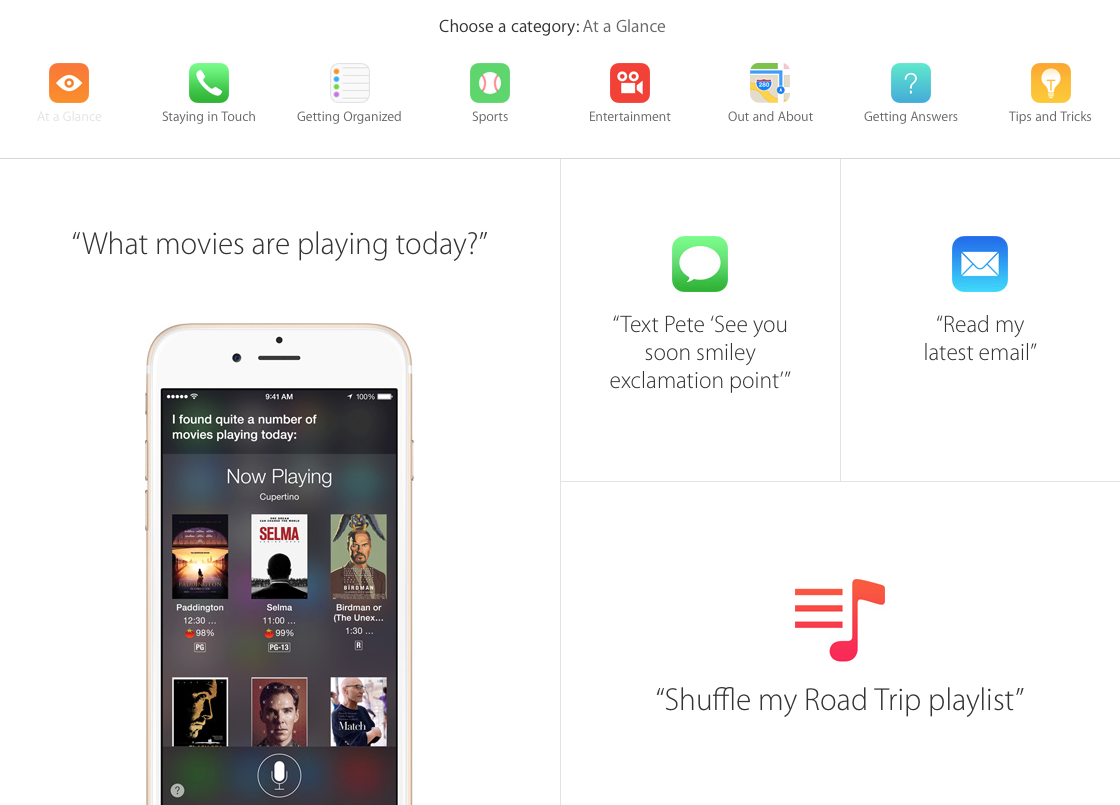 Apple on Wednesday launched a revamped Siri website with a slew of changes, including an all-new design and several other improvements. Atop the new page is a video of Siri in action, followed by a comprehensive page of information on the digital assistant’s features.

Users can now sort Siri’s abilities into categories, such as ‘Staying in Touch, Getting organized, Sports, and Entertainment. There are also dedicated sections for how to get directions and how to find answers to commonly-asked questions, all by talking to your device.

Each section features a myriad of images, arranged in tile form, that range from screenshots of Siri and other apps, to icons, to query examples. There are some very useful tips here that I imagine even those who have been using the assistant for years may not be aware of.

In short, the new Siri website isn’t groundbreaking or anything, but it is definitely prettier and more useful than its predecessor. It also comes as at a good time, just weeks before the Apple Watch—which relies heavy on Siri and voice commands—is set to make its official debut.