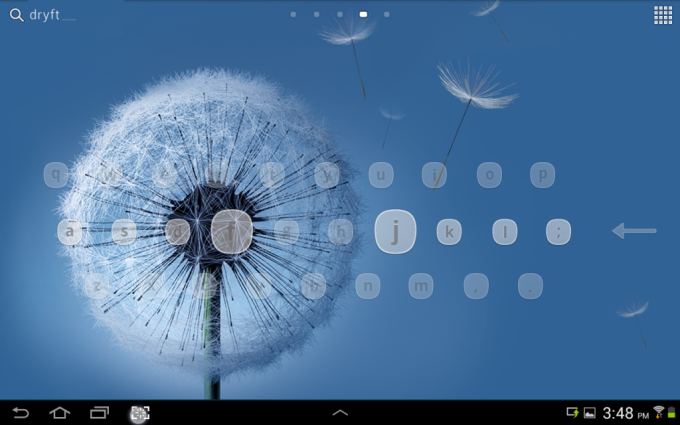 Apple quietly purchased Dryft, a startup that develops keyboard apps, according to a new report from TechCrunch. The site says that the acquisition happened sometime last year, but the financial terms of the deal are still not known.

Dryft, who TechCrunch notes was a finalist in its 2013 Disrupt startup battlefield competition, gained notoriety for its custom mobile keyboard that would only appear when the user placed their fingers on their device’s display.

It’s not clear whether Apple acquired Dryft for its assets or its talent (Marsden co-founded Swype), but either way it could use the help. While the company opened up its mobile platform to custom keyboards in iOS 8, the stock iOS keyboard has remained relatively stagnate in form and function for the past several years.