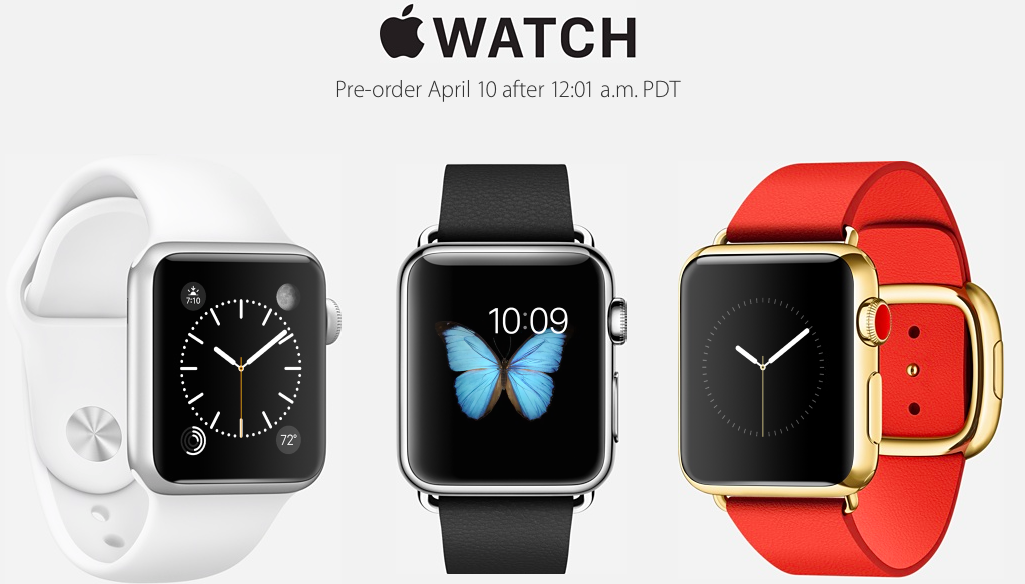 Apple previously said that pre-orders for the Watch will kick off on April 10. Today, the company has confirmed that it will start taking pre-orders for the wrist-worn device right after midnight on the West Coast at 12:01am Pacific Time on Friday, April 10, 2015.

Moreover, the Cupertino firm has also communicated precise pre-order dates and times for other markets via the refreshed Apple Watch sections of its international online stores.

For example, users in the United Kingdom will be able to pre-order their device on April 10 at 8:01am local time. In Australia, people can pre-order their Watch on the online store at 5:01pm AEST, and so forth.

In addition to the online store, the company will also be taking your pre-orders through the official Apple Store app for the iPhone and iPad.

The $349 aluminum Apple Watch, $549 stainless steel Apple Watch and $10,000 18-karat gold Apple Watch Edition lineup comes in two sizes — 38mm and 42mm — along with a number of straps available across collections and for each size.

And as reported earlier today, an extended warranty coverage in the form of AppleCare+ for the Watch will be available in three tiers:

Beginning April 10, the device will also be available for preview, try-on by appointment at Apple’s retail stores. On Friday, April 24, Apple Watch will go on sale in the aforementioned markets, with more to come at a later stage.

The Watch will be available online or by reservation in Apple’s retail stores and select Apple Authorized Resellers in China and Japan, said the firm, including Galeries Lafayette in Paris, Selfridges in London and Isetan in Tokyo.

Customers who purchase online or in-store from Apple will be offered Personal Setup to customize and pair Apple Watch with their iPhone.