If you’re a fan of Barrel, the well-known jailbreak tweak that brings animated transitions to the iOS SpringBoard, then you’ll be happy about this news. Today, it received an update that brings two new modes to the table. Introducing: Swirl and Whirlpool.

Swirl is a new mode that adds an orbiting rotation to the Home screen app icons as you swipe to a new page. It fades in the icons from a new page, and fades out the icons from the previous page, all while performing the swirl animation.

The second mode, Whirlpool, is very much like Swirl, except it is more intense and tighter wound. 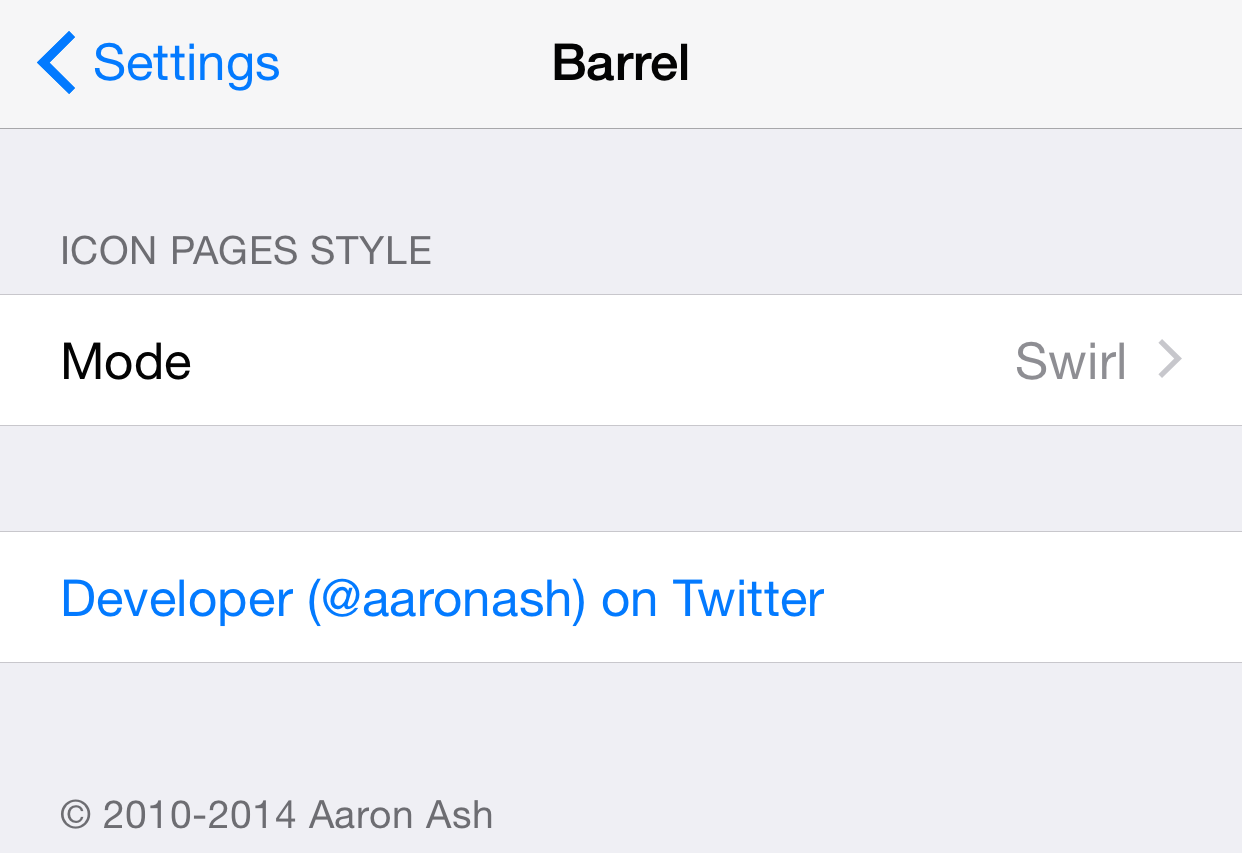 One update that I’d like to see developer Aaron Ash make is with the Barrel app. Although the app is nothing more than a mirror image of the tweak’s preferences, which is obviously optimized for the larger iPhone 6 screen, the app isn’t yet optimized.

Released a Barrel update today, 2 new modes. Not even an April Fools joke!

Overall, this is a good update, and it’s free. Of the two new modes, I prefer Swirl. Because it’s not as complex, it’s easier to appreciate the details of the animation.

If you already own Barrel, this is a free update. If you’ve yet to purchase it, then you can find it for $2.99 on the BigBoss repo.

What do you think about the update?