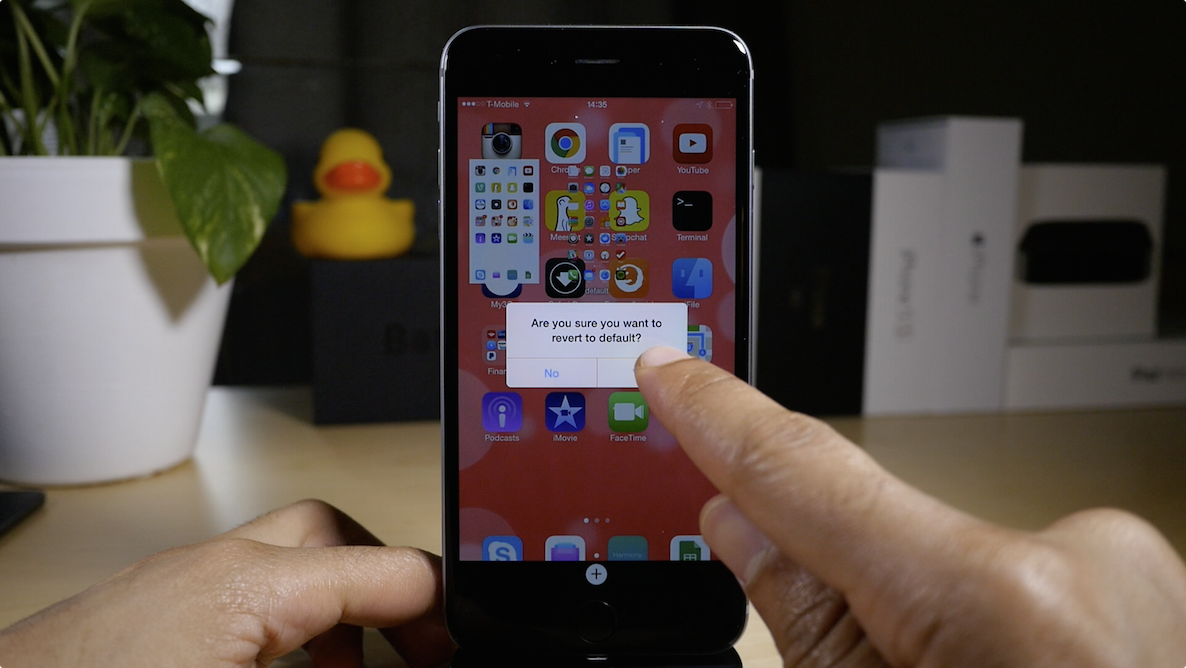 One of the reasons why I’ve never been heavily into theme reviews is because of the time it takes to set up the theme and revert my Home screen configuration after testing. Many themes only support certain apps and app icons, hence, it requires a lot of app icon rearranging to aptly show off the theme in question.

I can’t remember where I read the comment, but an iDB commenter mentioned SetBack as a possible solution to my problems. It claims to allow you to restore your SpringBoard layout with ease. Yesterday, I tried SetBack for the first time, and he was right, it is the solution that I needed, and you might like it too.

Once you install SetBack, you’ll find an app icon for it on the Home screen. Launch the SetBack app, and tap the ‘+’ sign at the bottom of the screen to establish a saved configuration.

I then reopened SetBack, and tapped on the configuration that I had previously saved. After confirming my wishes, SetBack began the restore process and caused my iPhone to respring. After unlocking my iPhone, it was immediately evident that my Home screen layout was back as it was prior to starting my test. SetBack worked perfectly in this regard.

Along with HomeScreen icons, SetBack claims that it can restore tweak preferences, wallpapers, WinterBoard themes, and pretty much anything else. I did test its ability to restore wallpaper, and that didn’t go so well. I found that my iPhone remained on the wallpaper that I had changed to, even when restoring with SetBack.

Keep in mind that iOS 8 users may run into issues where they’ll need to reboot instead of respringing to enact the changes.  I tried rebooting to see if I could get the wallpaper working, but it still didn’t work.

So SetBack didn’t work perfectly, but it did work perfect in the thing that mattered most to me—restoring my SpringBoard icon layout. In that regard, I can wholeheartedly recommend SetBack, and I’ll be using it regularly going forward. Who knows, I may even be more willing to test out themes knowing that I can quickly revert to my preferred Home screen layout in just a few seconds.

What do you think about SetBack? It’s available for $2.00 on the ModMyi repo. Sound off down below with your comments.