It’s too early to tell whether or not Apple’s latest one-port Mac notebook spells doom for MagSafe, Apple’s proprietary magnetically attached power connectors. Be that as it may, a duo of entrepreneurial engineers is taking a page from Apple’s book to implement magnets on the types of connectors we use the most.

Magzet, a new Kickstarter project by Jon Hallsten and Jeff Russell, is aiming to do for standard 3.5mm audio jacks what MagSafe has done for Apple notebooks.

A two-part kit features a jack on one side which goes into the headphone port of your iPhone, iPad or any other device outfitted with a standard 3.5mm audio jack. The other side hosts a magnetic adapter into which users plug in their headphones. 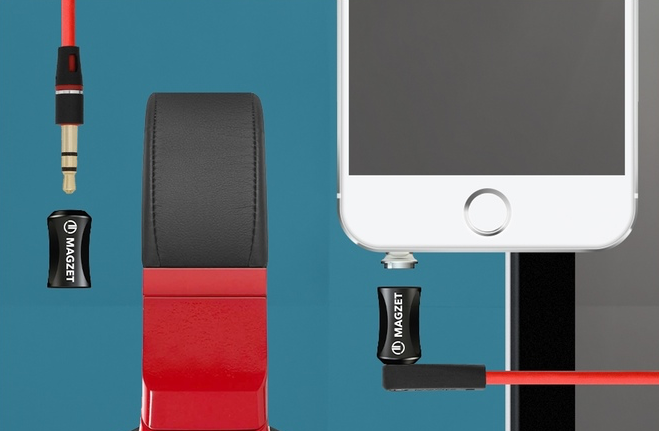 Because the accessory makes smart use of the magnets, the two pieces snap into place with automatic alignment. And if someone trips over the cord, the two sides break away easily so your headphones will stay on your head, similar to Apple’s MagSafe power cord.

The Magzet is cleverly designed so it will prevent routing sound to the speaker unless both pieces are together. The project has raised about $10,000 so far, a far cry from the self-imposed goal of raising a whopping $294,000.

Although the Magzet’s functionality is similar to the Replug, which debuted some years ago and can be still found on Amazon, that accessory is mechanical, non-magnetic and doesn’t solve the situation where audio is re-routed automatically to headset mode.

“We solved that with a patent pending solution when just our MAGjack is left in,” Magzet project lead Jon Hallsten said. “Nothing is detected on a phone until the MAGkap is mated to the MAGjack.” 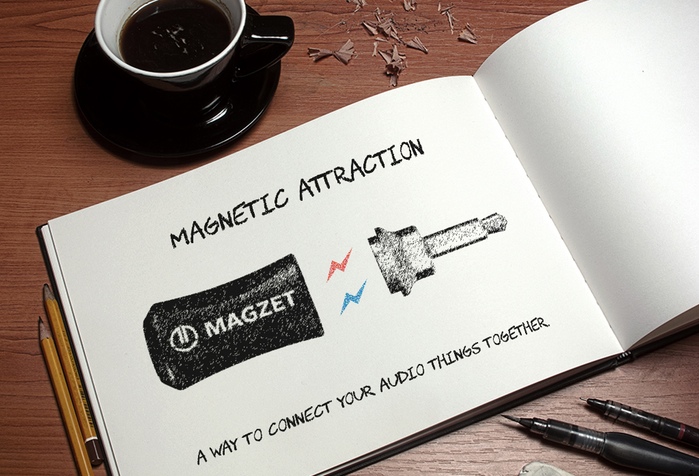 Early bird backers can get one 3.5mm jack and one Magzet adapter starting at twenty bucks plus shipping. Higher-tiered variants are available as well, including a $99 deal which nets you three adapters, five jacks and two limited-edition T-shirts.

The accessory should ship before the end of 2015.

While a MagSafe-style audio connection sounds like a terrific idea, it could be a risky move given Apple’s numerous patents on MagSafe and its history of suing vendors over making their gear MagSafe-compatible.