The new Steve Jobs biography by Brent Schlender and Rick Tetzeli is launching on iBooks this Tuesday and Apple is now offering an exclusive sneak peek into the prologue and first chapter, including Schlender’s first interview with Jobs when he moved to NeXT, as noted yesterday be the official iBooks Store account on Twitter.

‘Becoming Steve Jobs: The Evolution of a Reckless Upstart into a Visionary Leader’ should appeal to everyone who — like CEO Tim Cook — felt that Walter Isaacson’s official biography did Apple’s legendary co-founder a great disservice.

In addition to a banner on the iBooks Store’s rotating carousel, Apple is heavily promoting the free sample through iTunes marketing emails as well.

Apparently this offer is not available in each and every iBooks Store market. Specifically, the sample appears to be available on the U.S. iBooks Store for the time being.

I’m on a US iBooks Store but the free sample wouldn’t show up in iBooks on my iPhone, iPad and Mac at post time.

I’m not sure if this has something to do with the fact that I pre-ordered ‘Becoming Steve Jobs’ two weeks ago or maybe due to the changes not having propagated yet through Apple’s servers around the world.

Be that as it may, it’s nice to see this forthcoming biography receiving such a strong marketing push by Apple.

Be the first to read an exclusive sneak peek from Becoming Steve Jobs by @brentschlender & @tetzeli. http://t.co/pI3fKUOpAj

Published by The Crown Publishing Group and written by veteran Wall Street Journal and Fortune reporter Brent Schlender, who is 58 years old, and Rick Tetzeli, Executive Editor with Fast Company, the 464-page read will be the Steve Jobs biography that true fans deserve. 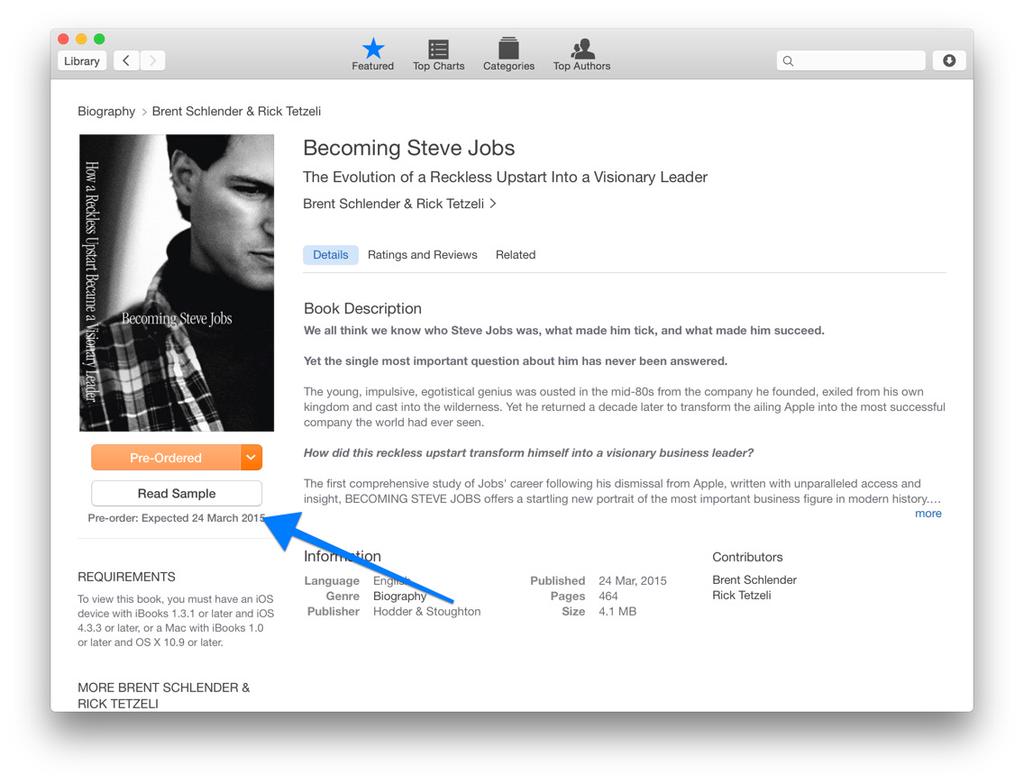 Apple executives seem to be in full support of the book.

“There have been many books—on a large and small scale—about Steve Jobs, one of the most famous CEOs in history,” reads the blurb on the iBooks Store. “But this book is different from all the others.”

That’s quite the endorsement from Apple. 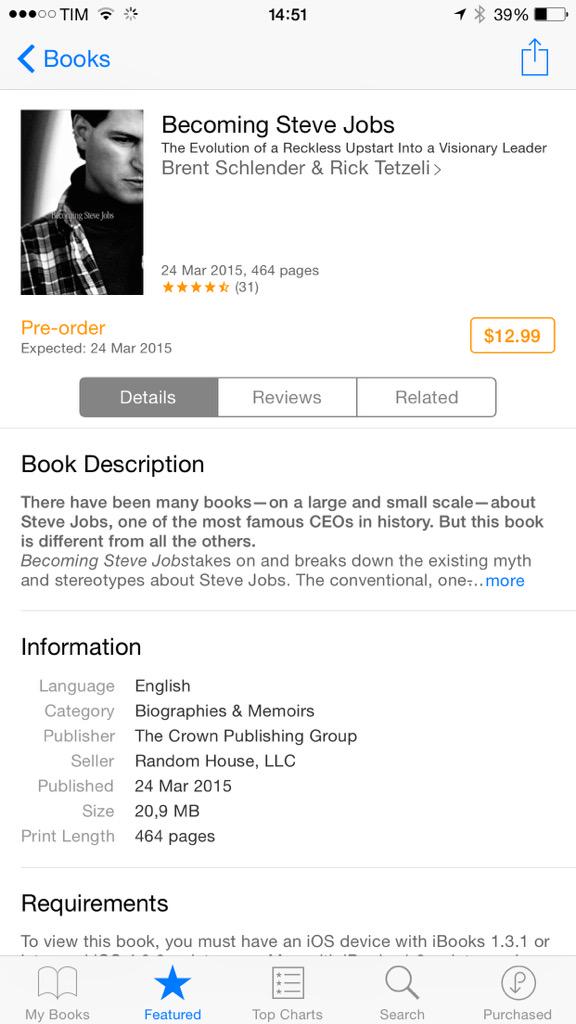 “I thought the Isaacson book did Jobs a tremendous disservice,” Cook reportedly says in the new book.

“It was just a rehash of a bunch of stuff that had already been written and focused on small parts of his personality,” he continued.

“You get the feeling that Jobs was a greedy, selfish egomaniac. It didn’t capture the person. The person I read about there is somebody I would never have wanted to work with over all this time. Life’s too short.”

Best portrayal is about to be released – Becoming Steve Jobs (book). Well done and first to get it right.

Among the tidbits that leaked online is the claim that CEO Tim Cook offered to donate part of his liver to Jobs, who refused the idea outright.

“Somebody that’s selfish doesn’t reply like that,” Cook was quoted as saying in the book. Another chapter describes how Apple’s mercurial co-founder once called Cook’s mother on the phone, suggesting her son live a more social life.

You can pre-order yours via Apple’s iBooks Store and on Amazon’s Kindle Store for $15 a pop. The hardcover edition from Crown Business is available on Amazon for $21.78 (regularly $30).