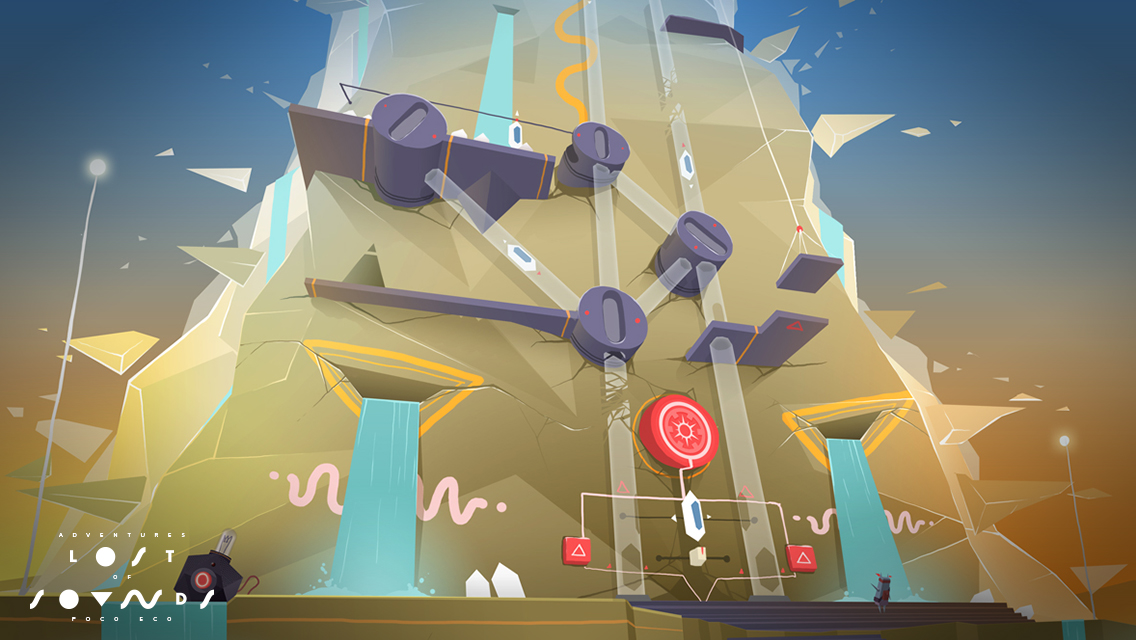 There have been a number of bands and artists that have collaborated with app developers to come up with a way to release an album digitally. There are apps with videos, scrapbook style content, and even strange visual elements.

The game stars Poco Eco, who is tasked with finding his tribe’s lost sound. Carrying around a cassette tape with special powers, Poco wanders around a fantasy future landscape where the beats help solve riddles.

Players navigate their environment following a flying red cube called LEDBug. This little electronic sprite points you in the right direction, but you must solve puzzles in order to reach him. 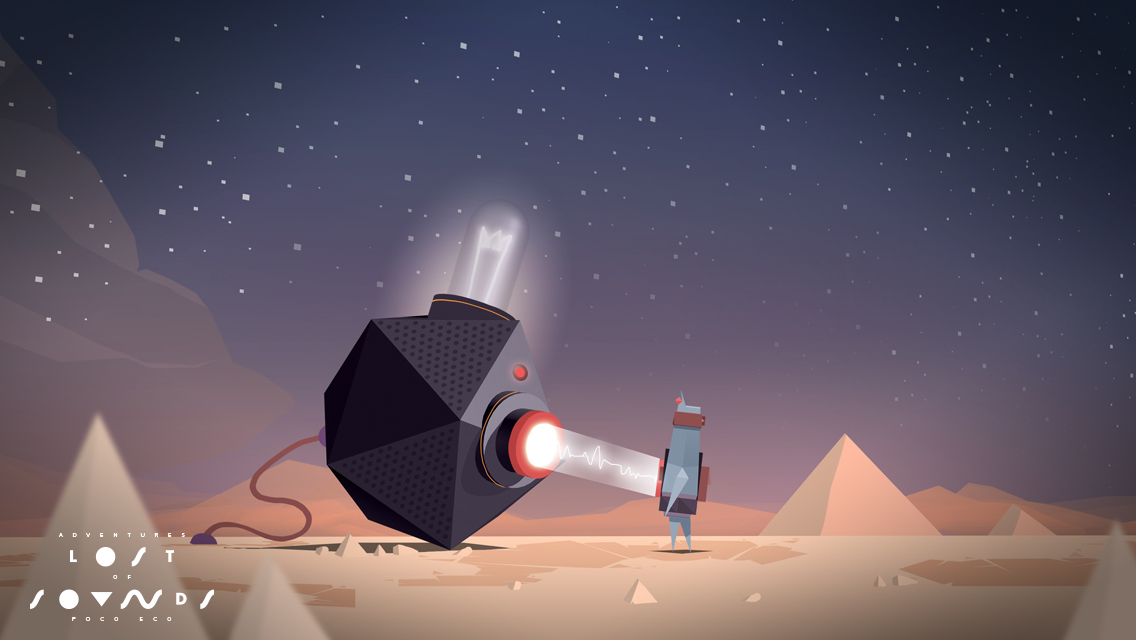 Most of the game mechanics are based on button pushing. Players must first find the Amp and supply it with music that is piping through the cassette tape on Poco. This activates a number of buttons to open doors, rotate pathways, and lower bridges. Step on a button to trigger an action. Different buttons move different elements of the environment, so players must figure out which one is right. If you rotate the pyramid too far, you may miss the doorway that will lead to the lower floor. If you rotate a pathway in the wrong direction, you may find yourself at a dead end. 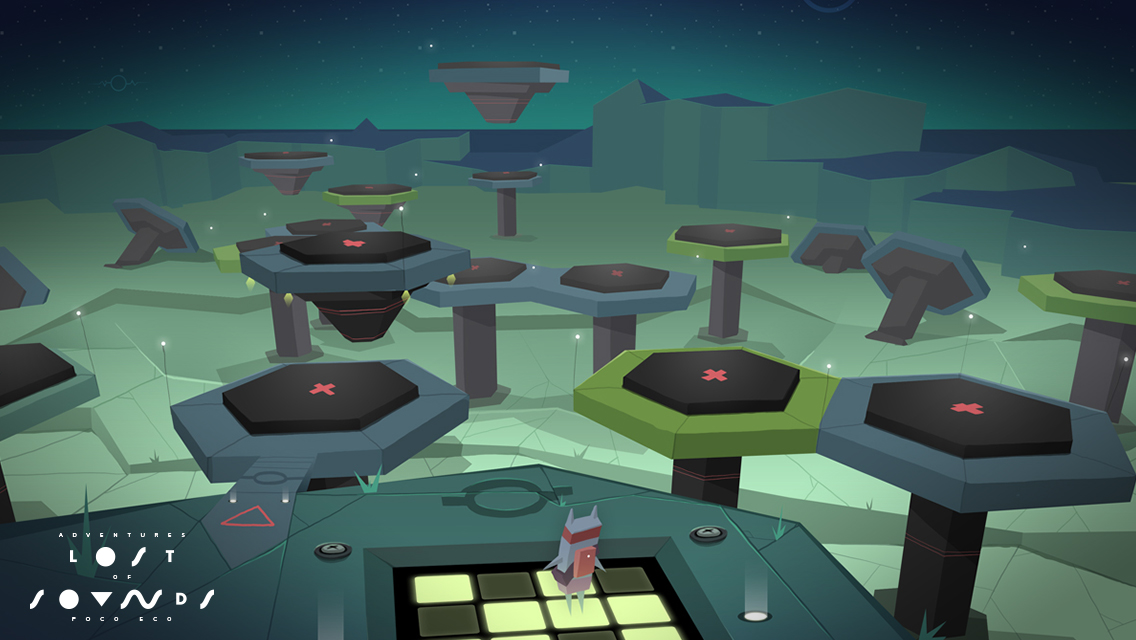 There are 12 levels across a multitude of visually striking environments. Players can explore the world at a relaxed pace, taking in the sights and sounds, or play in Quick Adventure mode to move from level to level at a faster pace.

The idea behind the game started with Iamyank and his former coworkers at POSSIBLE, the game’s developer. The collaboration produced this graphic arts game set to an electronic soundtrack.

When you purchase the game, it comes with free access to listen to Iamyank’s Lost Sounds album in its entirety. You don’t have to play the game to hear the music.

Adventures of Poco Eco – Lost Sounds costs $2.99, which is a bargain when you consider that the price of the album on band camp is about $4.50. It is available on the iPhone, iPad, and iPod touch. Download it in the App Store today.

What do you think of this atmospheric, electronic puzzle game? Let us know I nthe comments below.