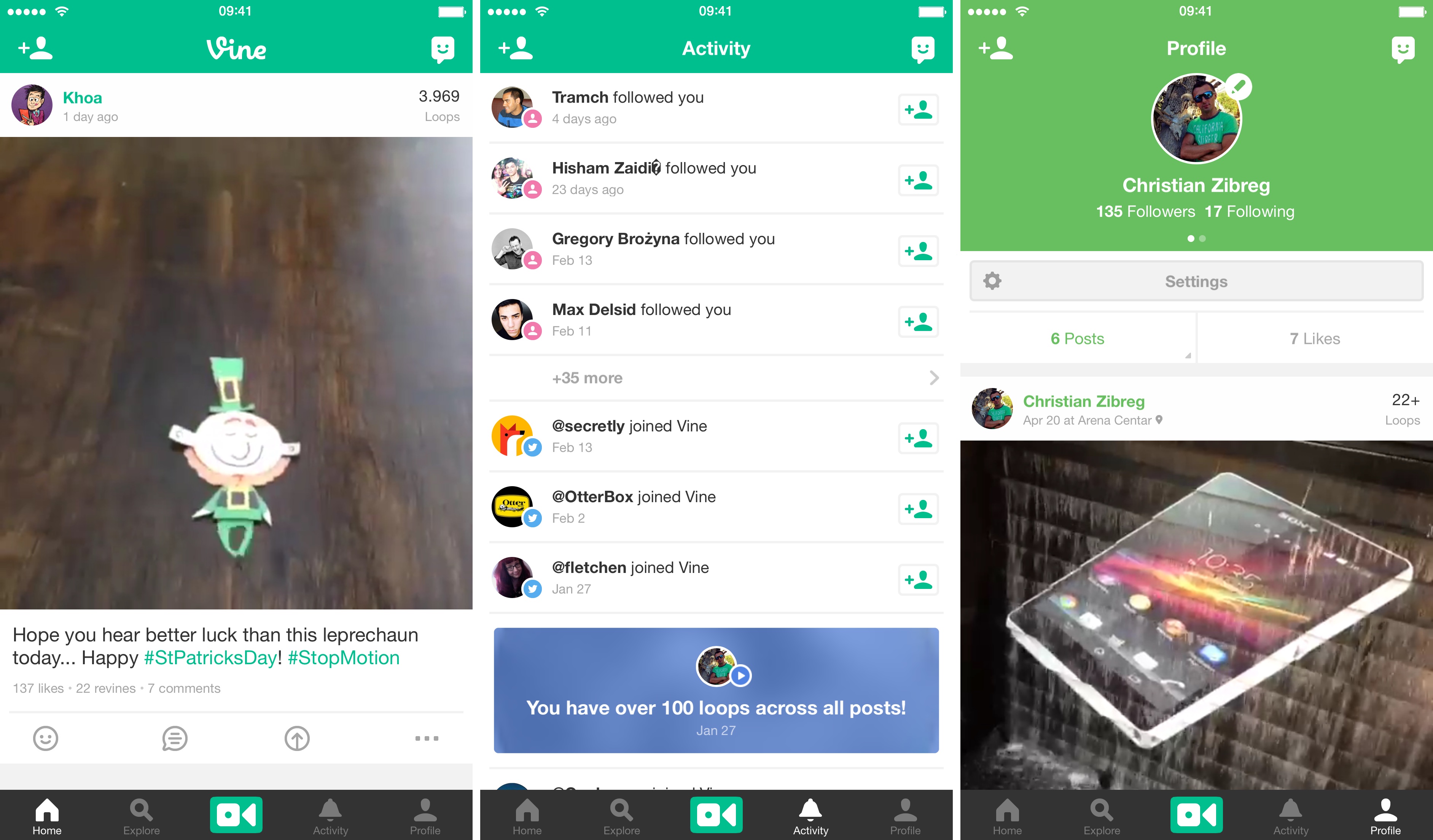 Vine, a Twitter-owned video service that lets anyone share funny looping clips with the web at large, or just their followers, has received a nice update Wednesday.

Available as a free update in the App Store, the app now lets fans watch Vines quicker than ever, even with a slower or no Internet connection. You’ll also see that posts show up more quickly than before.

Pictured below: the difference in speed and network fetching between a previous version of Vine on the left and the updated edition on the right.

In both cases, the device is offline.

But how on Earth is the app able to display Vines even when you’re without an Internet connection? Two words: background fetching.

Basically, the app starts downloading your Home feed, Activity notifications and Vines in Explore before you even open it. For this to work, the Background App Refresh feature must be enabled in the General section of iOS’s Settings app (and Vine turned on there).

“We’ve also implemented network caching and introduced a new, smaller video file size that can be downloaded much faster when someone has a slower Internet connection,” said the team. Similar changes will be coming soon to Android, they said.

If you have children, make sure to introduce them to Vine Kids, a safe place to browse funny human curated clips aimed at the young ones (you may also want to check out YouTube Kids while you’re at it).

Download Vine free of charge from the App Store.