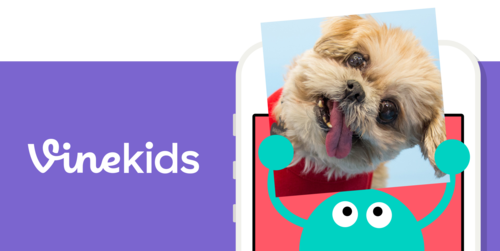 The idea for an app apparently came after one of Vine team members realized how much his two-year-old daughter enjoyed watching funny Vines.

The team then set out to create an iOS app that would act as a safe place for children to enjoy funny Vines without being exposed to, you know, adult or otherwise questionable content that people share on the service.

“Swiping right or left shows a new Vine, and you can tap the screen to hear quirky sounds,” said Vine. The app was put together during Hack Week, when Vine engineers are typically free to work on projects outside of their day-to-day work.

Vine Kids will be launching in the App Store soon.