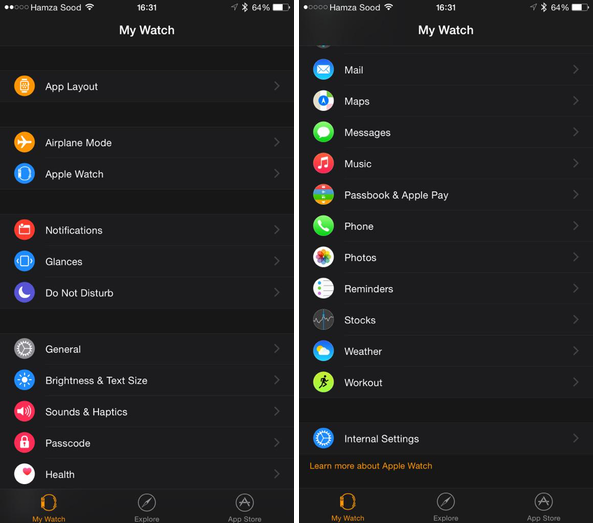 Today, developer Hamza Sood, known in the community for his in-depth analysis of iOS betas, tweeted screenshots of what the Apple Watch companion app for iPhone will look like when an Apple Watch is connected. The layout is similar to iOS’s Settings app, but features a dark theme and rounded icons.

From the screenshots, it appears that users will be able to customize app layout, notifications, glances, watch orientation, and more from their iPhone. Feedback such as Apple Watch alert volume and haptic strength each have their own sliders, and the ‘Cover to Mute’ feature can be toggled on or off. 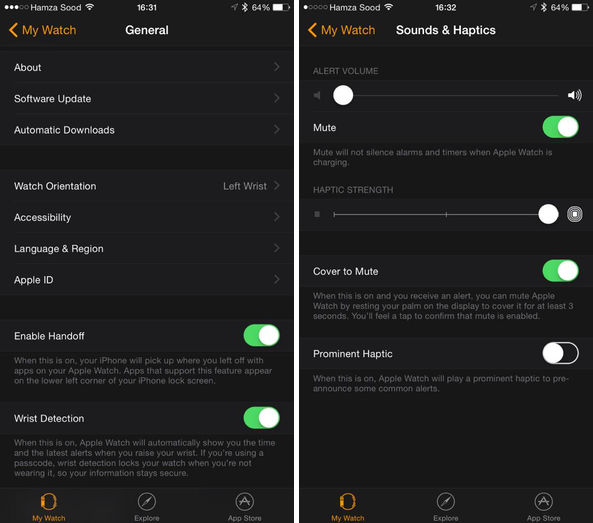 Software updates can be installed through the app and require the Apple Watch to be paired to an iPhone and connected to its charge with at least 50% of battery remaining.

Battery usages times are analyzed in the companion app, similar to those in iOS’s Settings, and Apple Watch will enter Power Reserve mode when the battery level nears zero.

Users are also able to sync playlists from their iPhone, forward timer and alarm alerts to Apple Watch, and display a red dot on the watch face when unread notifications are pending. Users can specify ‘Friends’, a list of up to twelve contacts that appear a circle and can be selected with the Digital Crown. 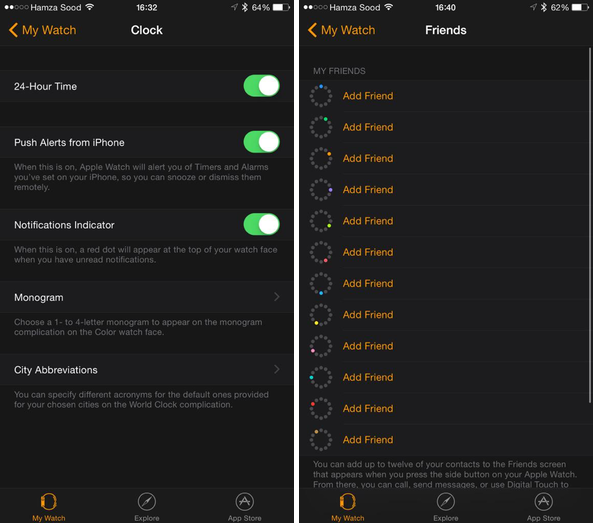 The screenshots also indicate the ability to sync playlists from an iPhone to its paired Apple Watch and confirms the limitations placed on the amount of media storage as previously reported. 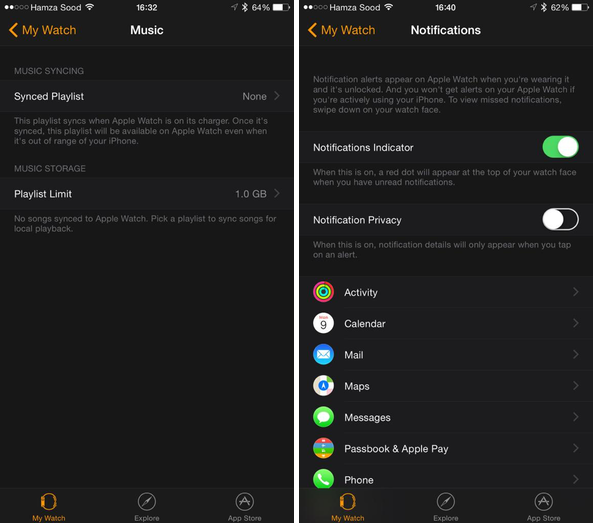