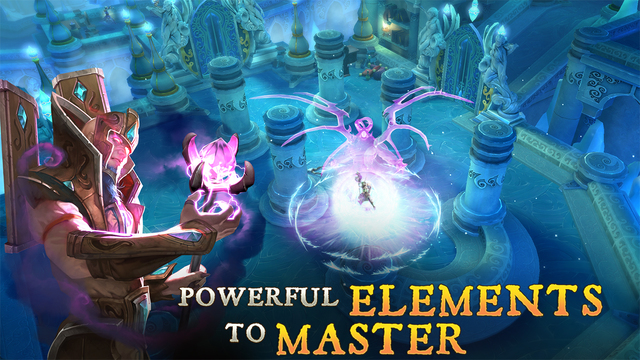 If you’d rather play with friends, you can enjoy action in co-operative gameplay mode, engage in daily and weekly events or challenge friends in asynchronous multiplayer.

This dungeon crawler picks up where its predecessor left off.

Set in the land of Valenthia, Dungeon Hunter 5 has you saving the mortal realms from darkness.

“After stopping the demon invasion in the Kingdom of Valenthia, the world remains shattered, crumbling at its very core – destruction and desolation seeping from its wounds – but even when we try to rebuild, things never go back to how they once were,” Gameloft teases.

Watch the launch trailer embedded below.

Compared to its predecessor, Dungeon Hunter 5 offers new monsters, characters and weapons such as dual crossbows, as well as online dungeons, combos that are easier to perform, new character classes like Sentinels and Imps (comparable in savagery to a Wolverine) and more.

As you could imagine, Dungeon Hunter 5 doubles down on in-game content so there’s plenty of action, loot and customization to keep you glued to the screen. Graphics engine, as the screenshots and videos attest, is capable of rendering intricate details, taking full advantage of Apple’s latest A7 and A8 mobile processors. 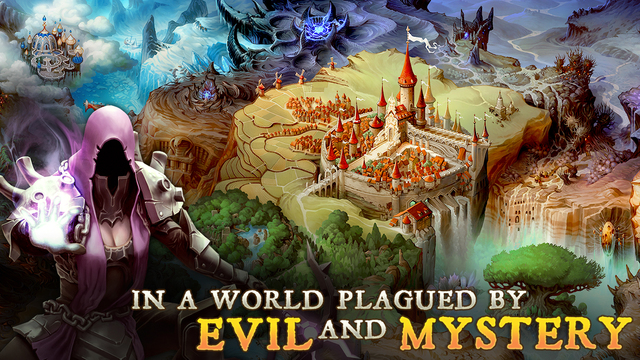 Another interesting aspect of the game is its new multiplayer feature.

Each player basically gets their own hideout and minions and can raid each other. To raid other players’ dungeons, you’ll need to avoid their cunningly disguised traps and defeat their minions before facing them off directly.

Any gold and loot that you claim as your own can be used to upgrade the weapons you use. Another new addition is the ability to fuse different weapons together in order to evolve and level-up your favorite items.

If you’re into friend code trading, TouchArcade forums are packed to the gills with people dropping their friend codes for other people to add.

In addition to the iOS version, Dungeon Hunter 5 is also available for Android, Windows Phone and Windows platforms.

Note that this is a free-to-play game so you’ll have to cope with in-game advertising and optional In-App Purchases to buy virtual items and additional gems to boost your stats.

Download Dungeon Hunter 5 for free in the App Store.