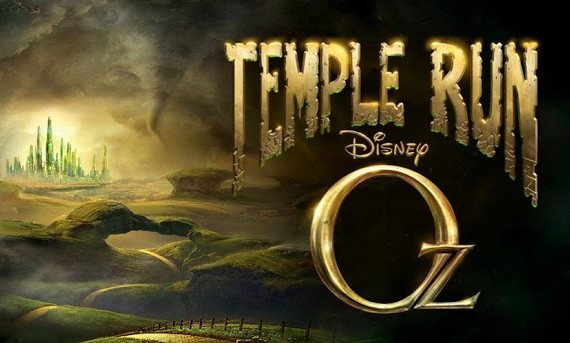 The exhilarating sequel to the classic endless runner with a Disney movie tie-in throw in for good measure, Temple Run: Oz is now available at no cost until next Thursday as part of Apple’s ongoing Free App of the Week promotion.

Released precisely on this day a year ago, this marks the first time Temple Run: Oz has been marked down to zero bucks on the App Store (regularly $1.99).

The game is based on the 2013 film ‘Oz the Great and Powerful’ and features the same great gameplay as the original infinite runner, with an Oz twist to it. 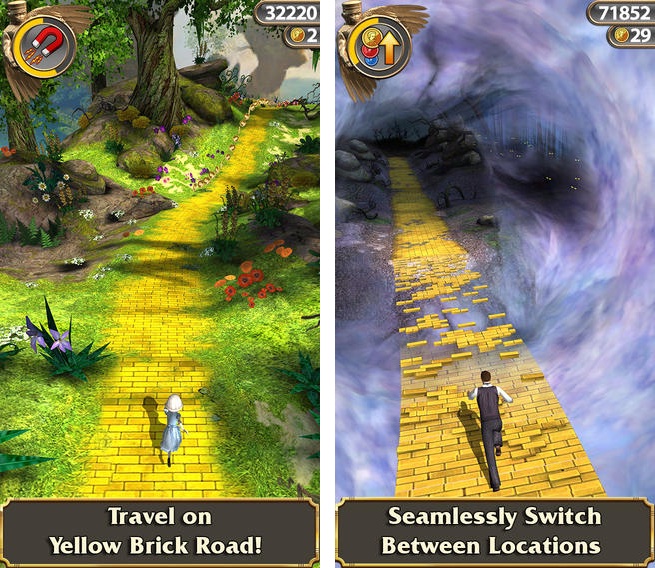 “Loaded with the same rapid-fire actions as previous Temple Run games, this version send you scampering down the yellow brick road and through the foreboding halls of Emerald City. Between the threat of flying monkeys and the challenge of snagging coins, the excitement keeps building the longer you play.”

You can run as China Girl and see Oz in different costumes. Your goal is simple: collect as many coins as you can while running through some awesomely done environments inspired by the film.

But, that’s not all.

This time around, players get to fly in a hot air balloon to collect even more coins and explore different locations in Oz (just follow sign posts or use the Head Start feature).

I’m liking that the environment changes as I run! 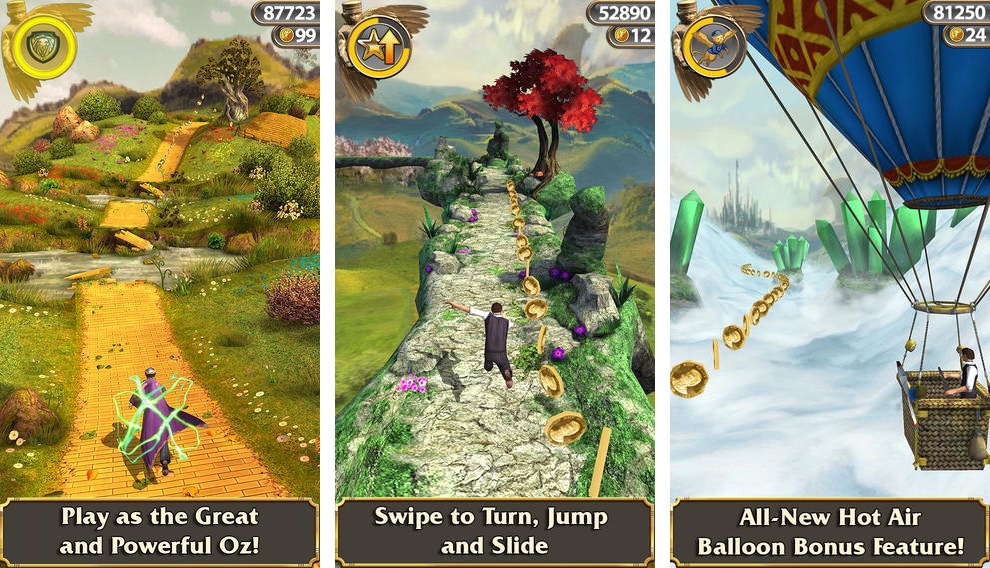 The ability to compete in weekly challenges and leaderboards on Game Center and get additional coin packs in the form of optional In-App Purchases (that don’t downgrade the experience, however) round out this popular endless runner.

The 49.6-megabyte app is universal and supports any iPhone, iPod touch or iPad running iOS 5.0 or later.

Unfortunately, the game was last updated in July 2014 so it doesn’t take full advantage of the native display resolutions offered by the iPhone 6 and iPhone 6 Plus.

Grab Temple Run: Oz for free until next Thursday.