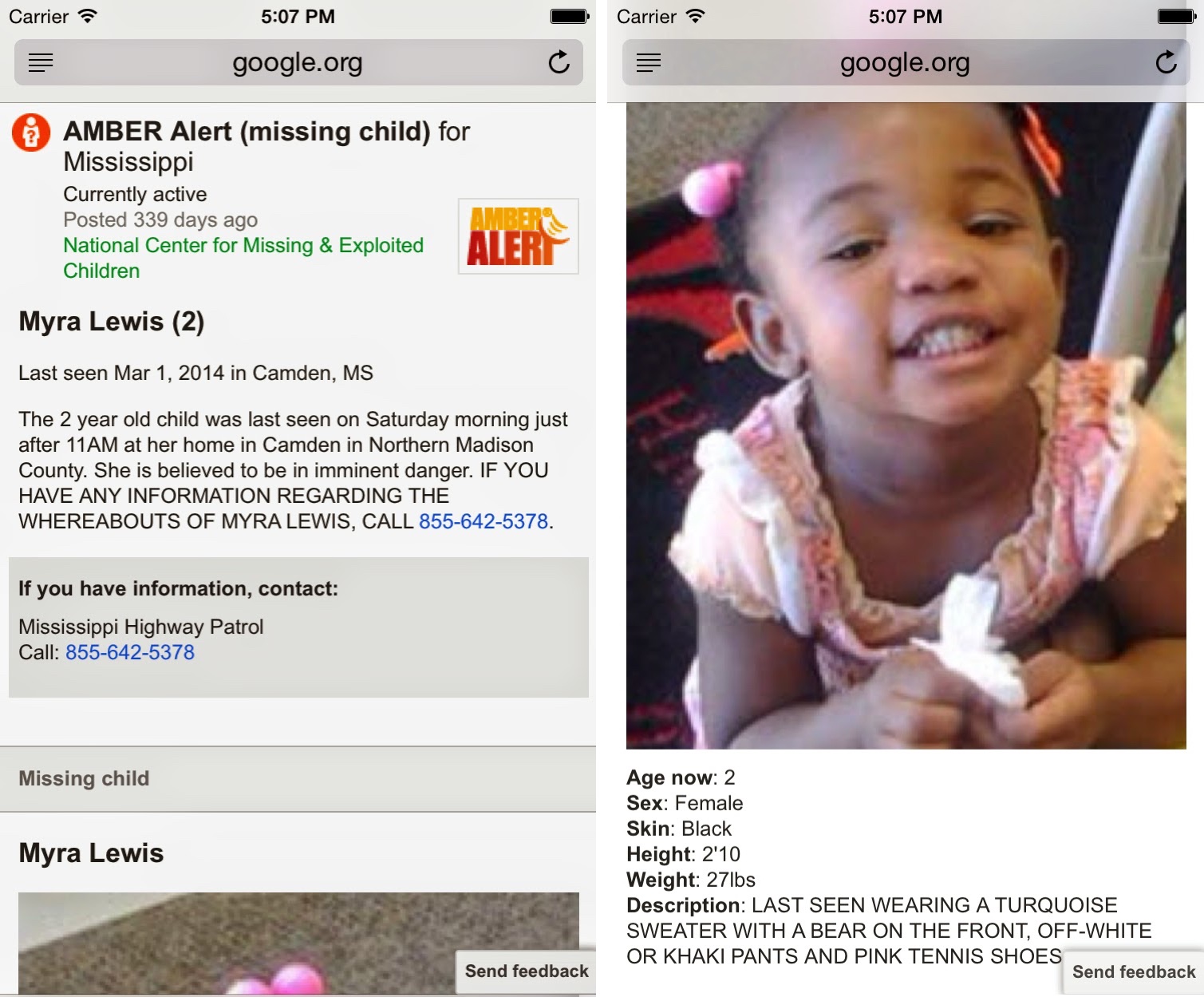 Waze, a popular crowdsourced GPS, maps and traffic service, announced on Wednesday that it’s rolling out AMBER alerts in the United States.

Realized through a partnership with the National Center for Missing and Exploited Children, the move brings AMBER alerts to Waze users when a child in their area has been abducted or gone missing.

The service scans the U.S. for AMBER alerts every ten minutes and displays them to users in the relevant geographic area.

Alerts will only be displayed when Wazers’ vehicles have been completely stopped for ten seconds and will only appear once per week per individual alert, said the firm. In addition, AMBER alerts will disappear when a Waze user taps the map or once his or her vehicle starts moving again.

Each alert includes information like a photo of the child as well as the model, make and license plate of a missing vehicle the child may be traveling in.

To obtain even more information, just click the More Information to access details in a web browser.

The move follows Facebook, which introduced AMBER alerts in the News Feed in January 2015. As of this writing, AMBER alerts have helped safely recover 728 children.

Waze for iOS received its last refresh in December 2014, bringing out a handy widget for the Notification Center’s Today view and other perks like easier sending of an “I’m on my way” message, an updated look and function for sending a location, richer traffic information in ETAs and route changes and a new map display setting to automatically switch between 2D and 3D view.

The service, which depends on crowdsourced traffic data, could soon come pre-installed on Android handsets as device makers can now bundle Waze with Google’s other apps.

Waze is available free in the App Store.