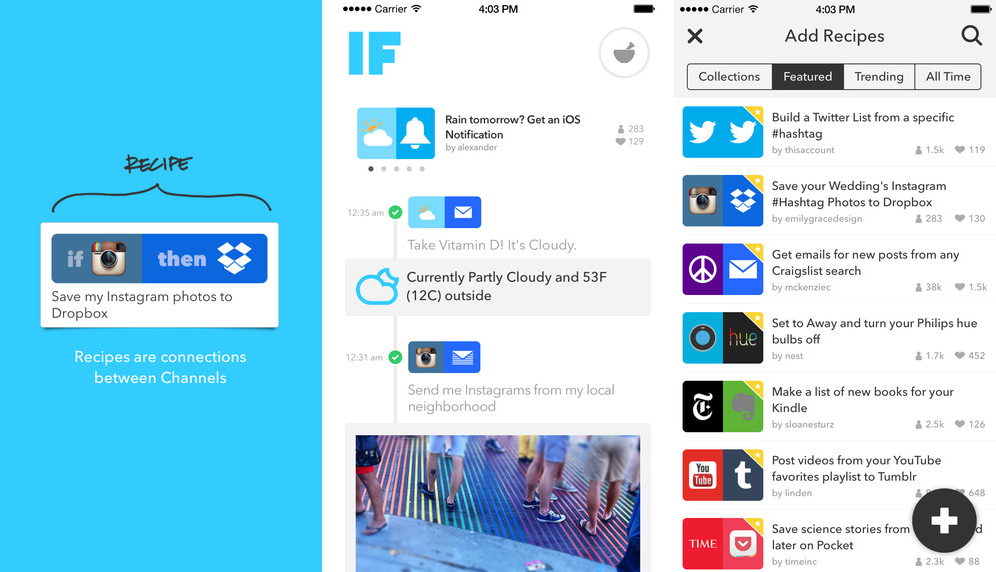 IFTTT (an abbreviation of If This Than That), a popular Internet mashup service, announced in a blog post Thursday that its flagship mobile app shall be known henceforth as just “IF by IFTTT”. Available free in the App Store, it features an updated icon and a revamped new look.

In addition to it, the company has announced a trio of task focused ‘Do’ apps: Do Button, Do Camera and Do Note, each available free in the App Store.

With these dedicated apps, and more to come in the future, users can create specific on-demand workflows and tie them to buttons for quick one-tap access.

As the title suggests, Do Button lets you create up to three buttons at a time which then invoke specific IFTTT recipes, such as setting your Nest smart thermostat to 70 degrees, turning on or off your Philips Hue lights with a tap, keeping track of your time and location in a Google Drive spreadsheet and more. 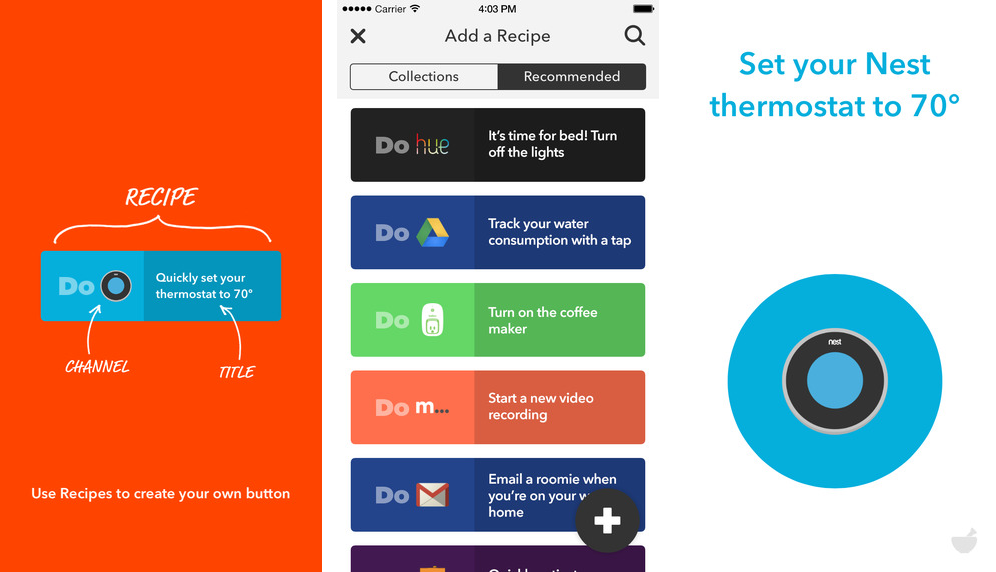 You can actually tie any recipe available in hundreds of IFTTT Channels to a single button. After adding your recipes, you can swipe between them to quickly change what the button does. The app includes a Today widget so you can quickly access your attached recipes from iOS’s Notification Center.

Do Note is your do-it-yourself notepad for saving and sharing notes with recipes that connect your notepad to supported IFTTT Channels like Evernote, Twitter, Google Calendar and more. 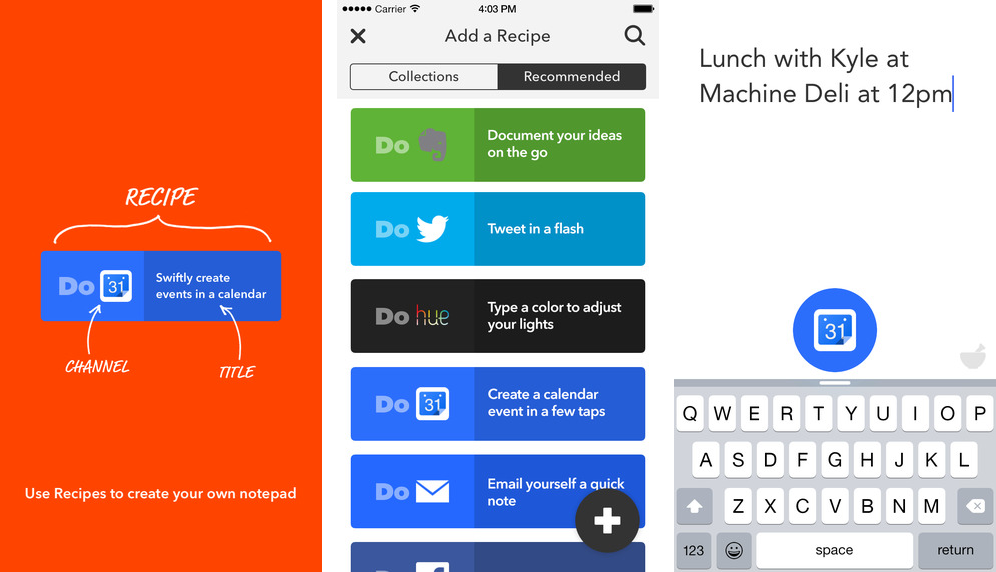 With Do Note, one can quickly create events in Google Calendar, save short notes in Evernote on the fly, email oneself a note, post an update to LinkedIn, share a tweet with a tap of the button and much more.

Last but not least, Do Camera taps the power of your iPhone’s camera so you can post your snaps to Facebook, Dropbox, Evernote and other popular image hosting services. 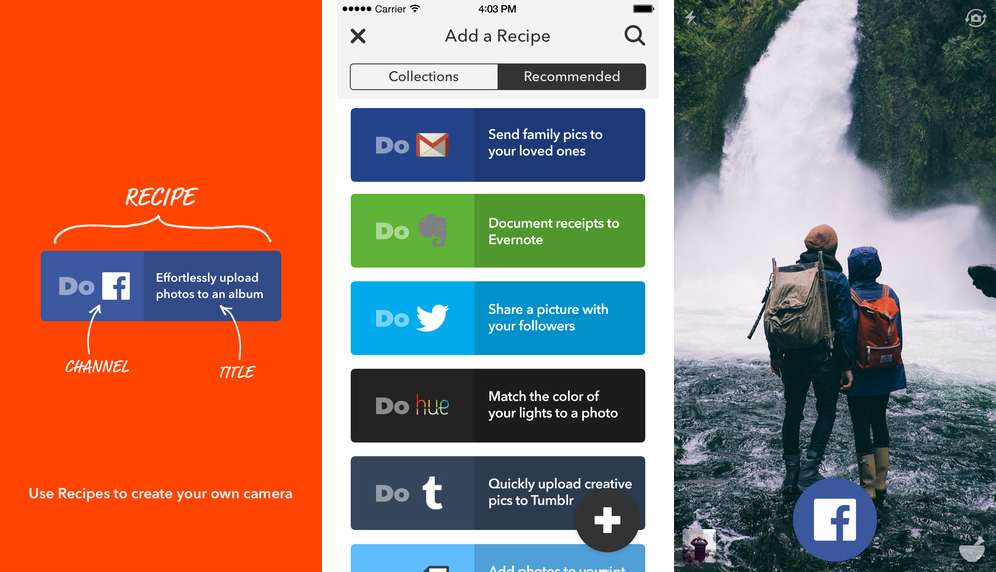 Examples given include uploading an image to a specific Facebook album by tapping a virtual button, snapping receipts and important documents to send to Evernote, sharing your parents photographs over Gmail and more.

If you’re unfamiliar with the IFTTT service, it “puts the Internet to work for you.”

IFTTT allows anyone to chain together simple conditional statements called recipes that perform complex tasks. Recipes are triggered based upon changes to other web services such as Gmail, Facebook, Instagram and more.

For example, one recipe might consist of sending an e-mail message if the IFTTT user tweets using a certain hashtag. Another one might change your bio pic across supported online services whenever your Facebook profile photo changes.

In short, it’s a smart service that anyone should use to avoid repeating tedious tasks because, you know, we’re not animals.

Grab IF, Do Button, Do Note and Do Camera free in the App Store.

Each app is iPhone-only and requires iOS 7.0 or later.