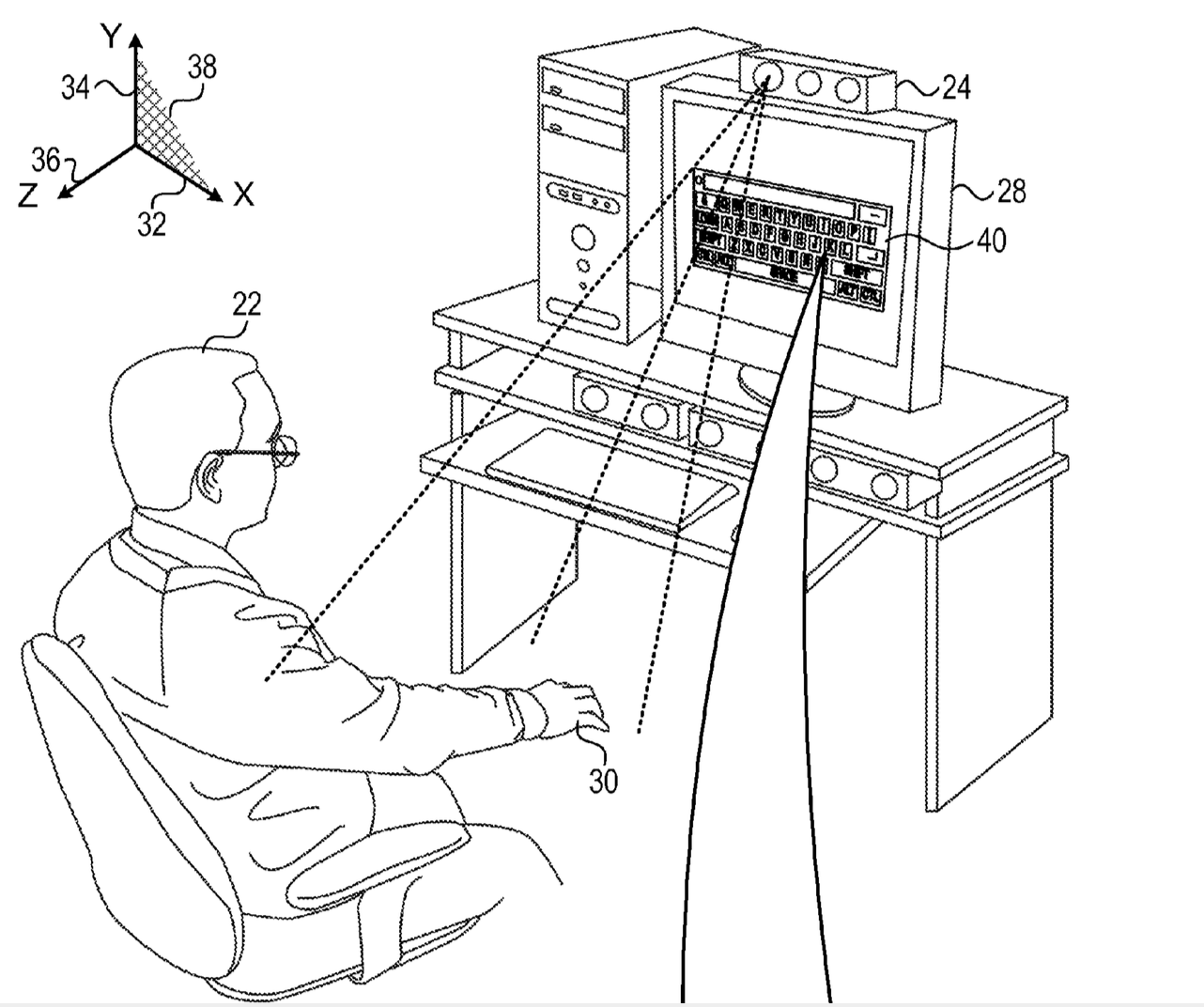 The United States Patent and Trademark Office published 41 patents today that it recently awarded to Apple. We’ve already covered one pertaining to VR headsets, and Patently Apple points us to another worth mentioning related to 3D virtual keyboards.

The patent is titled “Virtual keyboard for a non-tactile three dimensional user interface,” and it covers a 3D capturing device that uses cameras to detect hand movements, allowing users to type on a virtual keyboard by simply moving their hands or fingers.

Several embodiments are outlined in the patent, but it’s not hard to imagine how this would benefit users. A virtual keyboard would be infinitely customizable, enabling gamers, photographers, musicians and other groups to tailor boards to their specific needs.

This isn’t the first time we’ve heard of this technology. Apple has been awarded multiple patents on 3D-capturing devices, and Intel is on a similar path with its “RealSense” tech. Additionally, laser projection virtual keyboards have been around for several years.

Engineers Micha Galor, Shai Litvak and Erez Sali are credited as the inventors of the patent, which was originally filed in Q3 2011. It’s one of the many inventions Apple picked up when it acquired PrimeSense in 2013, in a deal rumored to be worth $360 million.