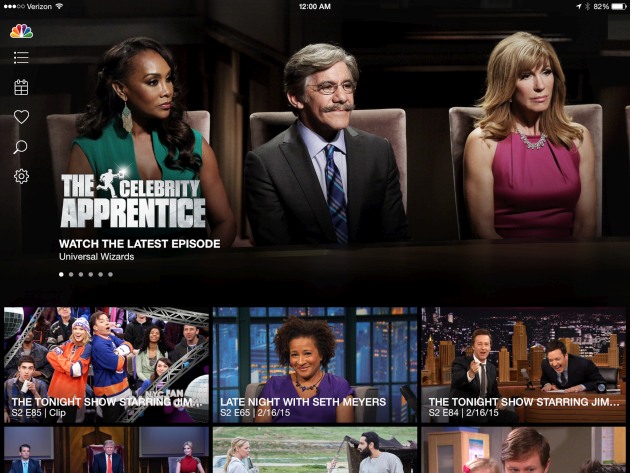 NBC has updated its iPhone and iPad apps on Wednesday to include live streaming television, following in the paths of ABC and CBS. NBC had originally rolled out its “TV Everywhere” product on the web, but now it’s available on iOS, bringing the content to your iPhone and iPad.

There’s a catch, however, on who will be able to stream the NBC content. You’ll need a participating cable or satellite provider’s login, and for now, it only seems limited to local stations that NBC actually owns instead of affiliates, until some kind of agreement is worked out.

Live content streaming is available over Wi-Fi and network connections, with support for AirPlay if you want to beam content over to your Apple TV. NBC has also updated it with continuous watching so you can pick up where you left off, and enhanced search.

If your local provider doesn’t work with the NBC app for live streaming, you can still view some older full television episodes, including The A-Team, Miami Vice, Knight Rider and a few others.

You can download the updated NBC from the iTunes App Store for free.