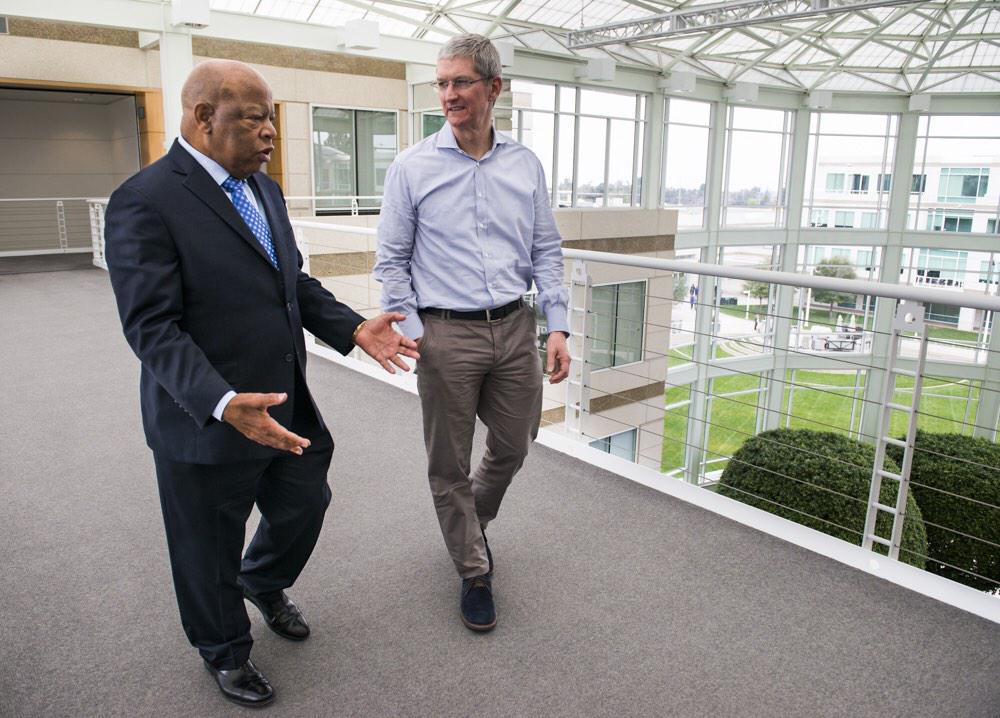 Cook tweeted a photo of him and the Congressman, who was visiting the area while on a book tour for the second part of his graphic novel discussing the civil rights movement in the United States, titled “March: Book Two.”

“Honored to host @RepJohnLewis at Apple today. His 50-year march for justice and equality inspires us,” Cook wrote on the social network.

Apple has begun to take a public stance on equality across the country, after Cook penned an essay in October 2014 revealing he was gay.

He wrote on inequality: “Being gay has given me a deeper understanding of what it means to be in the minority and provided a window into the challenges that people in other minority groups deal with every day. It’s made me more empathetic, which has led to a richer life.

It’s been tough and uncomfortable at times, but it has given me the confidence to be myself, to follow my own path, and to rise above adversity and bigotry.”