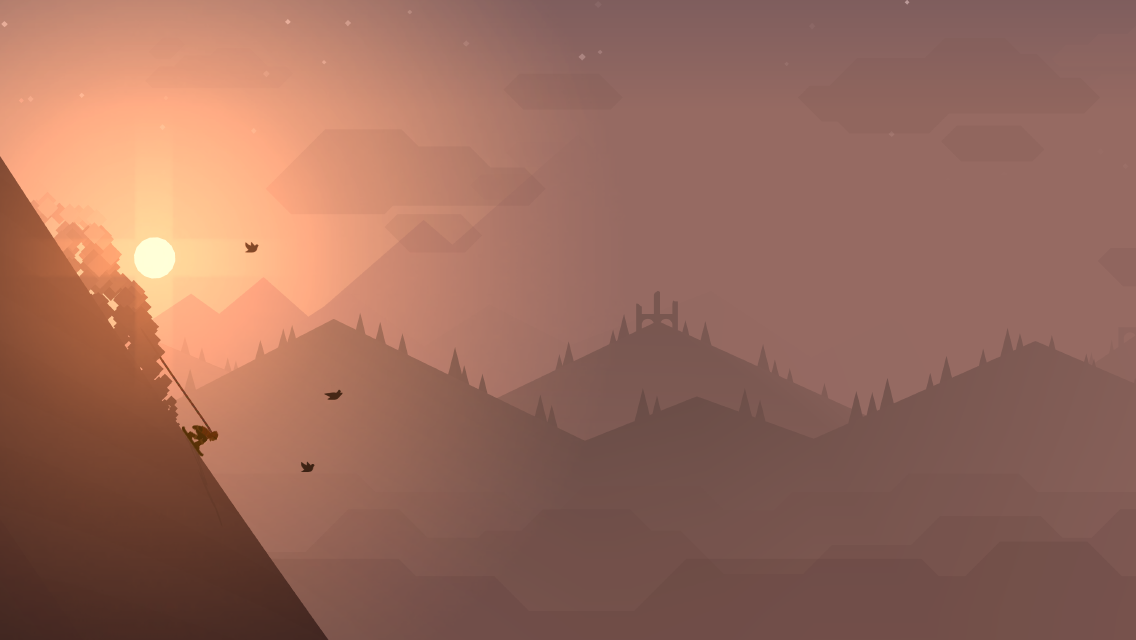 I don’t have a clue about skiing and snowboarding, but that doesn’t mean I’m not a sucker for winter games in the App Store. Especially if they’re based on an endless running concept, incorporate artistic backdrops, have a somber soundtrack and delight with buttery-smooth execution.

That’s why I’m so much looking forward to Alto’s Adventure, an upcoming iPhone and iPad game set against a beautiful, procedurally generated alpine landscape. The game is releasing in the App Store next Thursday, February 19 and it stands poised to become a big hit.

Announced back in April of last year, work on Alto’s Adventure actually began in January 2013. The game files as an endless snowboarding odyssey so there are a lot of achievements and goals to complete along the way — 180 in total to be precise.

Rather than adopt arcade-y approach as most snowboarding games in the App Store do, Alto’s Adventure is all about minimal concept and unique feeling. According to its developers, the game includes up to six unlockable characters, each with their own unique attributes and abilities.

Precise physics-based movement will have you feel right at home, but a one-button trick system will take some time getting used to. Once you get the hang of it, you’ll be chaining together increasingly more elaborate trick combos to maximize your speed like there’s no tomorrow.

The video doesn’t really do the justice to the graphics engine and the game’s gorgeous Monument Valley-inspired visual style so I challenge you to feast your eyes on the screenshots embedded below.

Everything is smooth and sleek. The Unity graphics engine, which powers the game, is just humming along and shows no jitter pushing crisp Retina pixels in sixty frames per second. I also love the soundtrack and sound effects, handcrafted for an ambient, immersive experience. 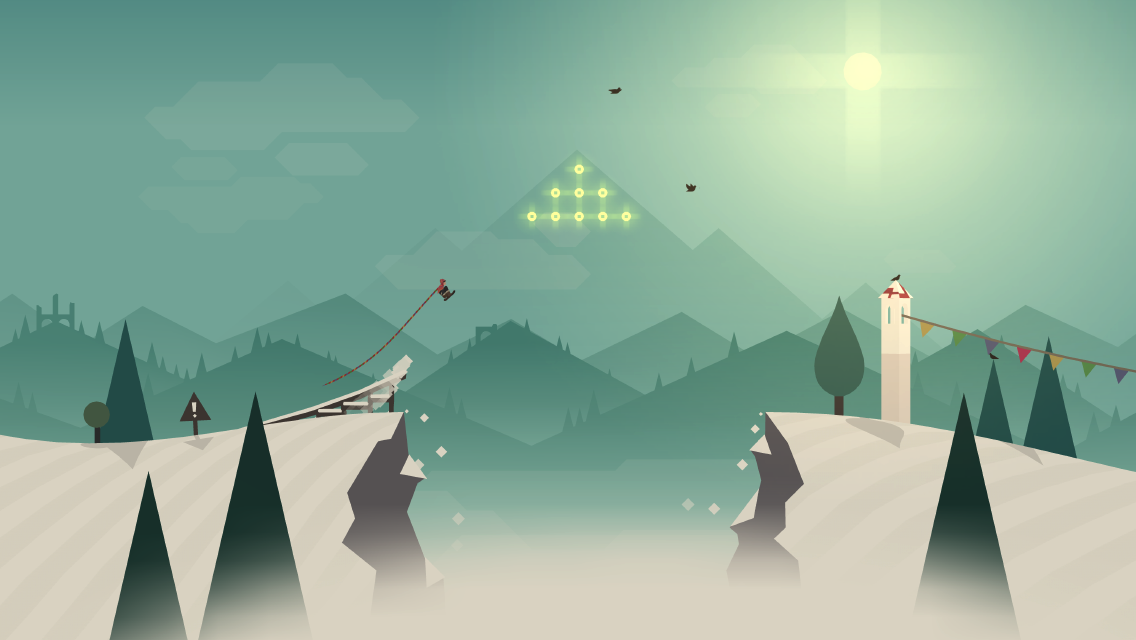 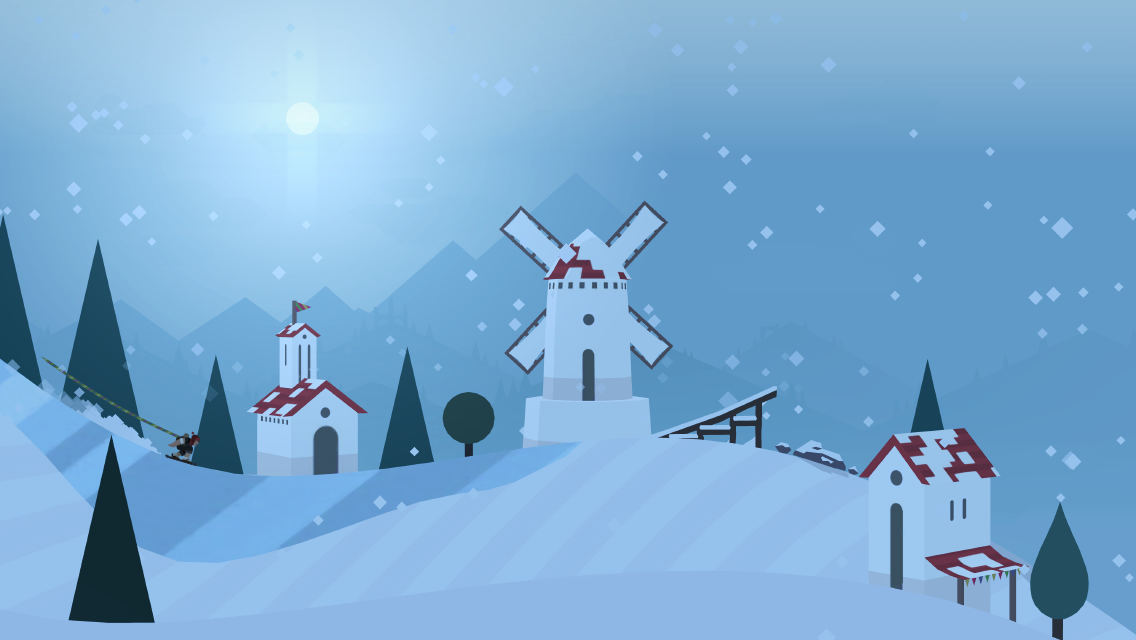 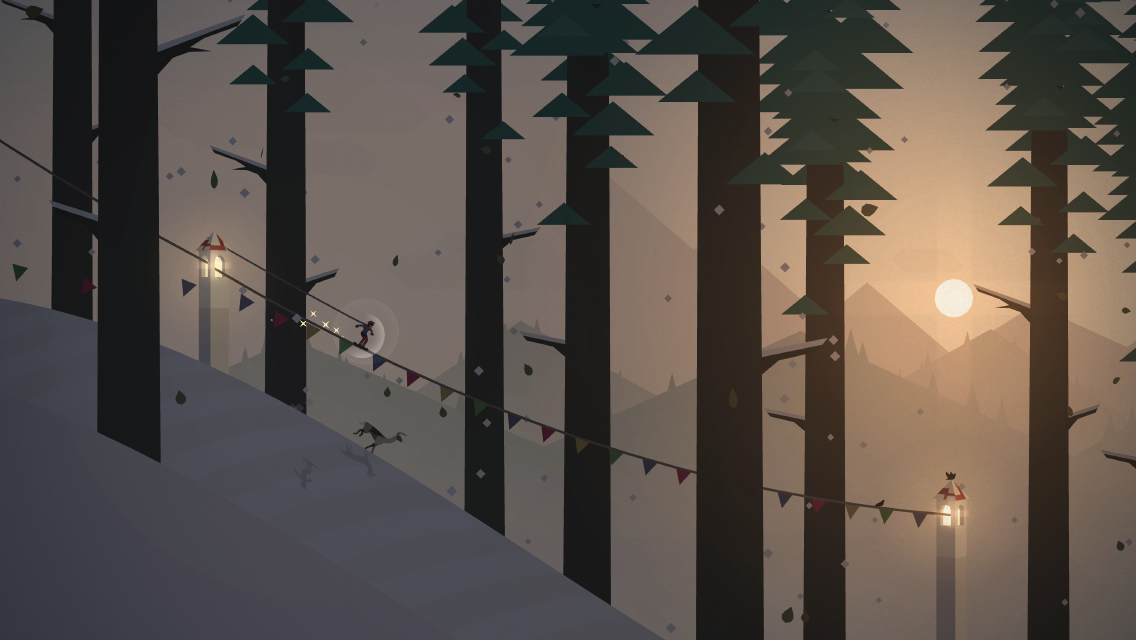 Grinding along village rooftops, leaping over terrifying chasms and outwitting the mountain elders will earn you points as you’re competing with friends on Game Center for high scores and distances. 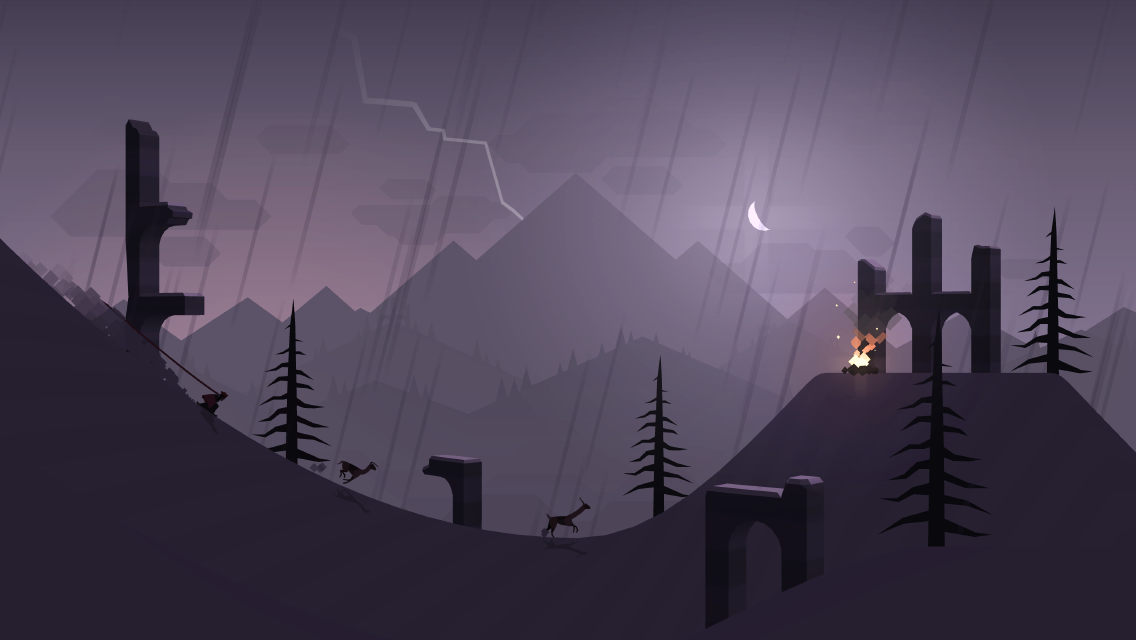 Again, the game features procedurally-generated terrain based on real-world snowboarding so expect a lot of variety in terms of level design and challenges.

And if the trailer and the screenshots are an indication, we’re in for a variety of stunning weather and lightning effects, like thunderstorms, blizzards, fog, rainbows, shooting stars and what not. For those wondering, there will be at least half a dozen worlds to choose from, including Chasm, Dawn, Forrest, Night, Snow and Storm. 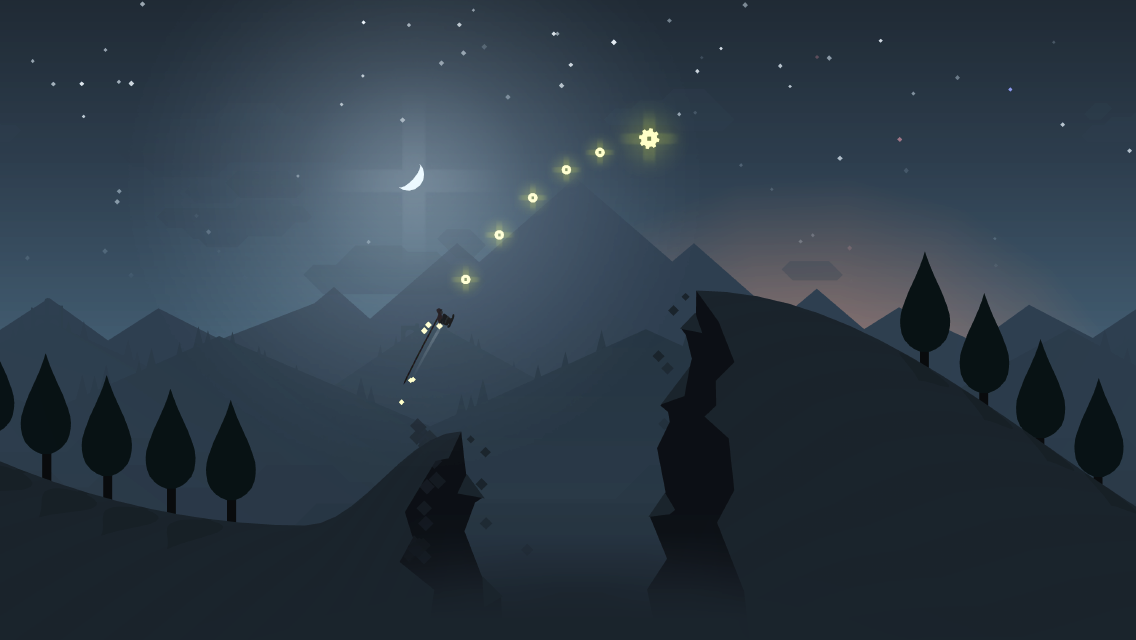 The game’s evocative visual design is credited to artist and developer Harry Nesbitt, who joined Snowman, a small Canadian software studio based in Toronto which conceived and developed this gem of a game and several other apps such as the popular to-do software Checkmark.

Alto’s Adventure releases next Thursday for $1.99 as a universal app with iCloud support and no In-App Purchases whatsoever.

Will you be playing Alto’s Adventure when it launches?

What other skiing or snowboarding games are on your Home screen?

I like Ski Safari, but think Alto’s Adventure will replace it on my iPhone.