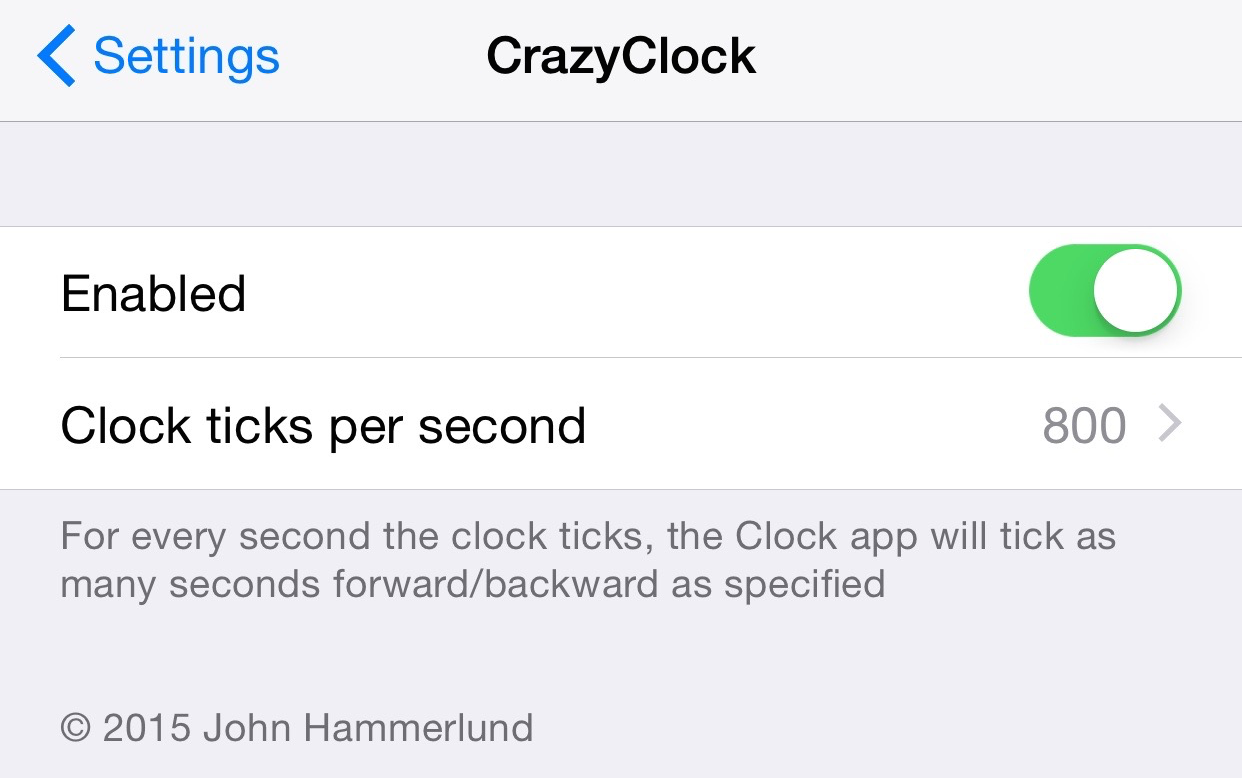 Before iOS 7, a jailbreak tweak was required to have an animated Clock app icon on the Home screen. That, of course, changed with iOS 7, as Apple ushered in its own version of the animated clock icon.

CrazyClock takes Apple’s animated app icon and does some pretty interesting things with it. It can significantly speed up the animated hands on the clock, and even make the hands move in a counter-clockwise direction.

Once installed, you’ll need to open the Settings app and scroll down to find CrazyClock’s preferences. Inside, you’ll find a kill-switch and a “clock ticks per second” panel. For every second the animated clock app icon ticks, CrazyClock will tick as many seconds in either a clockwise or counter-clockwise motion. You can denote the counter-clockwise from the clockwise motions by the negative value in the ticks per second panel. 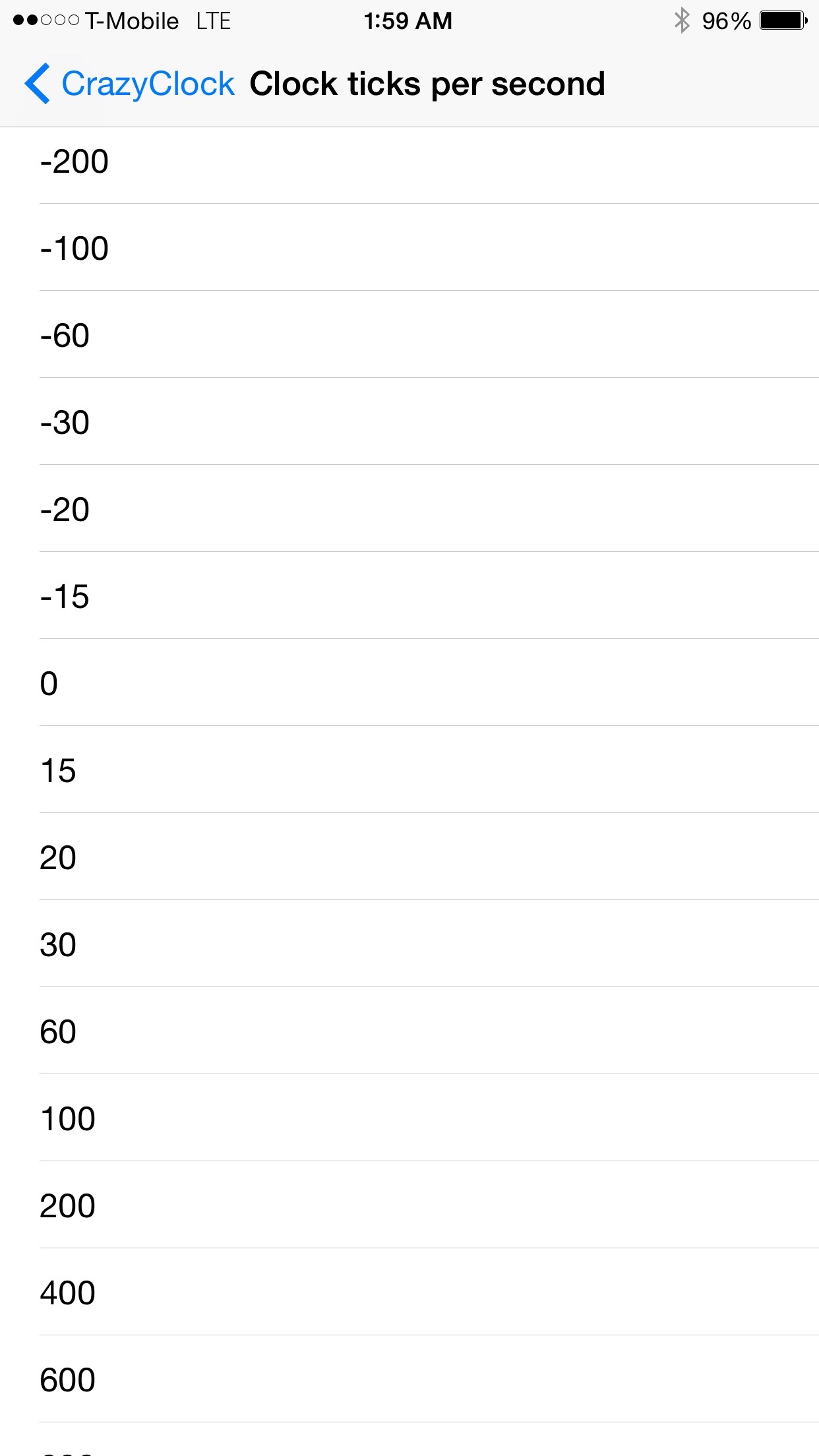 As you might imagine, CrazyClock provides no real benefit to the user. In fact, it might actually serve as more of a distraction than anything. But being able to make the clock app icon go “crazy” is fun and might give your friends a chuckle. And since it’s free of charge on the BigBoss repo, there really is no harm done.

What do you think about CrazyClock?