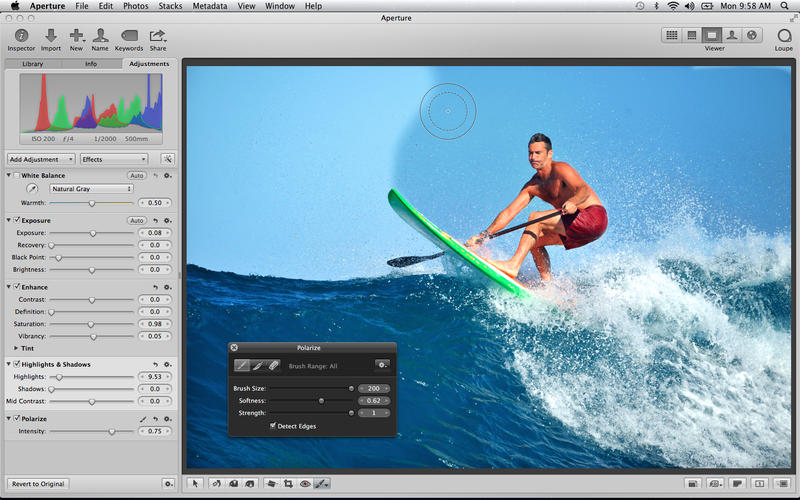 Professional photographers who rely on Aperture to manage and touch up their photos might be interested to learn that the pro-grade application will no longer be available in the Mac App Store after Photos for Mac launches in Spring.

As first noted by French blog MacGeneration, Apple’s official Aperture webpage has been refreshed with a line confirming “when Photos for OS X is available this Spring, Aperture will no longer be available for purchase from the Mac App Store.”

The Mac App Store’s description of the $80 Aperture app contains the same wording. Apple said earlier there would be “no new development of Aperture” after Photos for Mac releases for public consumption.

Of course, existing users will still be able to re-download their Aperture purchase through the Mac App Store’s Purchased tab.

The stock iOS 8 Photos app on the iPhone and iPad, along with its web counterpart over at iCloud.com and the upcoming Mac edition, is well poised to once and for all solve Apple’s photo-management mess — especially if used in conjunction with the iCloud Photo Library feature.

With pro-focused Aperture and consumer-focused iPhoto soon out of the picture, you’ll be using a single app to manage photos and organize them into custom albums. Lightweight editing capabilities based on non-destructive filters will make any changes made to photos on one device instantly reflect across all your other devices.

Photos for Mac will launch as part of the upcoming OS X Yosemite 10.10.3 software update. On the iPhone and iPad side, iCloud Photo Library will be coming out of beta in the forthcoming iOS 8.3 software.