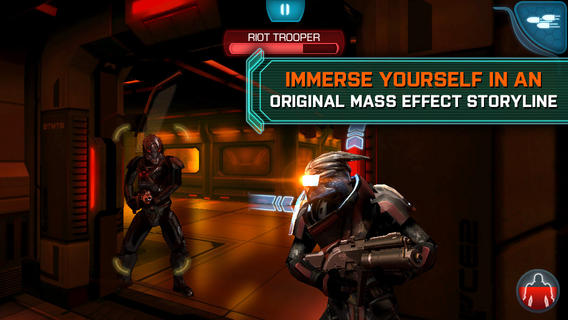 Heads up gamers, IGN has just named EA’s “Mass Effect: Infiltrator” its Free Game of the Month for February. The title has a rating of 4 out of 5 stores in the App Store, on thousands of reviews, and it typically retails for $4.99.

In Infiltrator, you play as veteran Cerberus agent Randall Ezno who works at a secret facility that conducts illicit experiments on alien beings. But when those experiments go too far, Randall vows to bring the whole project down.

Here are some things you can expect from the game:

And here’s a video showing Mass Effect Infiltrator in action:

There are a few things worth noting here. The first is that the game hasn’t been updated in nearly a year (so no iPhone 6/6+ or Metal support), and it’s littered with in-app purchases. But for free, it’s definitely still worth grabbing.

If you’re interested, head on over to IGN’s website and grab a promo code. Codes are available in 44 countries, but they are first come first serve, so don’t delay. Also, be sure to check out our App Recap posts for more app deals.