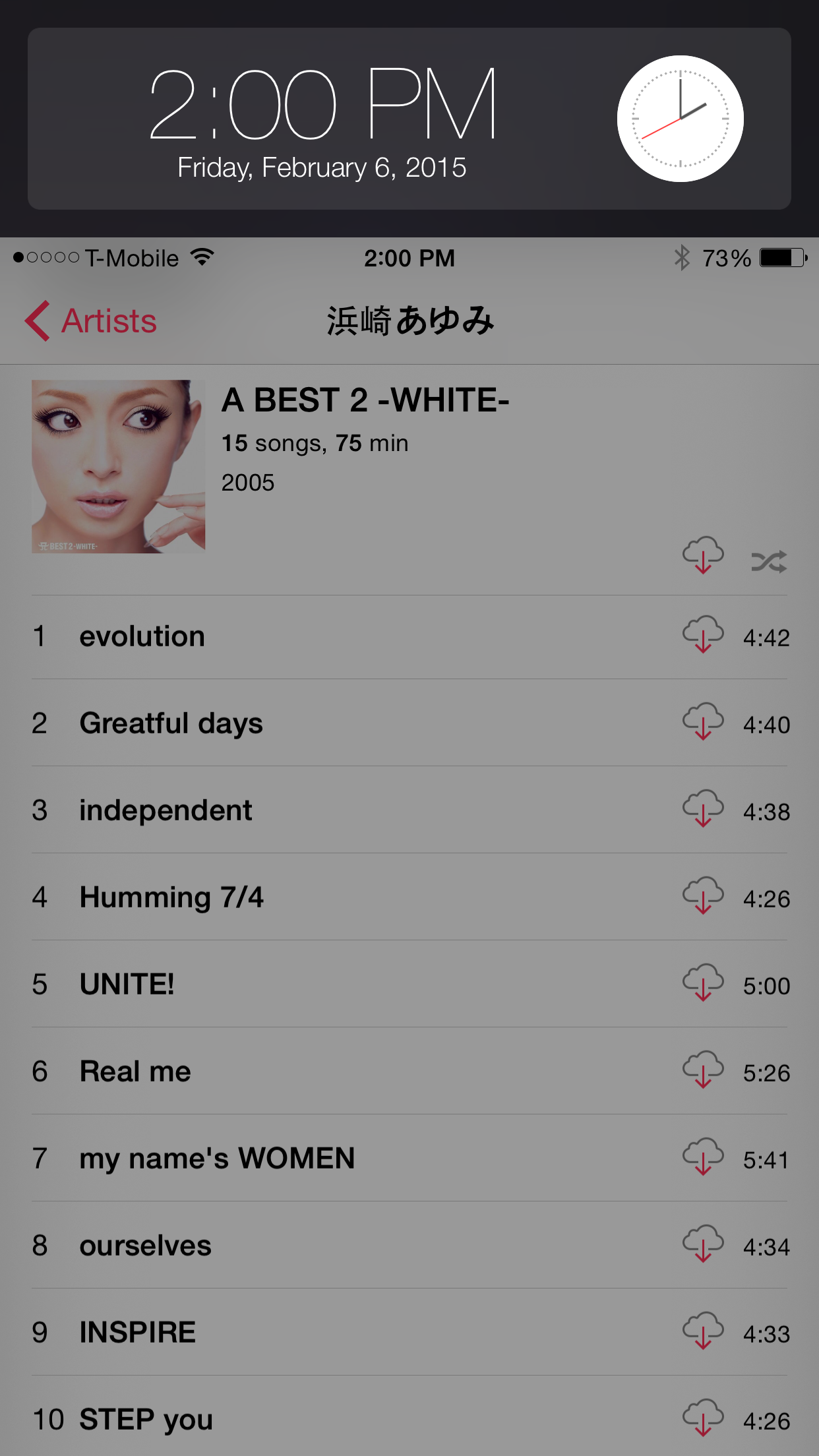 Reachability has been all of the rage for jailbreak app developers as of late, and why not? It’s one of the big features for the iPhone 6 and iPhone 6 Plus, and it’s an obvious area that can be exploited to provided extra functionality. ReachApp—a tweak that’s still in beta—is a good example of a tweak that takes good advantage of Reachability, and now another upcoming jailbreak tweak is in the works that will breathe new life into Reachability as well.

WidgetCenter is an upcoming release that allows users to access widgets directly from Reachability view. This dynamically adjusting tweak provides impressive functionality, animations, and loads of future potential expandability. Developer Mitch Treece has provided iDownloadBlog with a first look at his upcoming creation, and of course, we’ve created a hands-on video to show it off to you.

Once WidgetCenter is on your device, you’ll need to venture to its preferences to configure it. The preferences for WidgetCenter are cleanly laid out and very straightforward, which I definitely appreciate. 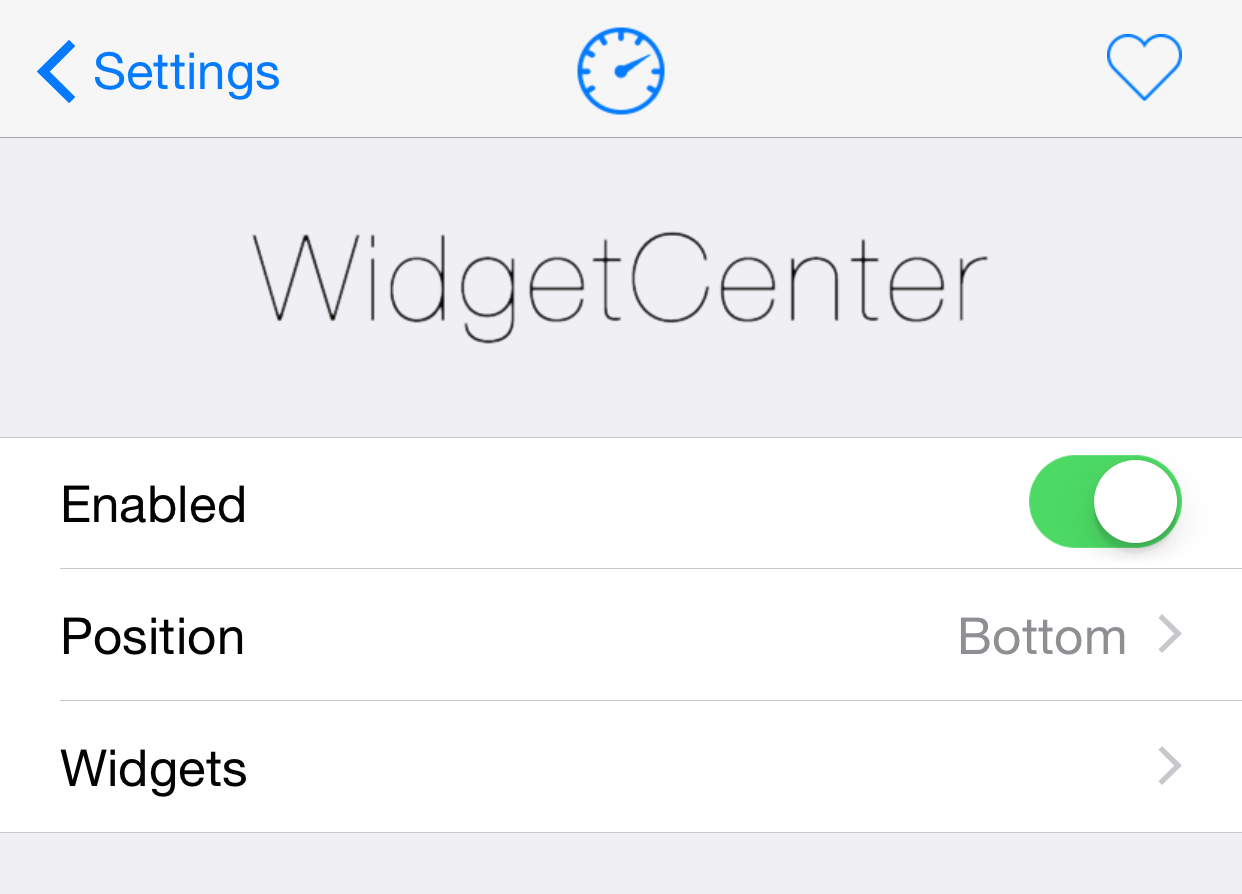 Inside of the preferences, you’ll find a kill-switch, a position panel, and a place to configure the available widgets. The position panel allows you to keep the Reachability view in its normal place at the top of the screen, or relocate the view to the bottom of the screen. 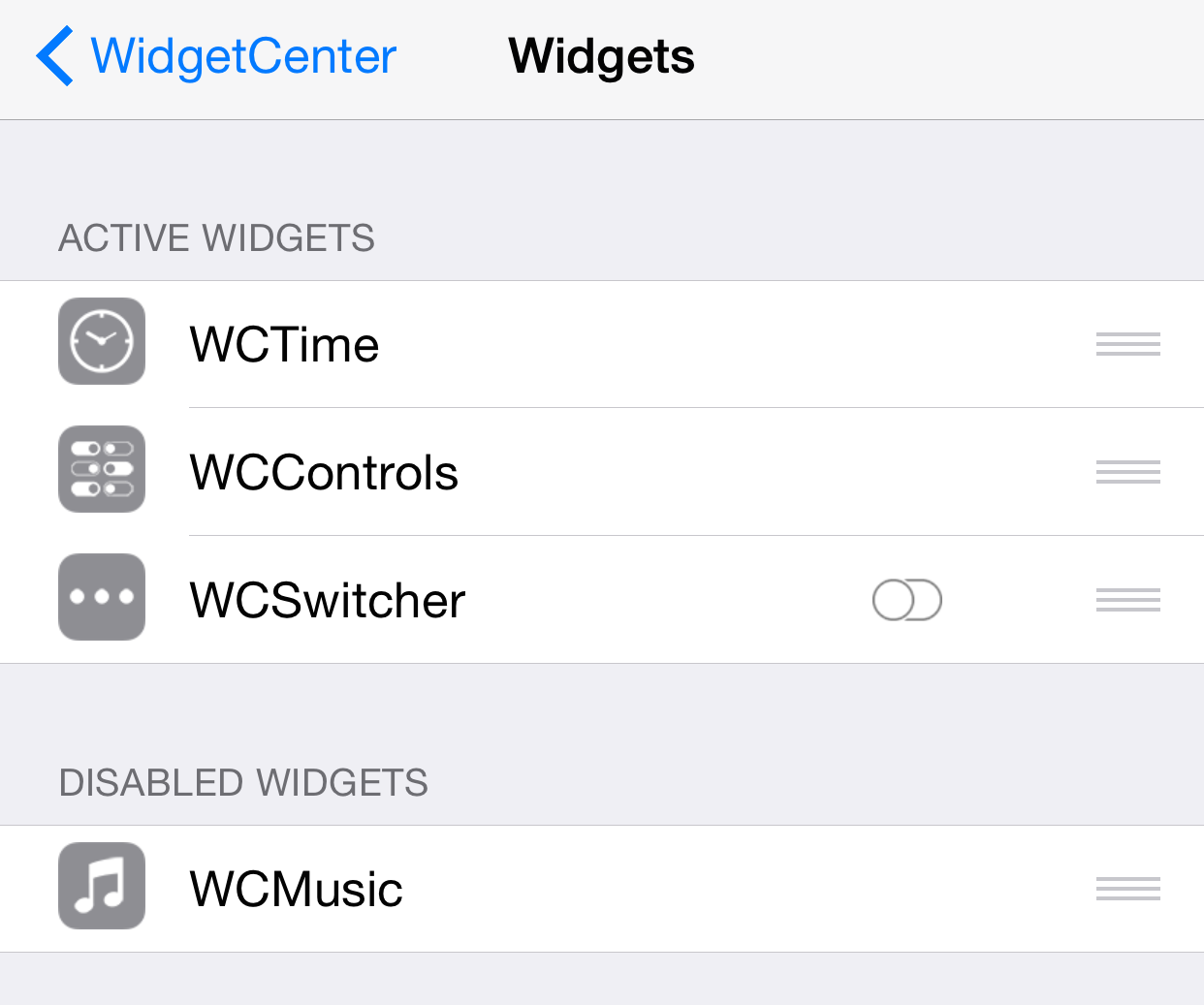 In the WidgetCenter build that I’m currently testing, four widgets are bundled in by default. The four widgets are WCTime, WCControls, WCSwitcher, and WCMusic. You can use the drag-handles to adjust the order of the widgets, and move widgets that you don’t wish to view into the disabled widgets section.

Most of these widgets and their functions are self-explanatory, but here’s a brief breakdown of each:

WCTime: a smoothly animated clock that features both digital time with date, along with an analog clock. Upon opening WCTime, the analog clock will rotate from the 12:00 position to the current time; the rotation animation looks really slick. 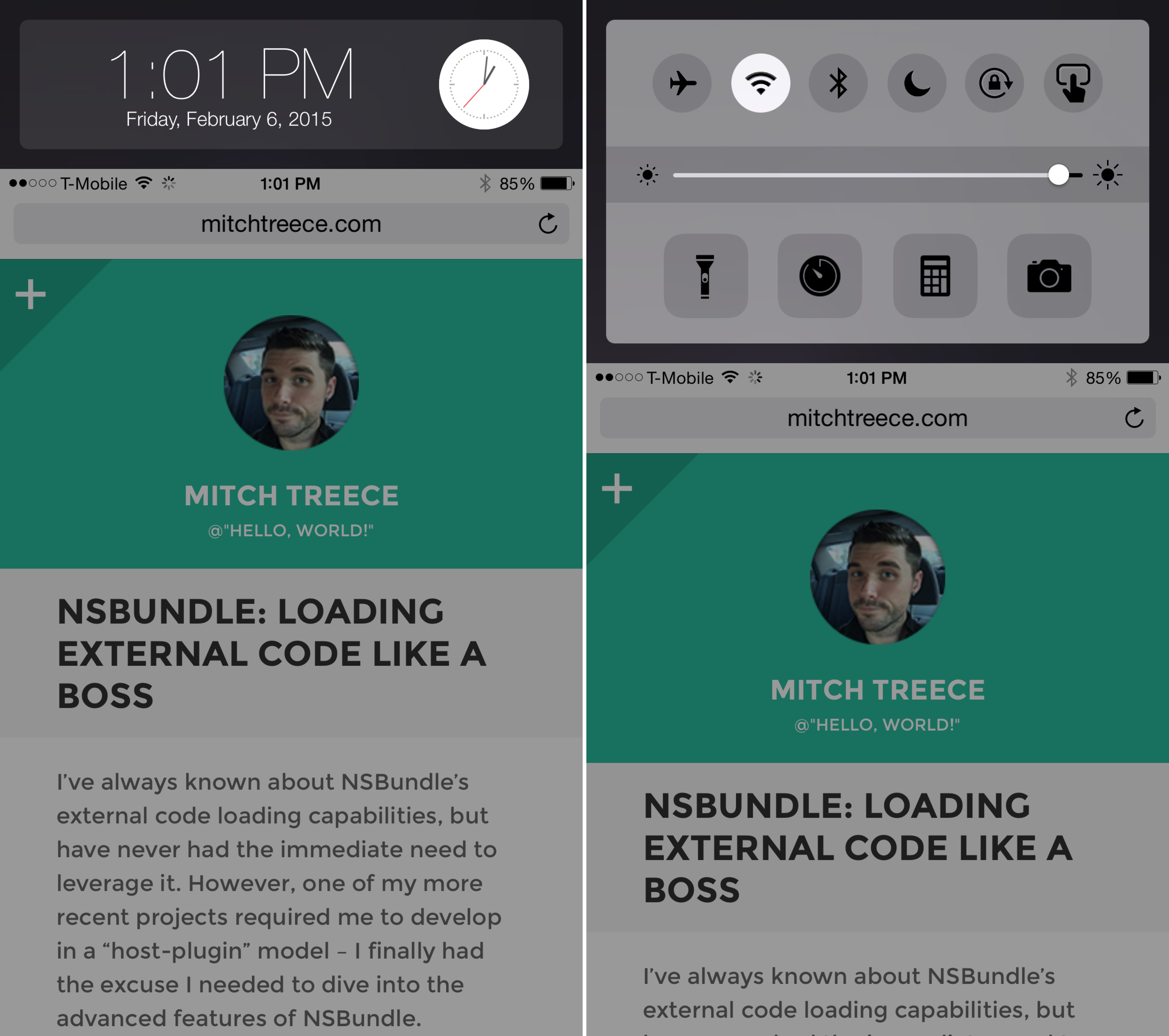 WCControls: this is basically Control Center brought to Reachability view. There is, however, a small twist. By default, the media controls are hidden, but you can bring them into view by using a pull-down gesture (or pull up if you’re using the bottom position). 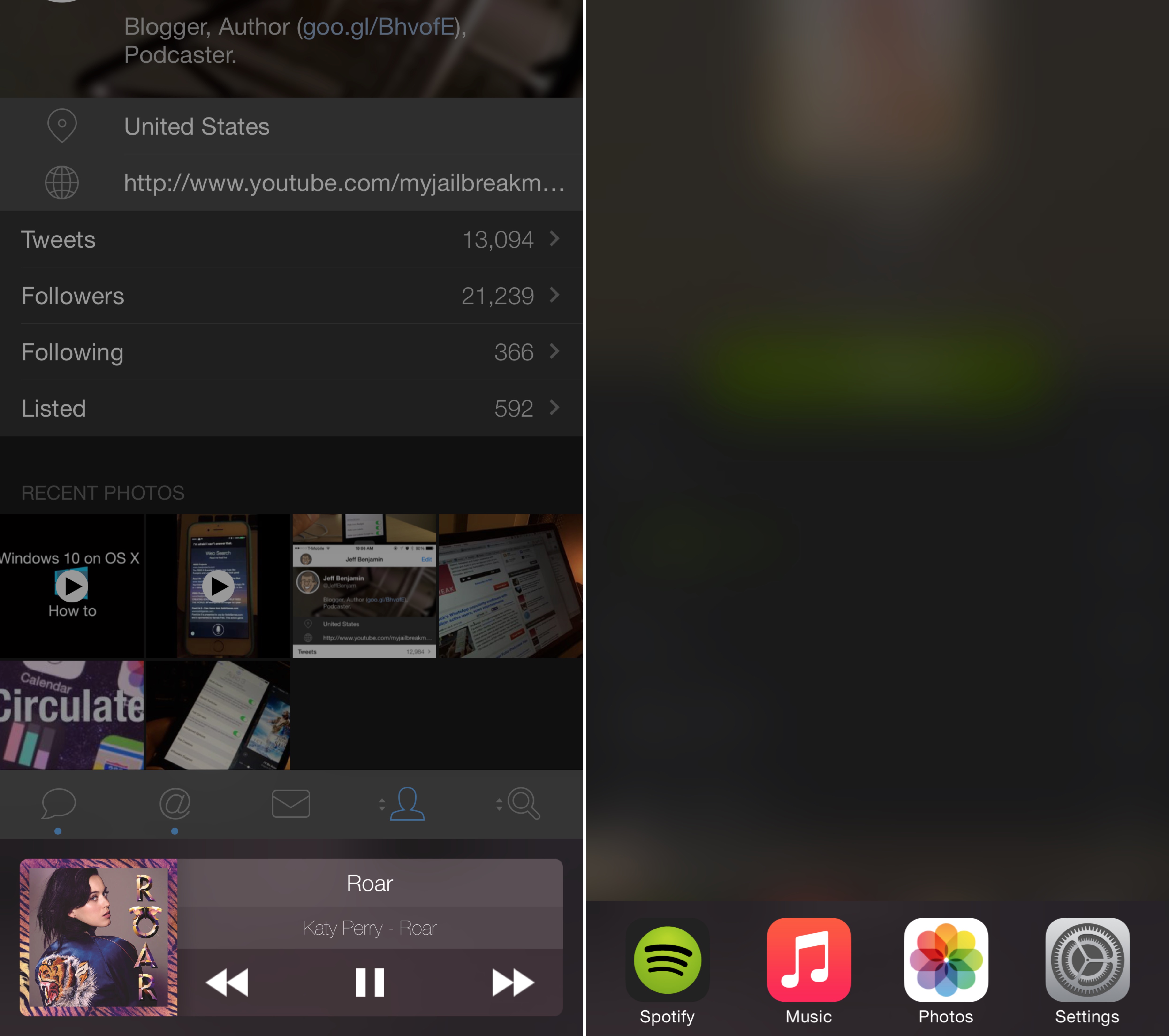 WCMusic: a simple now-playing music widget that displays song title, album, artist, and album artwork. There are also simple transport controls for play/pause, skip, and back.

WCSwitcher: an old-school App Switcher that hearkens back to the pre-iOS 7 days. You can also choose to blur the app window via the preferences if you choose to do so.

Once you configure WidgetCenter to your liking, you can start using it by invoking Reachability. You’ll need to be inside of an app while you do this, or else Reachability will work like normal.

Once Reachability view is being displayed, you’ll see first widget that you have configured in WidgetCenter’s preferences. You can quickly switch between widgets by right or left-swiping on the app window. When doing so, notice how the window automatically readjusts to the needed real estate of each widget. The animation that accompanies this window adjustment is well-done.

Treece plans on making it possible for other developers to create widgets for WidgetCenter. In fact, there’s a Widget Developer Guide linked within the tweak’s preferences to help more developers get on board.

While WidgetCenter is already pretty awesome as is, if the community gets on board, it will be even better. What do you think about WidgetCenter? Let us know in the comment section below.