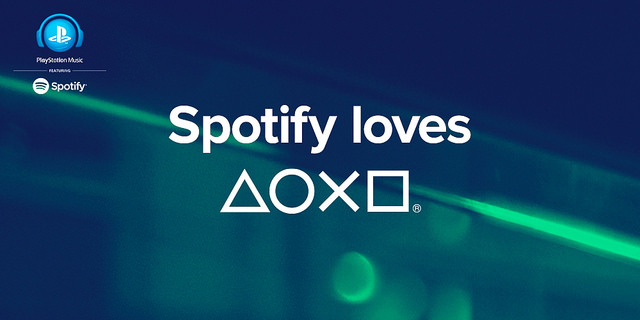 Sony has finally pulled the plug on its unsuccessful music-streaming service, Music Unlimited.

Destined to be shut down on March 29, 2015, it’ll be succeeded by a new Sony service called PlayStation Music and based entirely on the Spotify service and its backend.

From the get-go, the new service will have full access to over 30 million songs and 1.5 billion playlists on Spotify.

PlayStation Music will be debuting this Spring in 41 markets and be available on the PlayStation 3 and PlayStation 4 consoles, as well as on the Xperia smartphones and tablets. Support for other mobile and desktop devices will be added at a later stage.

“All the music you love is coming to PlayStation,” reads a notice on Spotify’s webpage where PlayStation owners can register their interest. The popular Swedish music startup is Sony’s exclusive partner for PlayStation Music.

“You’ll of course be able to listen to your favorite playlists – including existing playlists from current Spotify users as well as Spotify curated playlists – and enjoy the service on all of Spotify’s supported devices,” explains a post over at the Official US PlayStation Blog.

As a bonus, PlayStation owners can listen to Spotify tracks while playing games on their console. All these features, and more, will be available exclusively through Spotify on PlayStation Music.

After linking your PlayStation Network and Spotify accounts, you’ll be able to sign up with your existing ID and subscribe to Spotify’s Premium service.

Some of the launch markets include U.S., Canada, Mexico and Brazil. By comparison, Music Unlimited was in just 19 countries.

The official Music Unlimited iOS app is still available in the App Store.