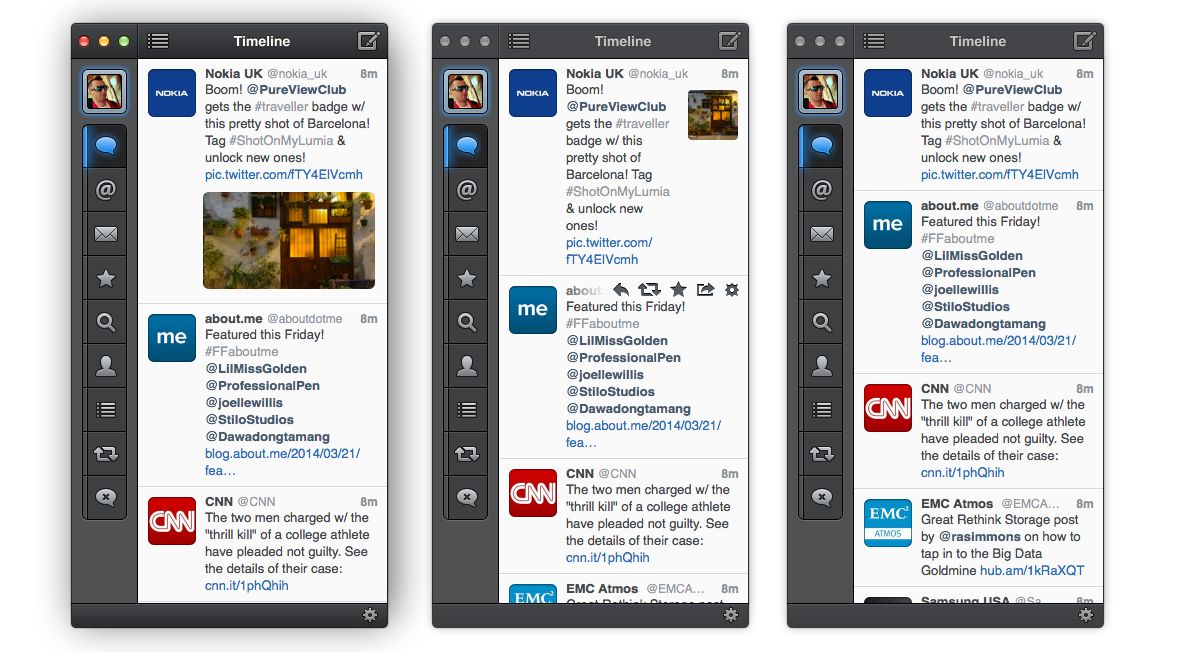 Bad news, Tweetbot fans. Developer Paul Haddad woke up this morning to the realization that his popular Twitter client for the Mac has been pulled from the Mac App Store.

As if the app’s disappearance wasn’t enough, existing copies are experiencing authentication issues, allegedly over reaching Twitter’s strict limits on how many users are permitted to login to a particular application, as first discovered by 9to5Mac.

“We are aware of Tweetbot for Mac authentication issues,” reads the official tweet from developer Tapbots. “We have contacted Twitter and are waiting for a response. Thanks for your patience.”

Disgruntled users are reporting that the application is no longer accepting new logins, a tell-tale sign that Tweetbot for Mac has reached its token limit. As pointed out in comments, users whose account is already authenticated can get past the re-authentication screen be deleting the “force_login=TRUE” text in the URL after entering their Twitter credentials.

At the time of this writing, searching for “Tweetbot for Twitter” in the Mac App Store yielded no results, as shown on the screenshot below.

Tweetbot for iPhone has not been affected. As per Twitter’s rules, no shared logins are allowed so basically Tweetbot for Mac is using different tokens than its iOS counterpart.

“Well I was having a pretty good week,” lead developer Paul Haddad remarked sarcastically on Twitter.

“While it’s possible that this could be a glitch in Twitter’s system, 9to5Mac was previously told that the app was on track to reach the limit around the end of 2014, and the app would likely have to be removed from sale at that time,” the article explains.

Twitter has been taking a lot of heat since it began limiting the number of tokens issued to third-party clients in August 2012. Some fans interpreted the move as a sign that the micro-blogging startup wants to get rid of Twitter clients in favor of its own official web and mobile app.

At any rate, Twitter’s attempts to control the experience of using the service appear to be rooted to the monetization efforts and supporting features they started rolling out in the past few months.

For instance, Twitter is trying out new features to surface content you may care about and has been experimenting with various advertising opportunities for a while now.

Coincidentally or not, none of the newly introduced features are available to app makers via the official API for third-party development. If Twitter has its way, we’ll be eventually forced to use its official app and, of course, watch their ads.

You could argue all you wanted that third-party developers made Twitter what it is today, but that won’t change the sad fact that at the end of the day it’s going to be Twitter’s way or the highway.