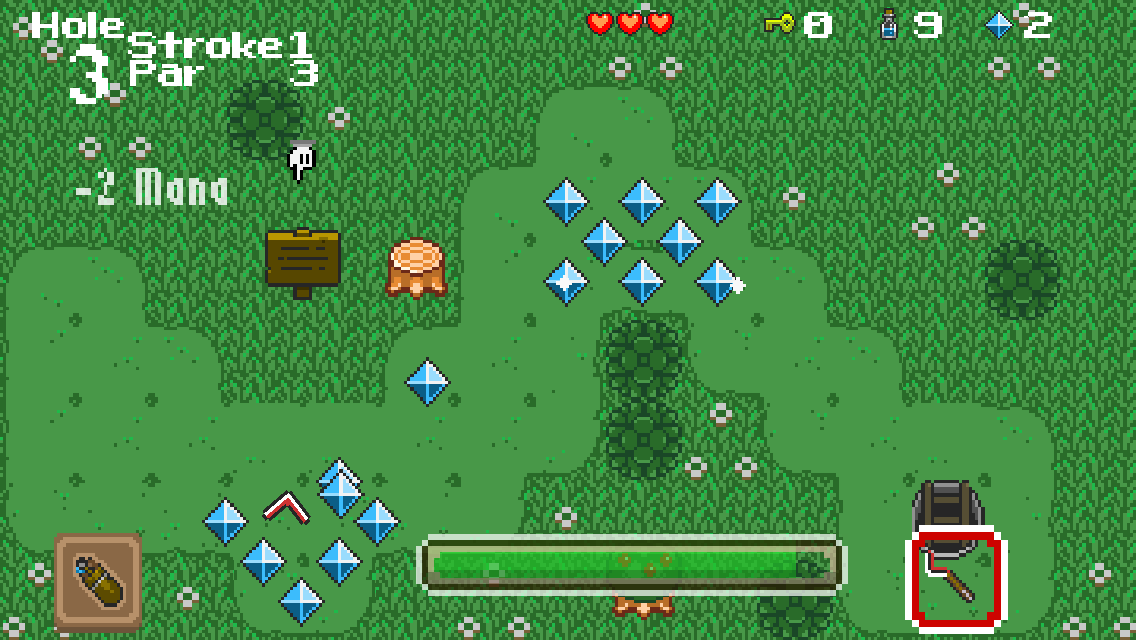 Golf used to be an old man’s sport, or at least a rich man’s game. Recently, the sport has become more popular with younger players. Once virtual golf took off, fans of all ages are able to take a swing or two. Thanks to video game golfing, players can now travel all over the world, and even the universe, to play.

Wizard Golf RPG takes the concept of golfing virtually anywhere and places it in medieval times. However, it is so much more than golfing. Players are faced with all manner of dungeon creatures as they try for a hole-in-one. We’ve got a full game review of Wizard Golf RPG for you today.

The goal of this game is to complete each course on par. However, there are plenty of additional things to pick up along the way, including golden skulls and plenty of usable gems. As you complete courses and unlock new ones, you’ll have quests, like killing all of the monsters or finding all of the skulls.

The graphics depict the pixelated role-playing 16-bit style of the mid 1990s with a three-fourths perspective view. Players aim by touching the screen in any direction. Then, prepare to swing by tapping the spell caster button. Paying attention to the swing strength meter, which moves up and down quickly, players then tap the button again to activate the swing. 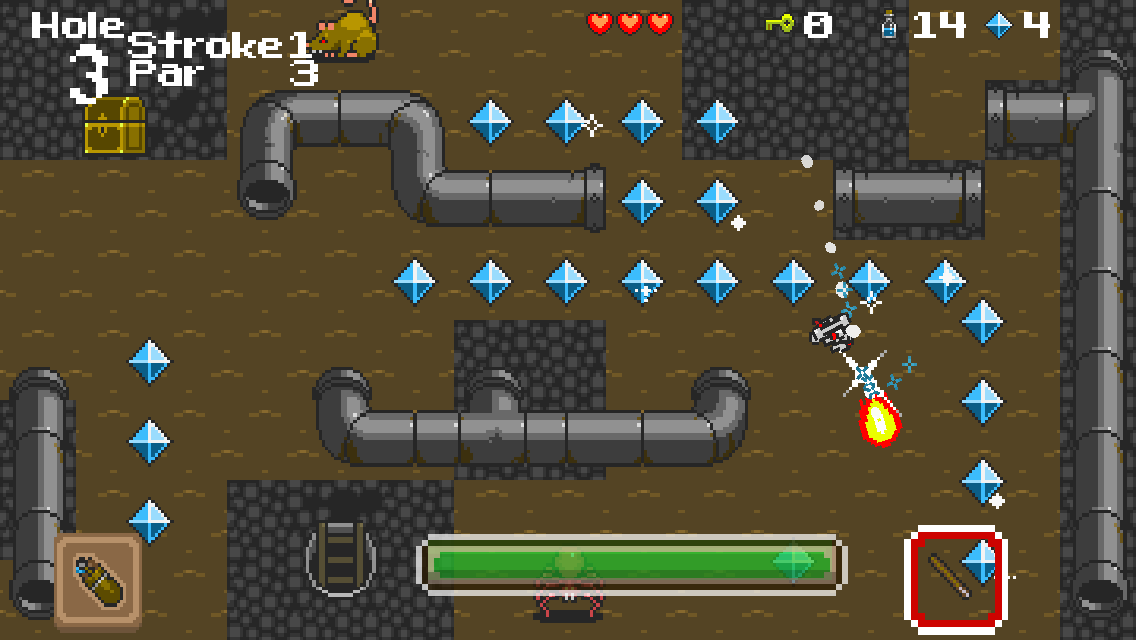 Embark on a 12-course journey by casting spells that ricochet off walls and blast monsters away until landing in the exit hole. Your mission is to complete each course on par, but you may also choose to throw out the rules in order to kill all of the monsters instead (I can’t imagine you could complete that task and finish a hole on par).

If you manage a perfect swing, your spell will turn red instead of blue and will barrel through multiple enemies or breakable items, which is a great relief when you have three skeletons on your tail.

Players also collect gems while playing through. These gems are tallied as part of your final score and can also be used to purchase new spells, like the Bomb Rod or Magnet Rod. Different rods offer different types of spells, some of which will help you reach golden skulls that seem otherwise impossible to get. 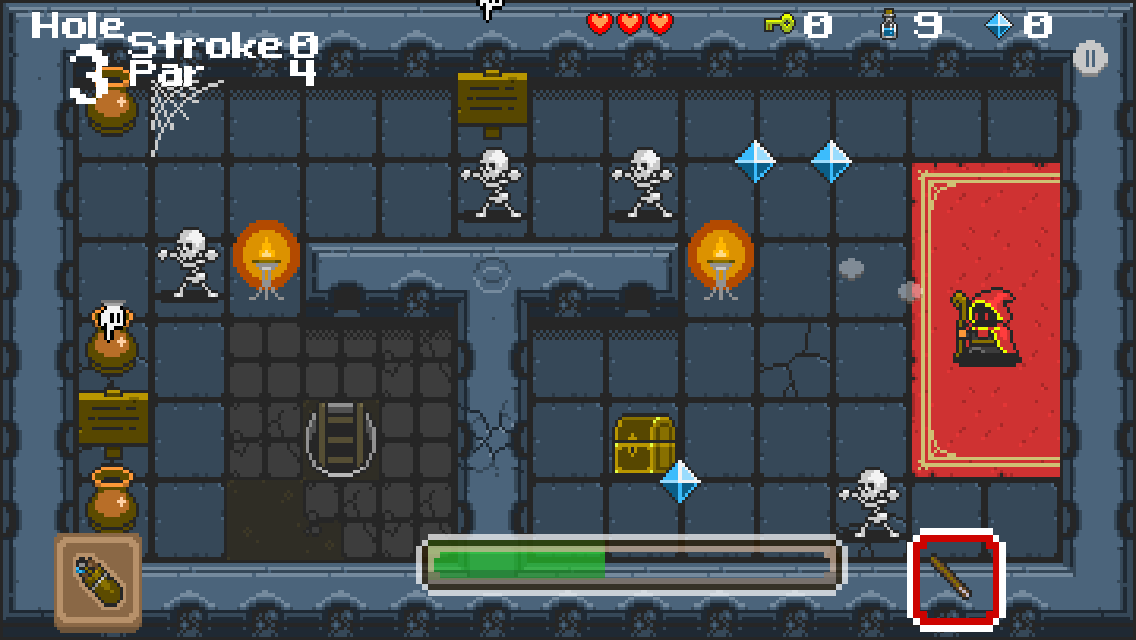 The game is unique for bringing together the golfing culture with the role-playing game genre. I love using different rods to bust open vases and collect loot. That’s the RPG-er in me. I also like that there are multiple missions, like killing stuff or finding treasure.

Wizard Golf RPG is free to download. The game does have advertisement support, but that only shows up in between courses. You can purchase items, but everything can be unlocked simply by playing the game. The replay value is high because you can go through courses again and again to complete additional missions.

I definitely recommend giving this game a shot. It combines golfing and dungeon questing into one fun title that keeps you coming back for more. The game is available on the iPad, iPhone, and iPod touch. Download it in the App Store today.

Blood Bowl is another game that combines elements of role-playing with a sport.

What do you think of Wizard Golf RPG? Let us know in the comments below.