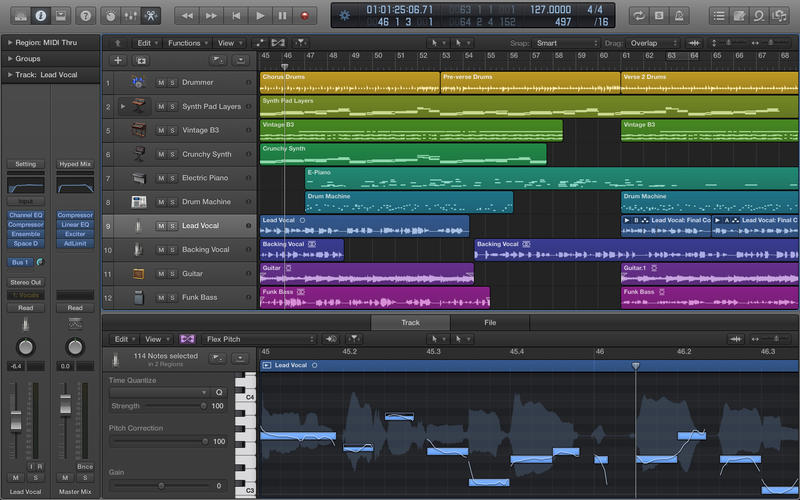 Apple released a significant update for Logic Pro X Wednesday afternoon, bringing the popular pro audio software to version 10.1. The update includes an expanded sound library, support for Mail Drop and Air Drop in OS X Yosemite, and a number of other new features and improvements.

The expanded sound library contains over 200 new synth patches and 10 classic Mellotron instruments. There are also 10 new Drummers capable of producing beats in a variety of hiphop and electronic styles including Techno, House and Dubstep. We’ve posted the full 10.1 change log below.

Launched in 2013, Logic Pro X is the latest version of Apple’s premier audio workstation software, used by high profile musicians and producers around the world. It offers tools for songwriting, editing, mixing and other production tasks, wrapped in a modern interface designed to be efficient and powerful.

Version 10.1 is a free update for current Logic Pro X owners, otherwise you can find the app in the Mac App Store for $199.