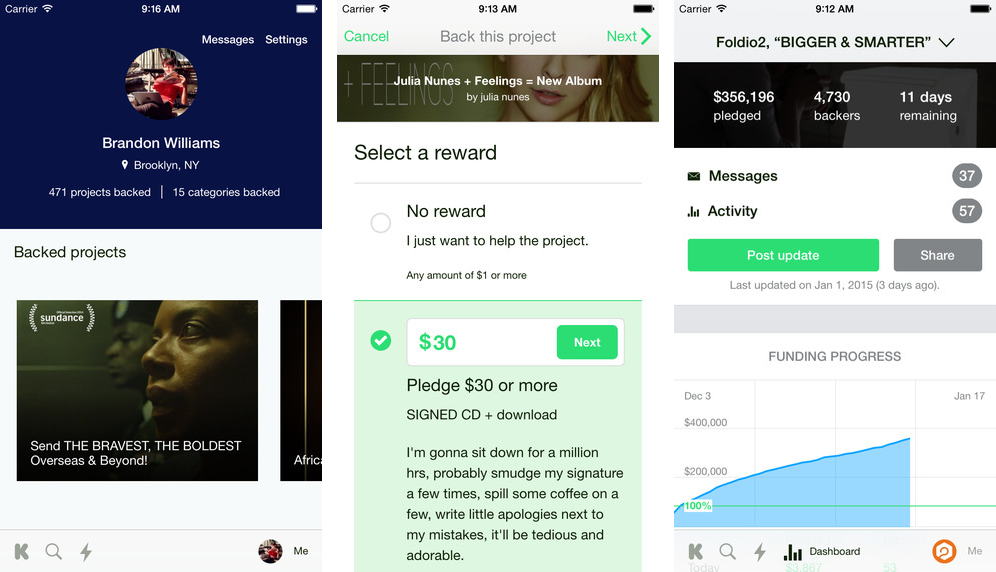 The official Kickstarter app is now available on the iPad, nearly two years following its iPhone debut in February of 2013. Not only does the software sport native tablet interface, it’s been thoroughly redesigned as well and now looks way more in line with iOS 8’s design aesthetics.

Those who have purchased an iPhone 6 or iPhone 6 Plus will be happy to know that Kickstarter will now take full advantage of the 4.7-inch and 5.5-inch screen resolutions rather than look like a ridiculously blown up version of its former self.

For better or worse, browsing Kickstarter projects is now a matter of flipping through a scrollable carousel of cards.

Each card represents a Kickstarter project with a thumbnail and a short description. The carousel view can be filtered by category and projects sorted by popularity, recency and funding.

Check out the iPad UI below. 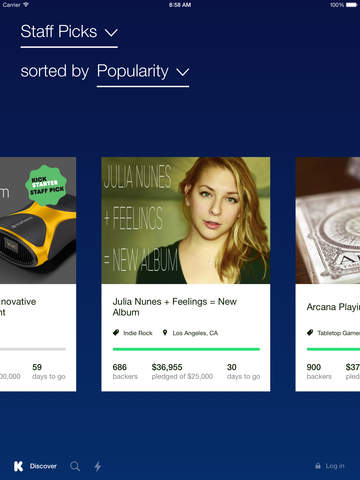 For the sake of comparison, this is what the app looked like when it launched on the iPhone. 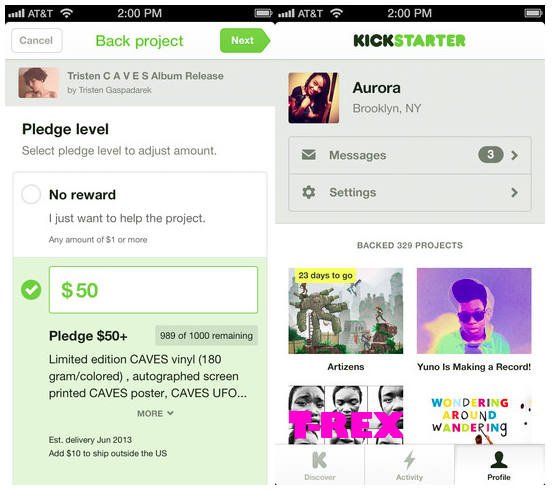 Clearly you can see and appreciate the work the team has put toward improving the overall design aesthetics, legibility and organization of content and various sections.

Though now a lot easier to maneuver than before, I have a few gripes with this update, namely the amount of white space on the iPad and the need for pinching to get back to Cover Flow-style scrolling view. Speaking of which, I suspect that the album flow style may not sit well with some users.

Hopefully, a future update will address these issues and smooth out the remaining rough edges. Overall, it’s a likable and newsworthy update that you should check out, even more so if you previously used Kickstarter to discover interesting projects on your iPhone.

The 18.1-megabyte universal app requires an iOS device with iOS 7.0 or later.