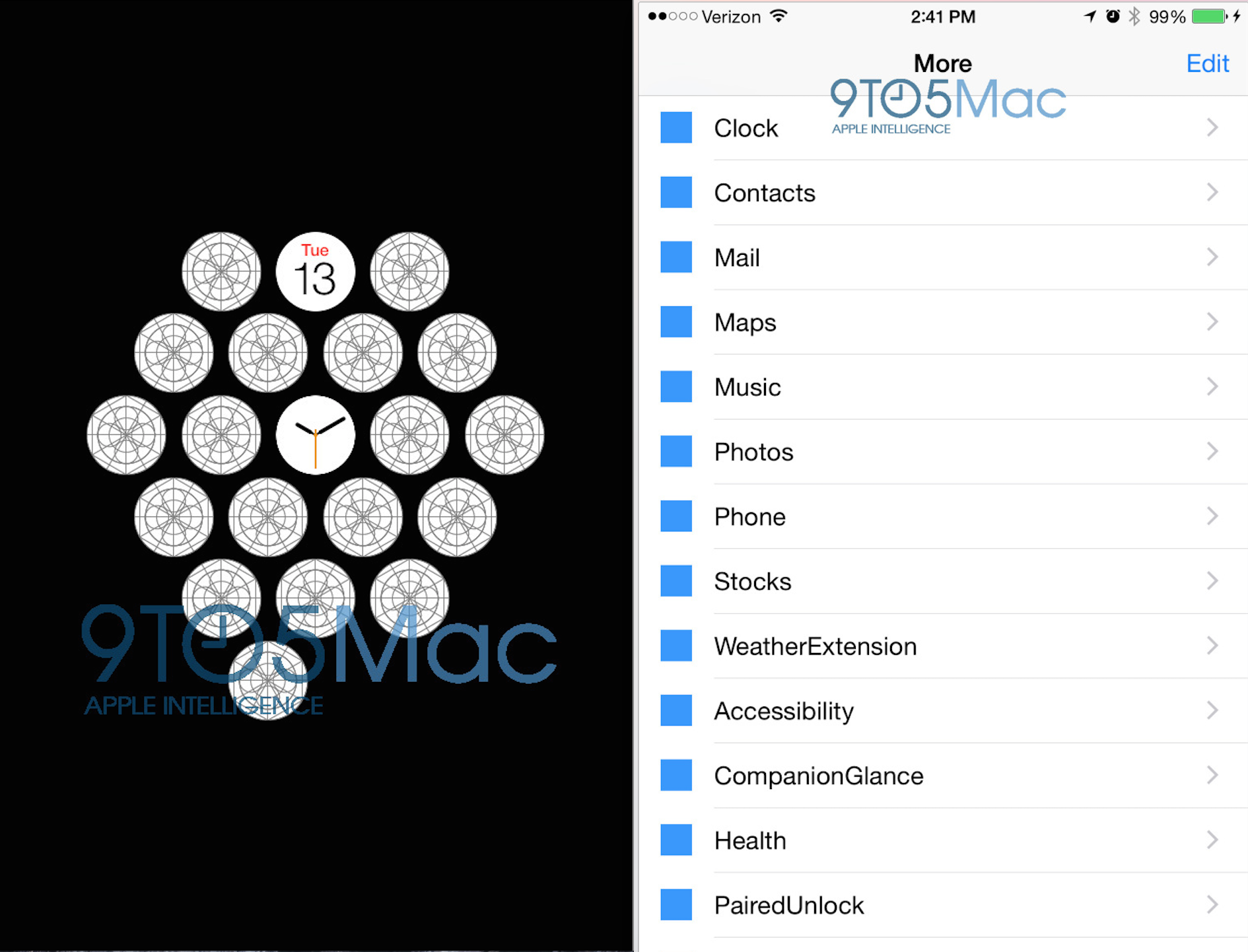 Yesterday we reported that Apple had released a new iOS 8.2 beta to developers, and that it enables pairing with the upcoming Apple Watch and its companion app. Today, 9to5Mac is out with a new report detailing that app and what it’s capable of.

Citing a source familiar with the project, the outlet’s Mark Gurman says that the “Companion” app has the ability to manage settings for Apple Watch apps, as well as settings for the wearable itself so users can customize how it interacts with iOS.

For starters, users will be able to use the iPhone app to manage the apps on the Home screen of their Apple Watch and their layout. They can also customize the Clock app, adding a monogram, a badge for notifications and default stock symbol.

In Messages, Apple Watch owners can use the Companion app to set voice dictation or audio notes as their default reply method, set their default replies, and customize notifications. And there are similar settings for Maps, Fitness and other applications.

Additionally, the Companion app will offer up details on the device itself. Users will be able to view the storage capacity of their Apple Watch, the number of songs, photos and apps onboard, and other info like serial number and connection status.

Announced in September of last year, the Apple Watch is expected to launch in March with a starting price of $349.