If you need more proof the Apple Watch is launching in March as recently reported, here it is.

Mark Gurman of 9to5Mac just discovered that installing a fourth beta of the upcoming iOS 8.2, which was seeded to Apple’s developers earlier today, enables Bluetooth connectivity with the upcoming wrist-worn device.

In addition, iOS 8.2 Beta 4 (build 12D5461b) makes it clear that the Cupertino firm is working on a dedicated app for setting up the Apple Watch and controlling it.

Tucked under the Bluetooth menu in the Settings app, iOS 8.2 features a new panel specifically for pairing an iPhone with the Apple Watch. As can be clearly seen on a screenshot below, the accompanying instructions inside the Bluetooth menu link to an unreleased “Apple Watch app” for setting up and controlling the wearable device. 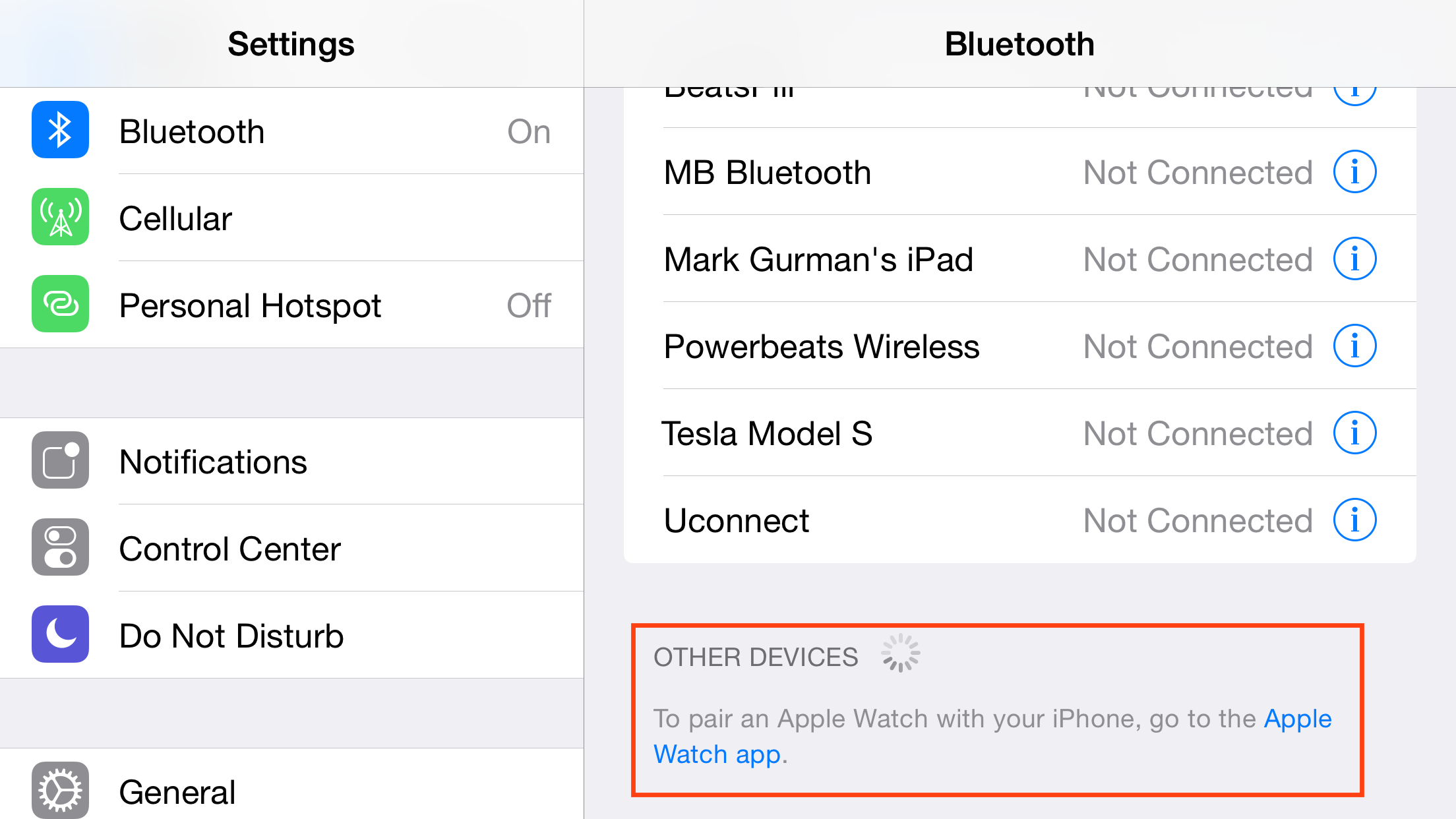 Oliver Chavarel additionally discovered that users will even be able to manage iPhone settings from the Watch itself like setting sounds and airplane mode, choosing wallpapers and more, and even ping the device in case it gets misplaced.

It’s been recently discovered that installing Watch apps will require installing an Apple Watch app on an iPhone, which will be used to download apps onto the Watch and manage settings of the wrist-worn device.