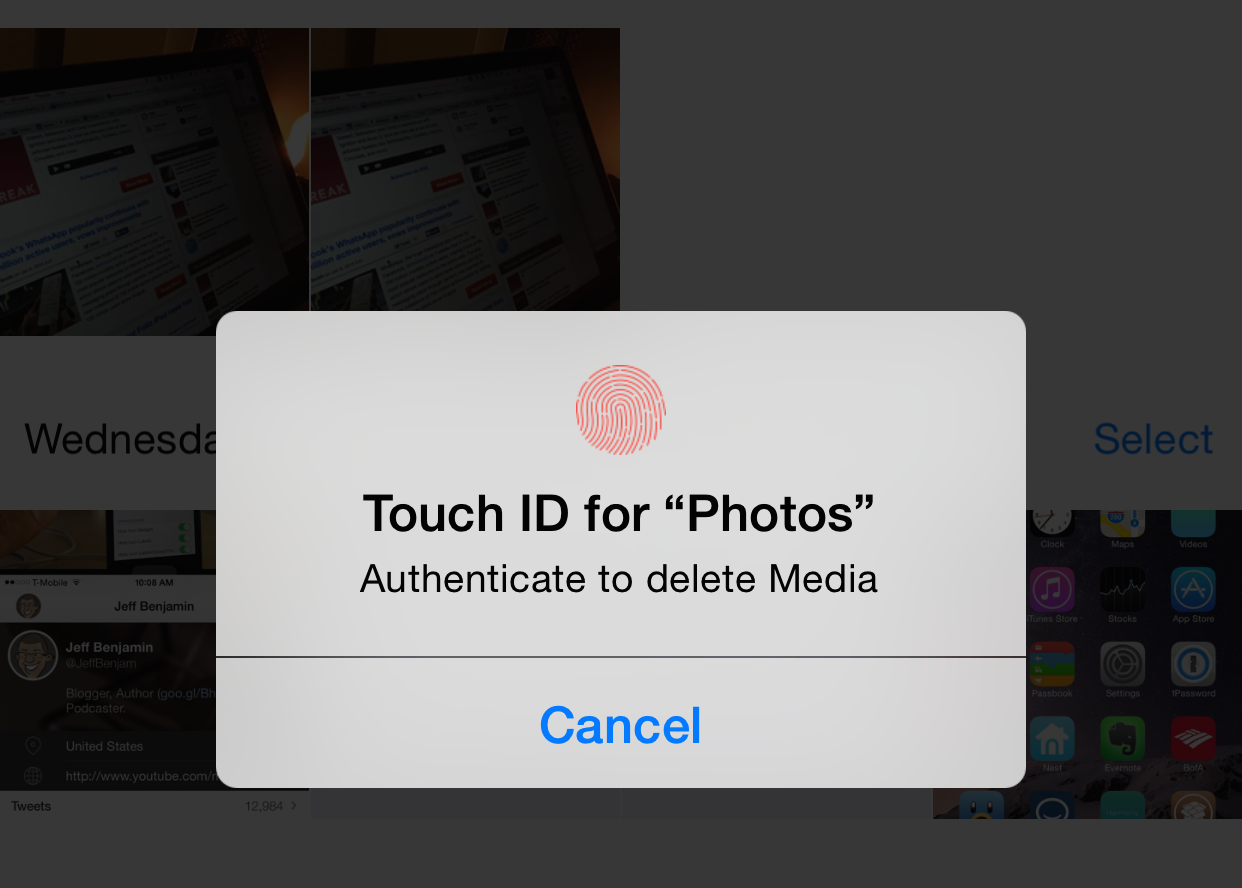 To set up Photego, venture over to the tweak’s preference panel in the stock Settings app. Unfortunately, Photego doesn’t feature an icon next to its preference panel, which makes it feel a bit unpolished. Hopefully, the developer will take the step to add an icon in a future update.

The settings for Photego consist of lots of switches. There’s a kill-switch for starters, a switch to protect the tweak’s preferences via Touch ID, and all sorts of security switches for protecting the Photos app.

Users can use Photego to prevent photo deletion, recovery, album perusal, sharing, and more. All of this is accomplished via Touch ID fingerprints, which should already be established in your iPhone’s Touch ID settings.

Obviously, given the nature of this tweak’s explicit reliance on Touch ID, you’ll need a Touch ID enabled device, like the iPhone 6 or 6 Plus, in order to enjoy its benefits. If you meet the criteria, and you’re interested in taking a granular approach when it comes to photo security, then you’ll want to look into Photego.