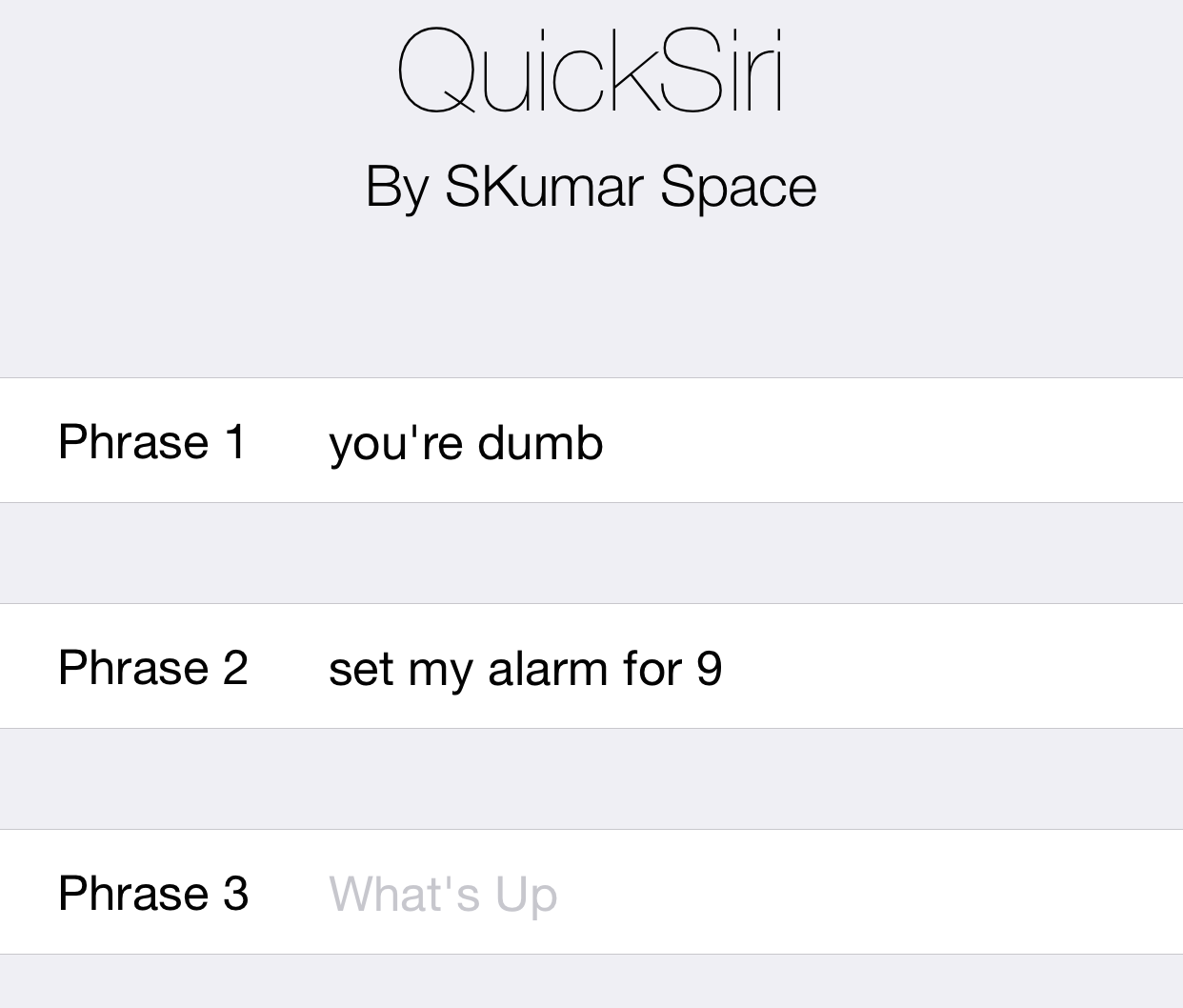 Do you find yourself using the same Siri commands over and over? I know I do. I always use Siri to tell me the time, and I always use Siri to set alarms. My Siri usage is very limited, so a jailbreak tweak that lets you instantly invoke Siri with a canned command seems right up my alley. Enter QuickSiri, a brand new Cydia release that makes it ridiculously easy to get a fast response from Siri via a canned inquiry.

QuickSiri features the ability to pre-set up to five different canned phrases via its preferences. The tweak’s settings provide you with some suggestions, but you can easily come up with your own unique queries and enter them in line by line.

Once you have your canned phrases established, head over to the Activator preferences to link an Activator gesture with each QuickSiri canned text entry. After that’s all set up, use the Activator gesture to immediately acquire a response from Siri to your canned command. Like the What’s this song, Siri? Activator add-on that we reviewed earlier today, QuickSiri results in an immediate response with no need for you to utter as much as a single word. 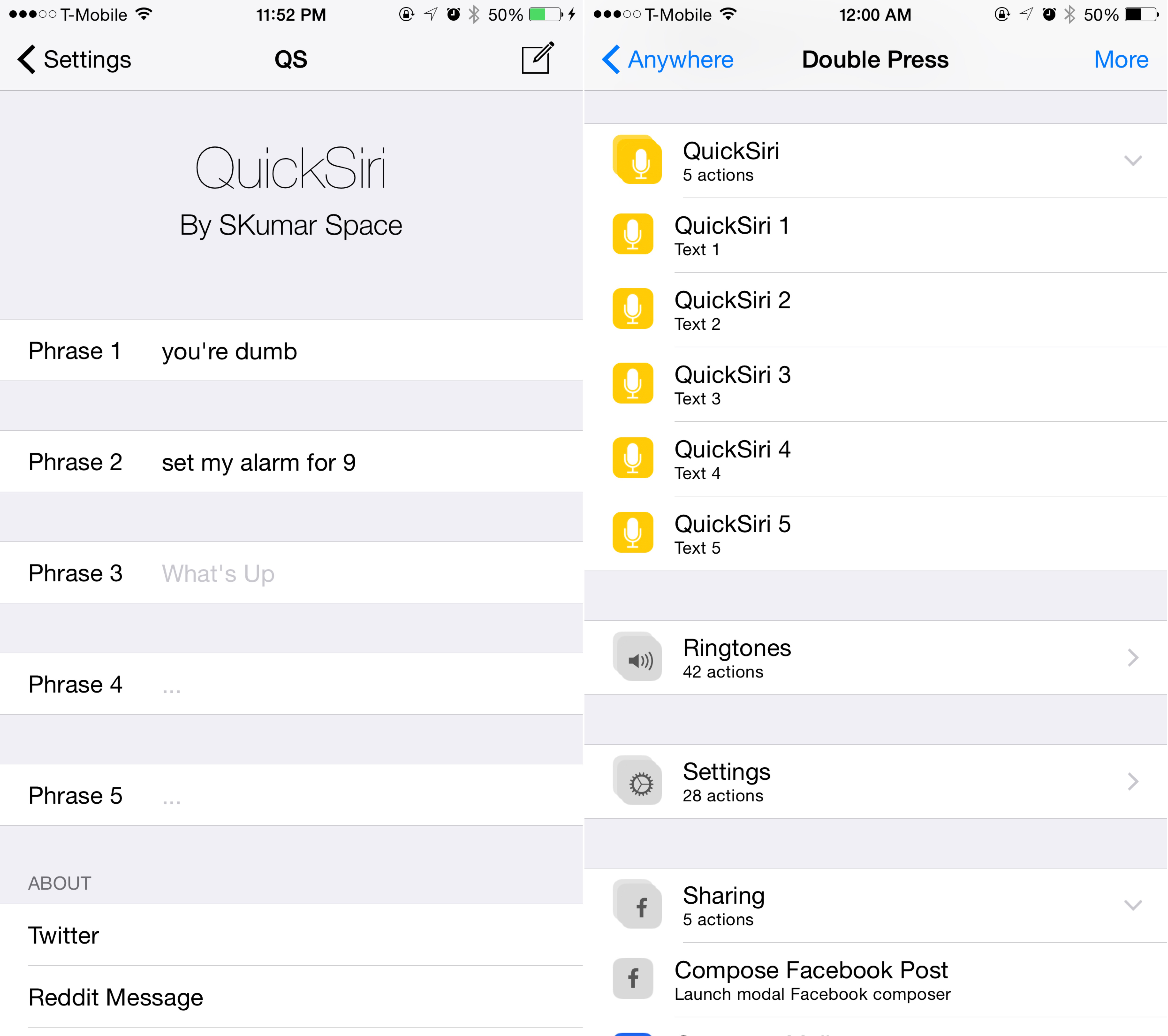 If you’re someone who’s always using the same Siri commands over and over, or if you just want a faster response to commands that you use more than occasionally, QuickSiri is a great way to do so. It’s also fun and entertaining to use, as you’ll see from our video walkthrough above.

Want to try QuickSiri? Mosey on over to Cydia’s BigBoss repo where it can be downloaded without cost. Once you do, have a go at the comments section below and let us know what you think about it.