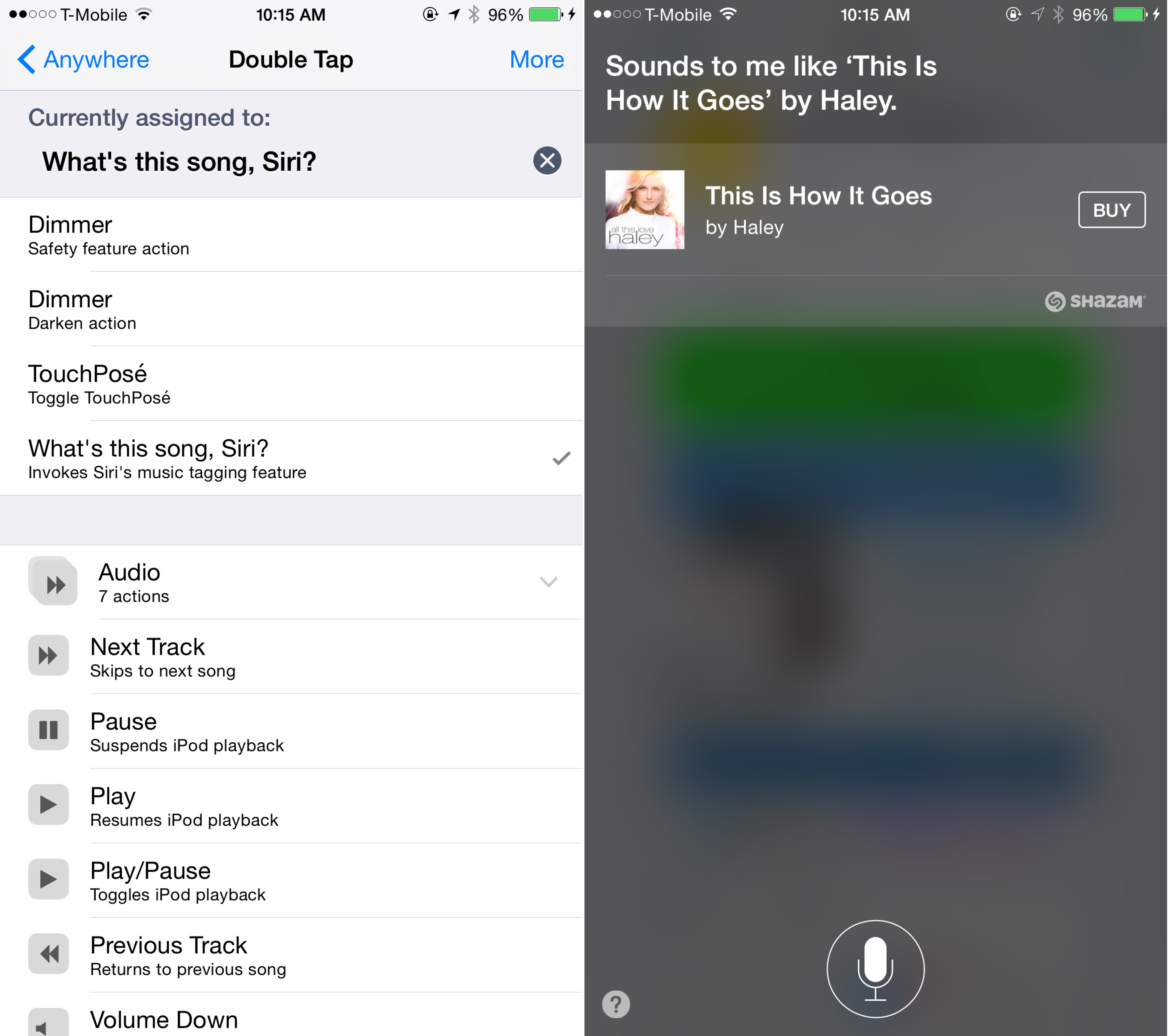 Some may instantly wonder why you would need to add an Activator gesture since invoking Siri and asking her what song is playing isn’t exactly a laborious task. The best answer that I can come up with is that using an Activator gesture doesn’t require you to speak at all. This, in theory, results in a much more discrete inquiry.

Say, for instance, that you hear a song, perhaps a classic, that you know you should recognize. Instead of having to ask Siri and embarrass yourself, you simply use the assigned Activator gesture, which requires no vocal input from you. That may seem like a far-fetched scenario, but that’s the best that I could come up with.

If you want to try What’s this song, Siri?, head over to the BigBoss repo where it can be had free of charge. Be sure to use the comment section below to voice your thoughts and opinions on the add-on.