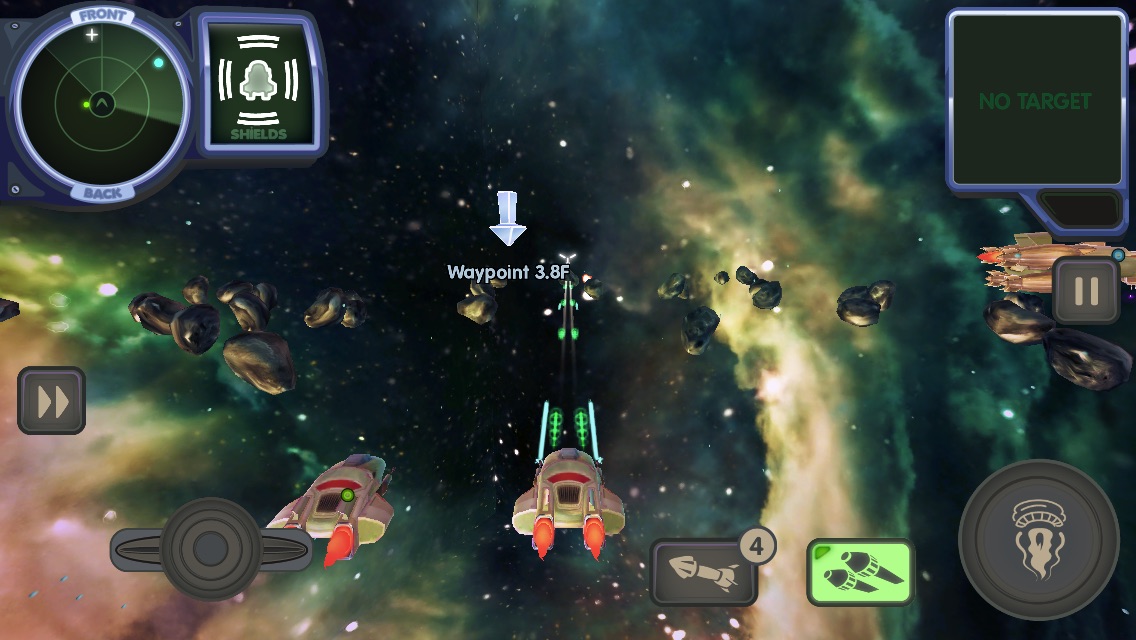 In August, a fun little space shooter launched in the iOS App Store under Bulky Pix, but had since been pulled due to ownership rights issues. The game’s original developer, Philipp Seifried, has been able to re-release the title under his own name.

In order to make the transition into his ownership easier, Seifried has made Ace Ferrara & the Dino Menace available in the App Store for free until Jan. 2. You can now take on the entire dino invasion on your own.

This space shooter features a young upstart by the name of Ace. As this new recruit, you will learn how to fly, target, and attack with your ship. Then, you’ll be sent out on about two-dozen missions that involve reaching waypoints, fighting dastardly dinosaurs, and protecting humanity. 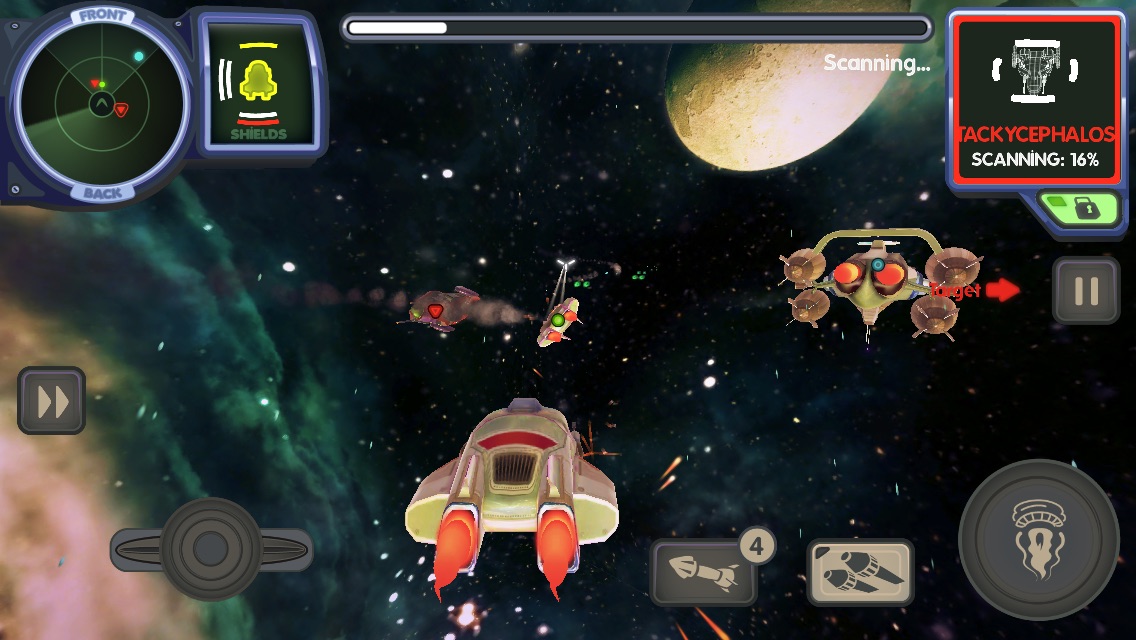 Using a sideways slider on the left side of the screen, players turn the ship to the left or right. A hard turn will send you into a barrel roll. The acceleration mechanism is on the right side of the screen, but only appears when you actually touch the screen. You can speed up or slow down using the accelerator to get to your destination. If you are traveling a long distance, you can speed up time using the fast-forward button on the left side of the screen. You can also get a quick jump by tapping the booster jets. While time is sped up, pay attention to where your ship is headed. It doesn’t take long to get off track.

Once in combat, you can select a target by getting it in your sights and then tapping the target icon. This will help you track your enemy, but won’t guarantee a hit. You’ll have to maneuver your ship to help aim. When the base weapon is triggered, it will be set on auto fire. Tap it once to activate it. Tap it again to switch it off. 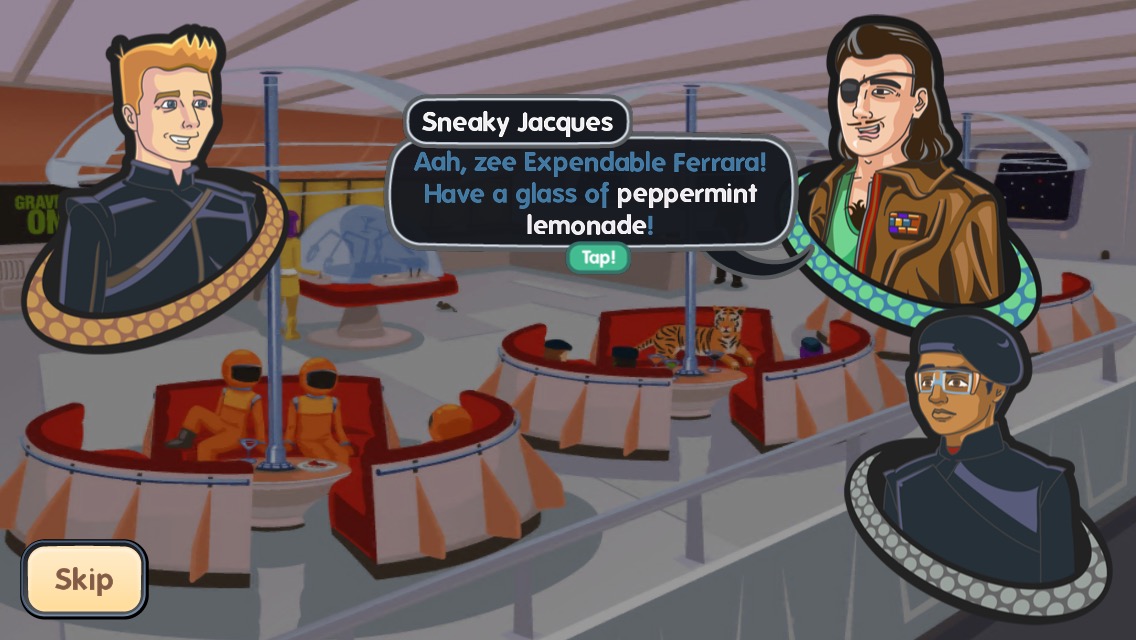 In some missions, you’ll have to scan ships before destroying them. Fly near a ship to scan its data, but don’t attack until you’ve received the download. Then, fire away. There are 25 different missions, each with different tasks to complete, like destroying a space station, maneuvering through asteroid fields, and more.

The game also features a particularly clever storyline. If you are the type to jump in and start shooting, no questions asked, you could skip the story. However, I highly recommend going into the Recreation Deck to follow the exploits of Ace, his buddies, the cyborg cats, and an entertaining cast of characters.

Ace Ferrara & the Dino Menace is available on the iPhone, iPad, and iPod touch for free until Jan. 2. After that, it will go back to the regular price of $2.99. Download it in the App Store today.

What do you think of this space shooter? Let us know in the comments below.