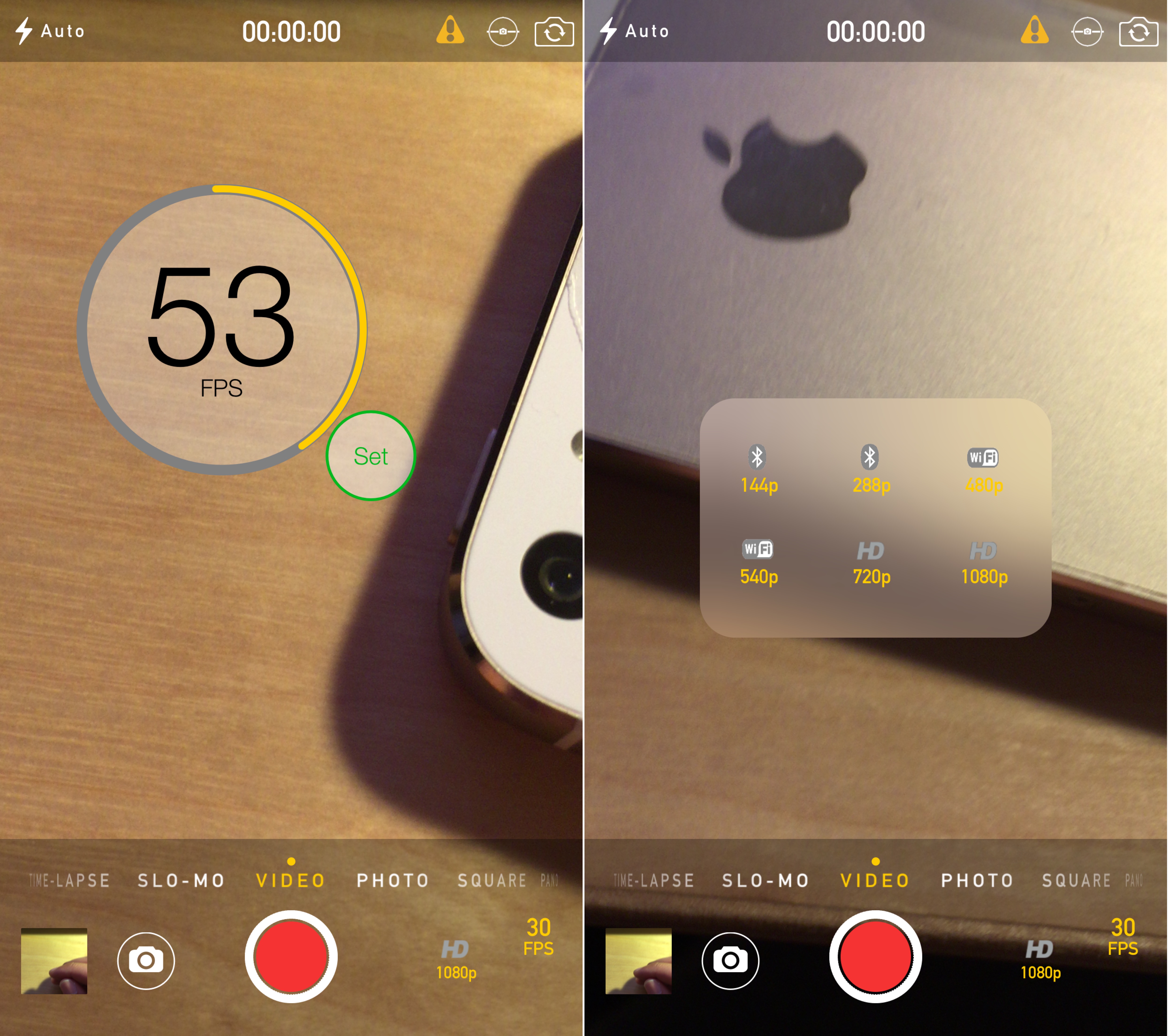 The CameraTweak series of jailbreak tweaks is a long-running series that first debuted over two years ago for iOS 6. At the time, it brought many features to the iPhone’s Camera app that were sorely missing. Things like adding a countdown timer and improved exposure and focus control are just a few of the enhancements that jailbreakers welcomed with opened arms. Now that the stock Camera app has been dramatically improved in iOS 7 and iOS 8, is CameraTweak 3 the compelling tweak that its predecessors were?

Although, admittedly, the tweak isn’t as groundbreaking as it once was, I still can find reasons to use CameraTweak 3, especially if you’re an avid iPhone photographer or videographer. Yes, iOS now lets you set timers, do time lapse photography, and even shoot video at 60FPS. But there are still some other features that only a release like CameraTweak 3 can provide. 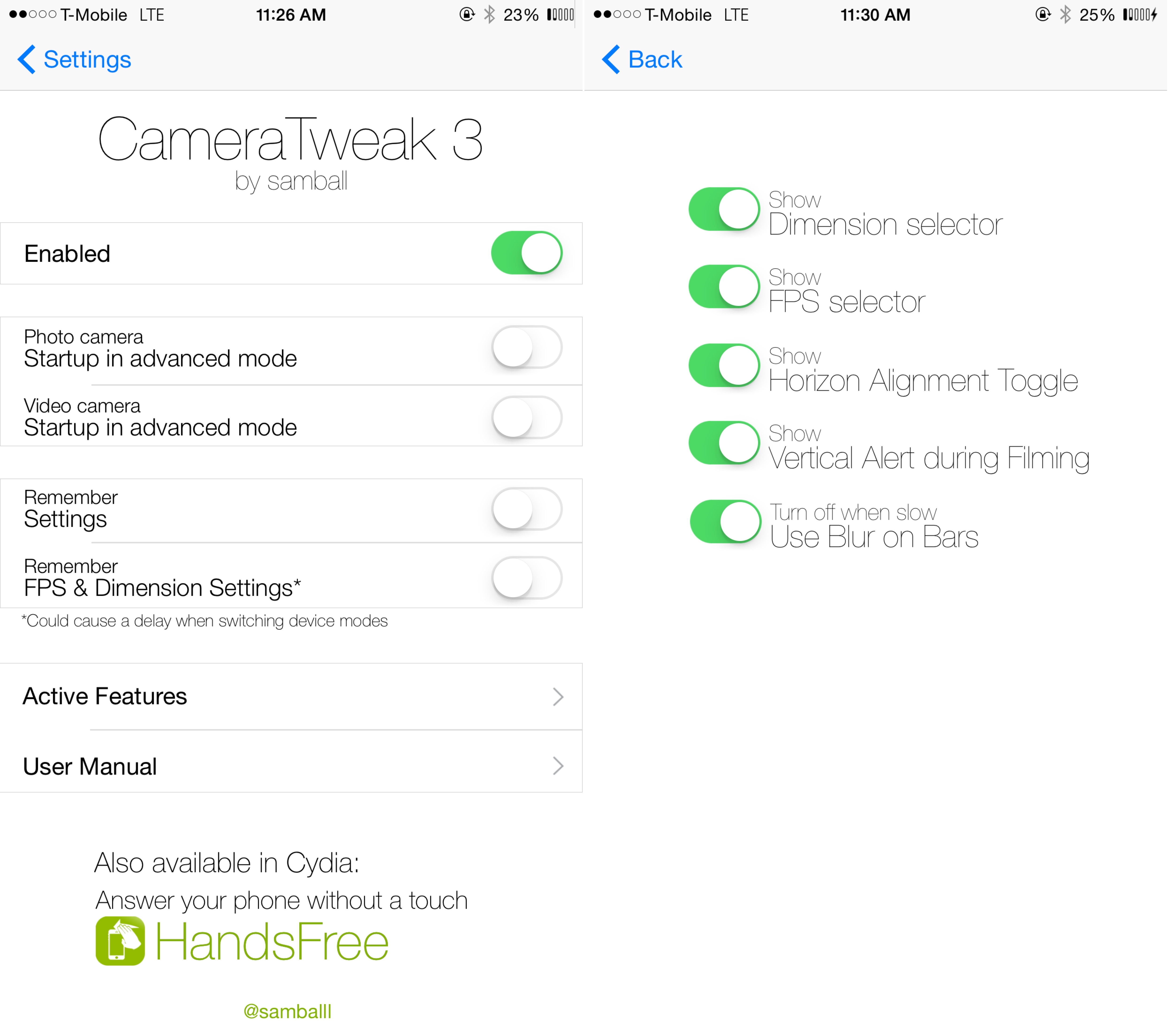 In the stock Settings app, you’ll find a preference panel for CameraTweak 3. Inside the preferences, you can enable of disable the tweak, toggle the startup settings for the photo and video advanced modes, etc. You’ll also find CameraTweak 3’s user manual inside of its settings. There, you can learn a great deal about some of the features that the tweak offers, which is a recommended starting spot for those of you new to things.

As you can see, many of the features are present, at least in some form, in the stock Camera app. iOS 7 and iOS 8 really were huge strides for the stock iOS Camera, and that really becomes apparent after looking at the overlapping features in CameraTweak 3. I have to admit, it’s somewhat disappointing to find that there aren’t many new innovations in this tweak to continue pushing the envelope like the previous two versions did. 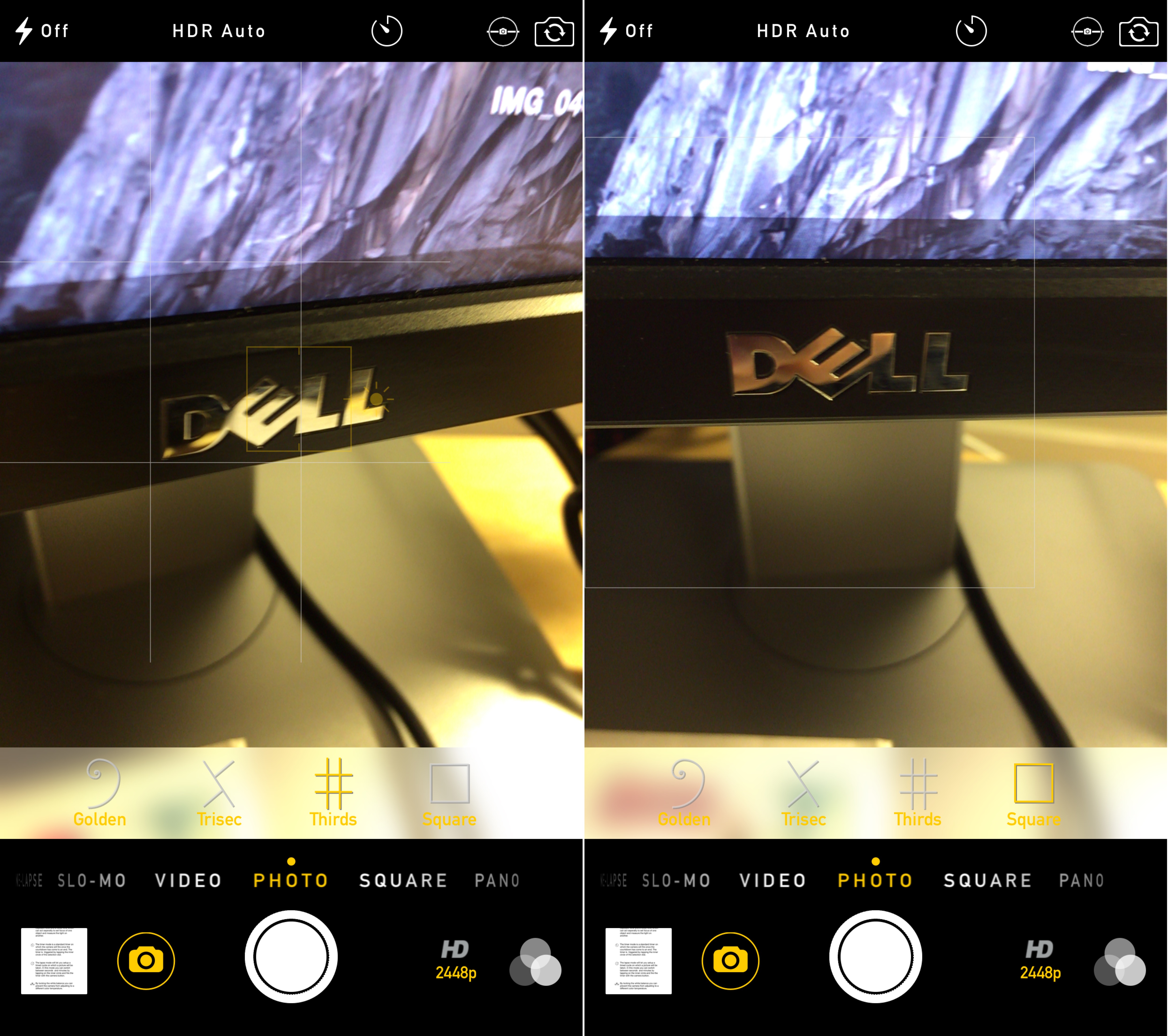 That said, there are still a few super-handy features to be found in CameraTweak 3. One of my favorite features is the ability to change the FPS settings for video on the fly right within the Camera app. In stock iOS 8, you can change the FPS setting, but you have to exit the app and venture to the Photo & Camera settings in order to do so. Even then, you’re stuck between choosing 30 and 60 FPS. with CameraTweak 3, you can choose a range between 3 and 120 FPS, albeit anything over 60FPS will automatically be downgraded to 720p.

For $1.49 (BigBoss), there are definitely worse tweaks that you can spend your hard-earned money on. If you’re an avid photographer, you’ll definitely derive some benefit from CameraTweak 3. I do wish, however, that a developer as talented as Samball would have put a little more effort into making CameraTweak 3 just as forward-thinking as the previous two versions, but perhaps the ceiling has been reached with what you can realistically do with a Camera app tweak.