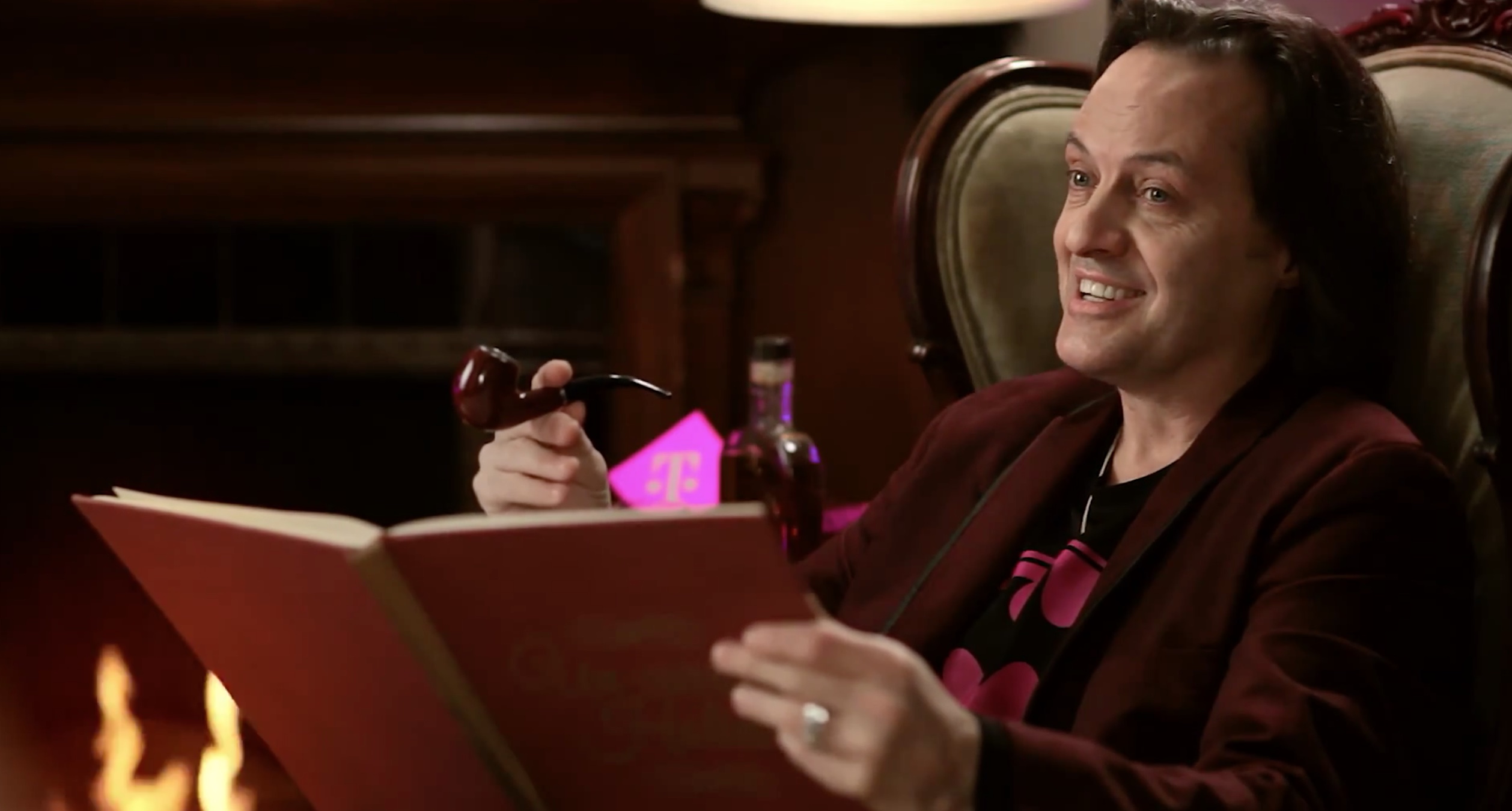 You’ve seen Apple’s moving Christmas ad so how about some Un-carrier holiday greeting? T-Mobile, America’s only Un-carrier, did just that with its new holiday ad posted to YouTube on Monday.

Featuring its outspoken boss John Legere, the tongue-in-cheek video depicts the CEO sitting cozily in a chair and grinning mischievously as he reads us a magical story from the land of the Un-carrier.

As you might imagine, he couldn’t refrain himself from dissing competitors and firing potshots at Verizon, AT&T and Sprint. And if you for one second thought a holiday greeting from Legere should be profanity-free, think again!

The full clip runs two minutes and seven seconds long, here it is.

Is it just what you’d expect from them or has the company gone a little too far this time around given we should be getting ourselves in a festive, not competition-dissing, mood?

He does have a soothing voice though.