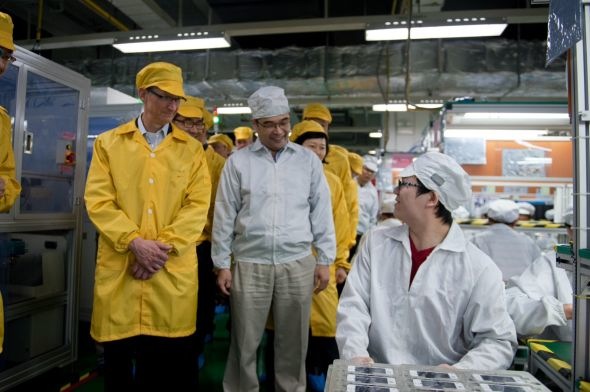 Pegatron, the Apple supplier at the center of a blistering BBC report last week, said in a statement Monday it will inspect all the negative claims carried in the report and will start implementing improvements to ensure the problems are solved.

The statement, filed on the Taiwan Stock Exchange where Pegatron trades, made no mention of Apple, as the Cupertino-based company isn’t the only electronics firm it produces for.

Pegatron said it has established a high standard for and provided strict training to both its management and workers, and external inspectors also regularly check on its facilities to see if there is room for improvements, Digitimes translated. Furthermore, the company said it offers many channels for employees to make suggestions and complaints, and that in 2014, 94 percent of them were resolved within three days.

The BBC report alleged standards on workers’ hours, ID cards, dormitories, work meetings and juvenile workers were being breached at the Pegatron factories. It even recorded workers falling asleep on the production line after a 12-hour shift.

“Panorama’s report implied that Apple isn’t improving working conditions,” Cook said. “Let me tell you, nothing could be further from the truth.”

The BBC used undercover reporters to find issues within the supply chain. One reporter found the longest shift worked to be 16 hours, and at the end just wanted to sleep – not even wanting to get up and eat. Another worker had to work 18 days in a row without a day off, even with requests for days of rest.