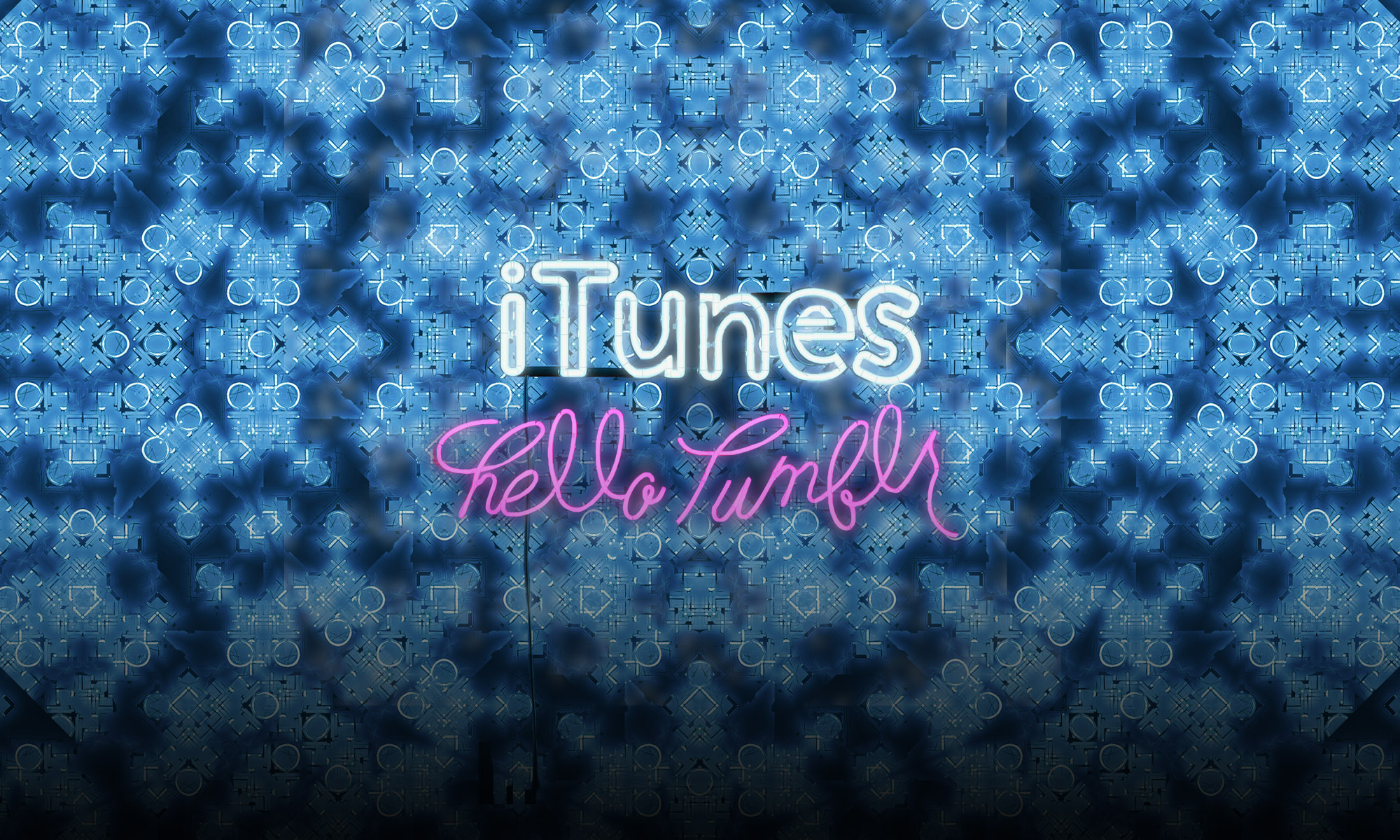 As first noted by 9to5Mac, Apple has expanded its social presence with a brand new blog dedicated to iTunes content and hosted on Yahoo-owned Tumblr platform.

Now available at the itunes.tumblr.com URL, the blog highlights a curated selection of movies, television shows, music and books carried on the iTunes Store.

A special emphasis is given to Apple’s Best of 2014 charts that were published on iTunes last week. If memory serves me well, this is Apple’s second official blog on Tumblr following odd iPhone 5c web adds and Tumblr presence which was supposed to resonate with the blog platform’s younger audience.

As can be seen on the screenshot below, the iTunes Tumblr blog is basically a series of rotating images, videos and animated GIFs of content. Visitors are permitted to reblog any entry via their own blog or post links to social media. 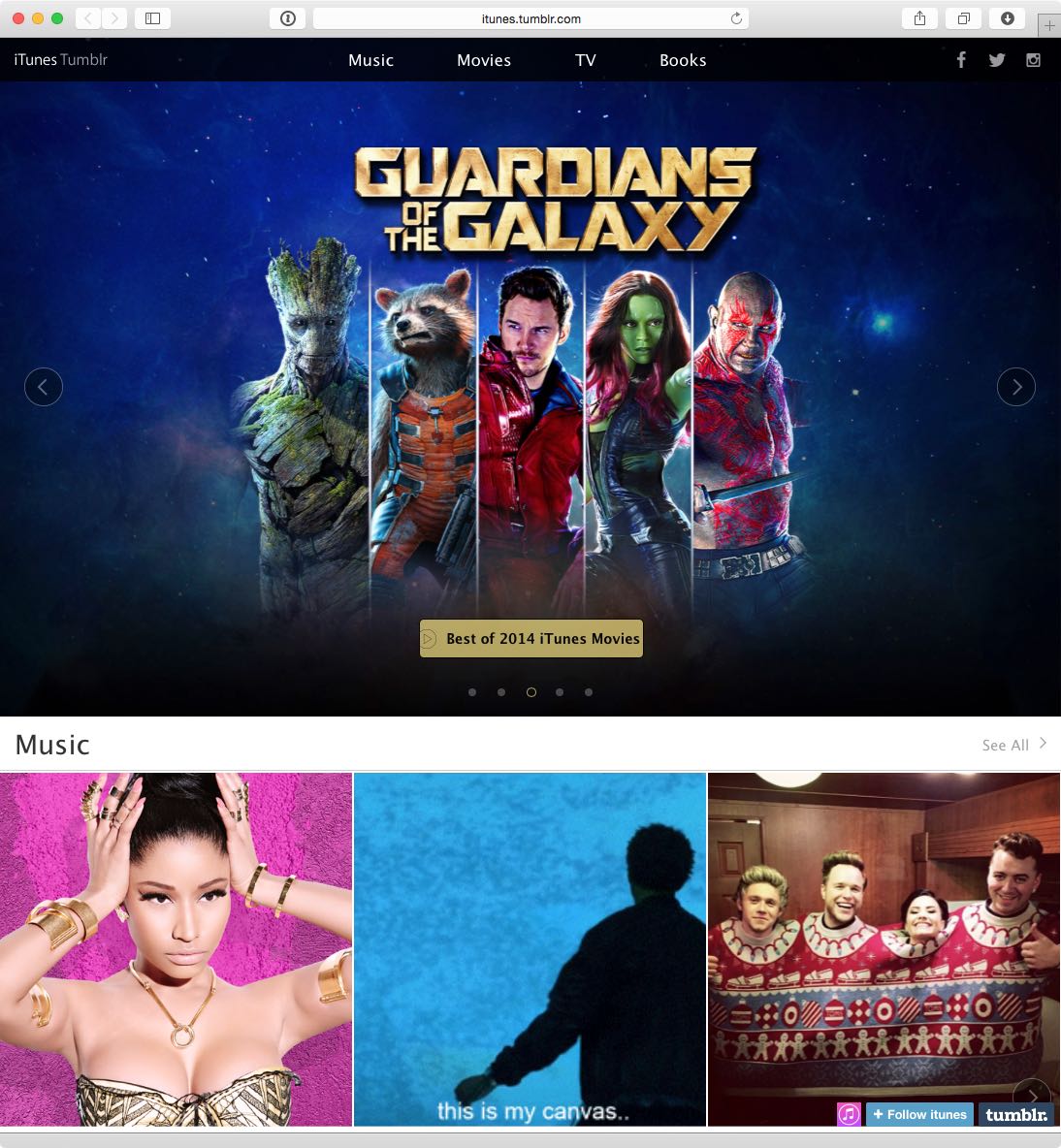 According to a recent listing on Apple’s Jobs webpage, the company is looking to hire a new Head of Social Media and Content that will be based in Culver City, where Apple-owned Beats has its headquarters and TBWA’s Media Arts Lab marketing shop is located.