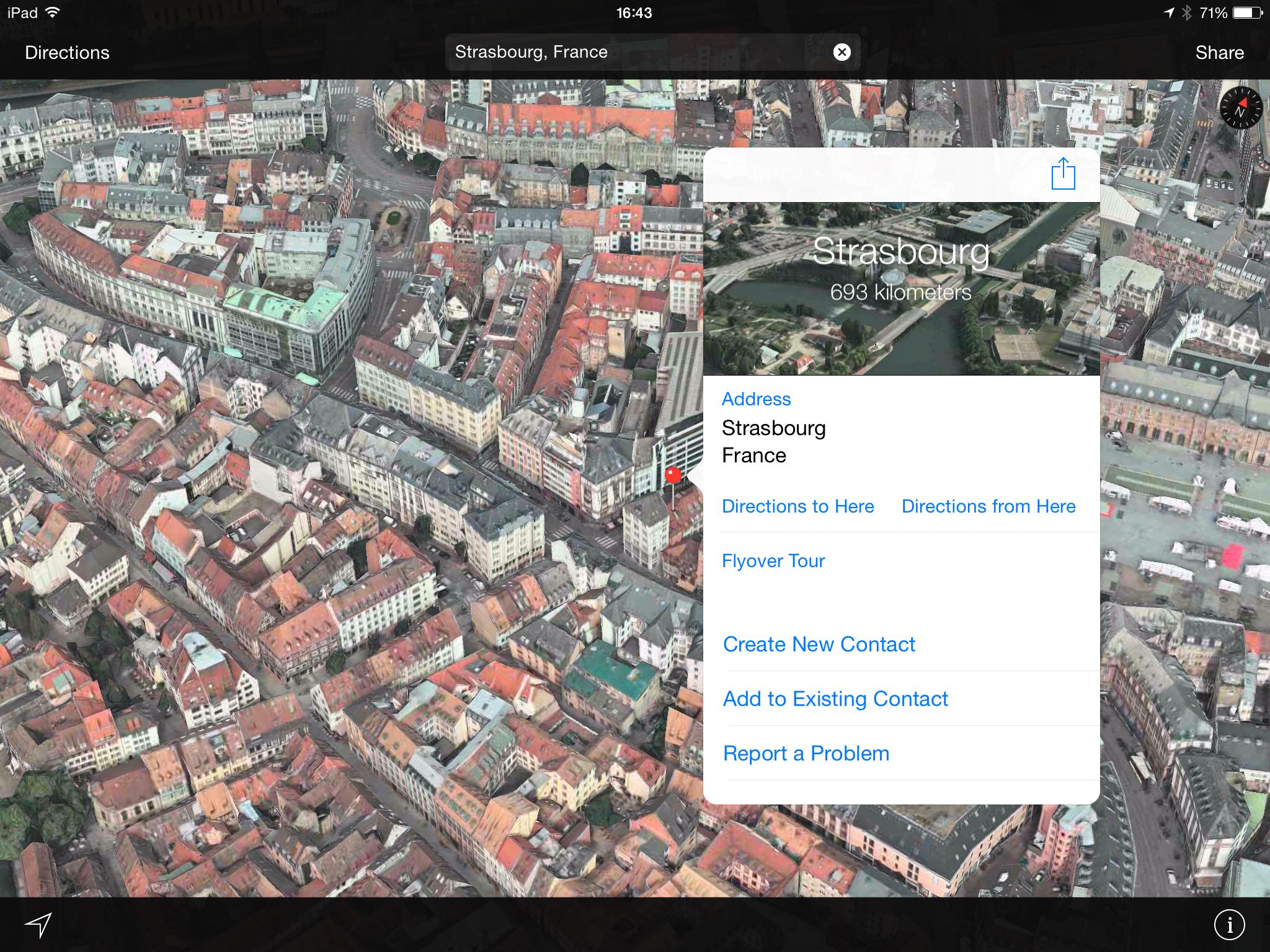 After introducing nine new markets to its three-dimensional Flyover view in its in-house mapping service earlier this month, Apple has now brought 3D aerial imagery along with virtual city tours to three new locations across Europe.

Specifically, customers who live in the city of Strasbourg, Dijon or Millau in France, Hungary’s Budapest, Sweden’s Malmö or in the city of Rotterdam located in the Netherlands are now able to enjoy a highly-detailed 3D representation of their city or take a City Tour.

Moreover, MacPlus [Google Translate] discovered that Flyover has become available in France’s Millau (including its famous viaduct) and Dijon, the capital of Burgundy which is an administrative and historical region of east-central France.

And in addition to Malmö, our Swedish readers should also check out 3D imagery of the city of Linköping and Stockholm, the capital of Sweden and the most populous city in Scandinavia. Commenters pointed out that Flyover is also available for Budapest in Hungary.

To see if a Flyover City Tour is available for your city, fire up Apple Maps on your iPhone, iPad or Mac, hit the search field, type in a desired city name and then click on its pin on the map. A sheet will pop up with more information about the location.

Apple has been expanding Flyover coverage with recent additions of the Yosemite National Park in the United States and nine new landmark locations added earlier this month, including several new cities in France, New Zealand, US and Sweden.

With today’s coverage expansions, Apple Maps now has more than a hundred locations with 3D Flyover imagery, with approximately half having City Tours available.

To see which Maps features are available in your area, consult Apple’s iOS Feature Availability webpage.

Thanks to everyone who sent this in.