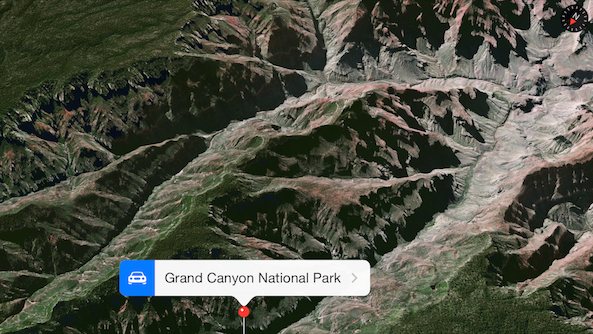 Apple this week added a handful of new locations to the 3D Flyover feature in its iOS and OS X Maps applications. The new locations include areas in France, landmarks in Arizona, and other popular spots in the US, New Zealand and Sweden.

First introduced in Apple Maps when it launched alongside iOS 6 in 2012, the Flyover feature allows users to take close-up, 3-dimensional looks at buildings, landmarks and other areas. With today’s additions, there are over 100 Flyover locations.

In addition to the new Flyover locations, Apple has also added movie showtime listings to Siri for several new countries including Australia, France, Germany, Mexico, and Spain. Users in these areas can now ask the assistant for movie times and details.