Do Not Disturb is a great feature in iOS, and it’s one that I use quite often. However, from time to time, I forget to disengage Do Not Disturb, and it causes me to miss texts, phone calls, etc. Yes, it’s a great feature, but it can be a little dangerous if you have the tendency to forget to turn it off, especially if you have it set to silence notifications even when the phone is unlocked.

DisturbMeLater is a newly released jailbreak tweak that can help alleviate this issue. It allows you to establish a time interval when Do Not Disturb will disable by itself with no user interaction. This differs from the schedule feature in Do Not Disturbs settings because you can set it on the fly directly from Control Center, which makes it much less tedious to use. 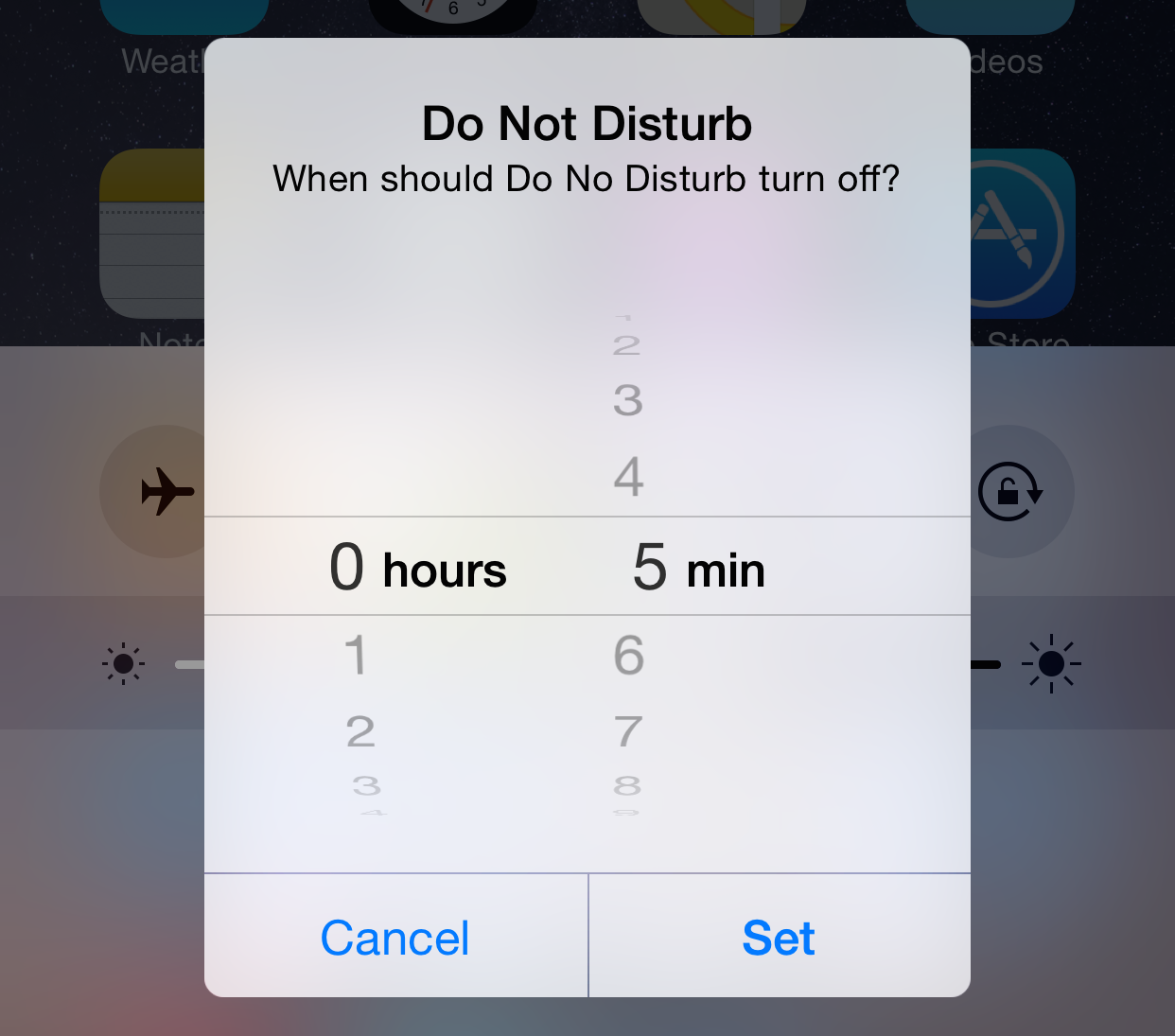 DisturbMeLater is a great new jailbreak tweak for those of you who are like me, and often use Do Not Disturb mode. It can save you from missing out on important notifications that you may otherwise miss from forgetting to turn off Do Not Disturb.

Head over to Cydia’s BigBoss repo where you can find DisturbMeLater free of charge. Share your thoughts on the tweak below.