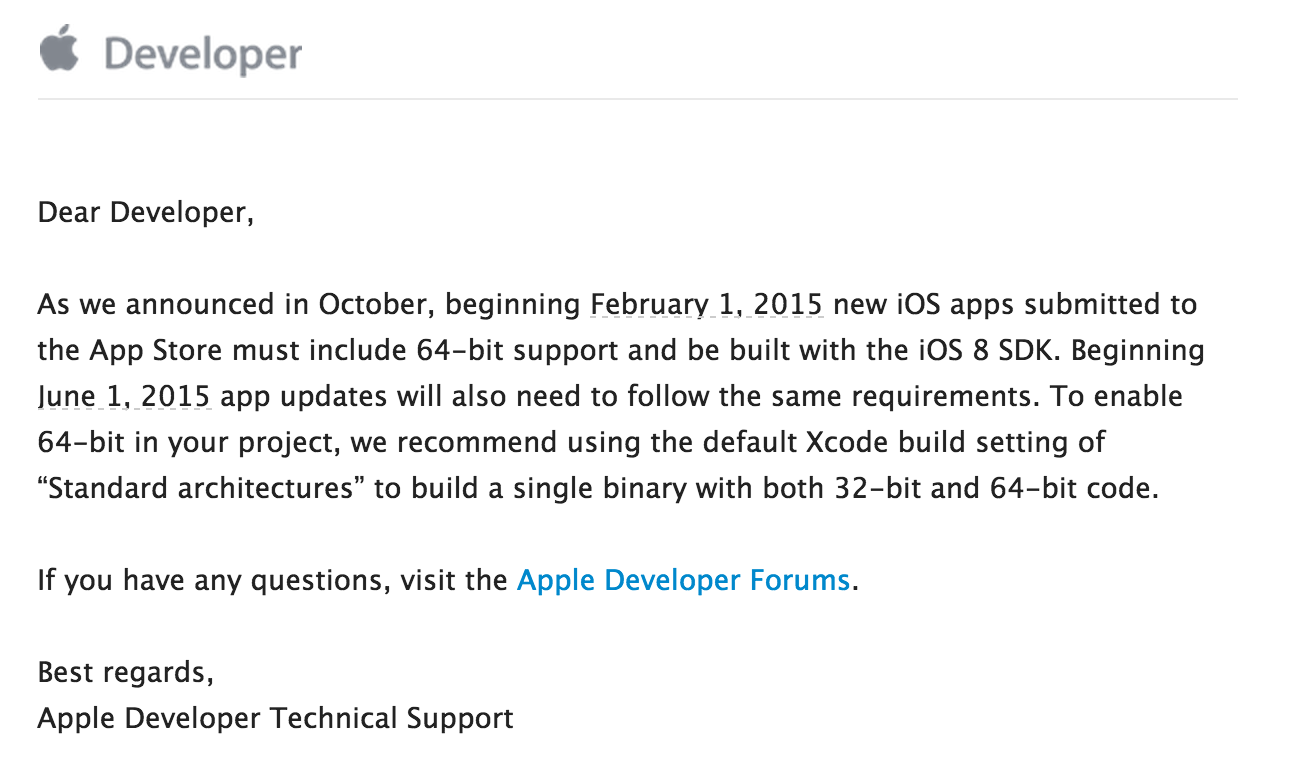 Apple sent out an email to registered iOS developers on Wednesday, reminding them that beginning February 1, 2015, new apps submitted to the App Store will have to feature 64-bit support and be built on the iOS 8 software development kit.

Furthermore, Apple says that beginning June 1, 2015, new app updates submitted to the App Store will need to include 64-bit support and be built with the iOS 8 SDK.

Apple sent out the email just in time for the App Store review team to leave for holiday break December 22 to December 29.

Apple brought 64-bit support to the iPhone 5s in 2013, and of course extended it to the iPad, iPhone 6, and iPhone 6 Plus. The iPhone 5c is the only current device in Apple’s lineup to not see the performance benefit of a 64-bit chip architecture.

Update: A previous version of this article incorrectly stated apps would be suspended if not updated with 64-bit support.