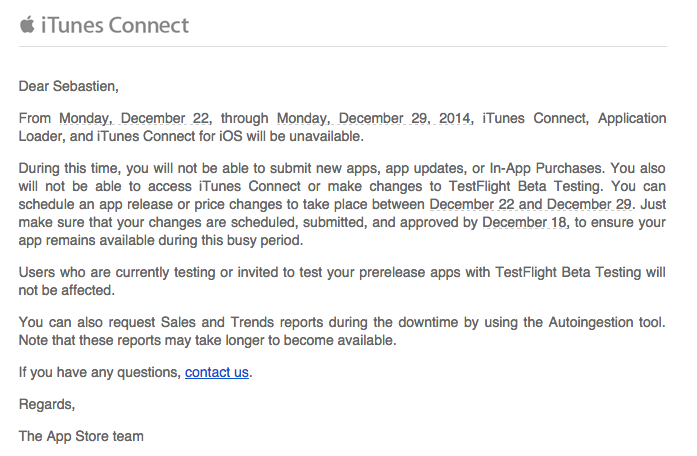 Apple announced to developers on Wednesday evening it will be shutting down its iTunes Connect service December 22 to December 29 as part of the holidays.

In an email to registered developers, Apple said: “During this time, you will not be able to submit new apps, updates, or In-App Purchases.” While the connect service will be shutdown, Apple will allow developers to schedule app releases and price changes during the December 22 to December 29 period.

So why the shutdown? Apple gives its iTunes Connect employees the week off for the Christmas holiday. Any changes that developers want to occur during the time, they must submit their app changes by December 18 “to ensure your app remains available during this busy period.”

During the time, Apple will also cease access to iTunes Connect, Application Loader, iTunes Connect for iOS, and changes to TestFlight Beta Testing.